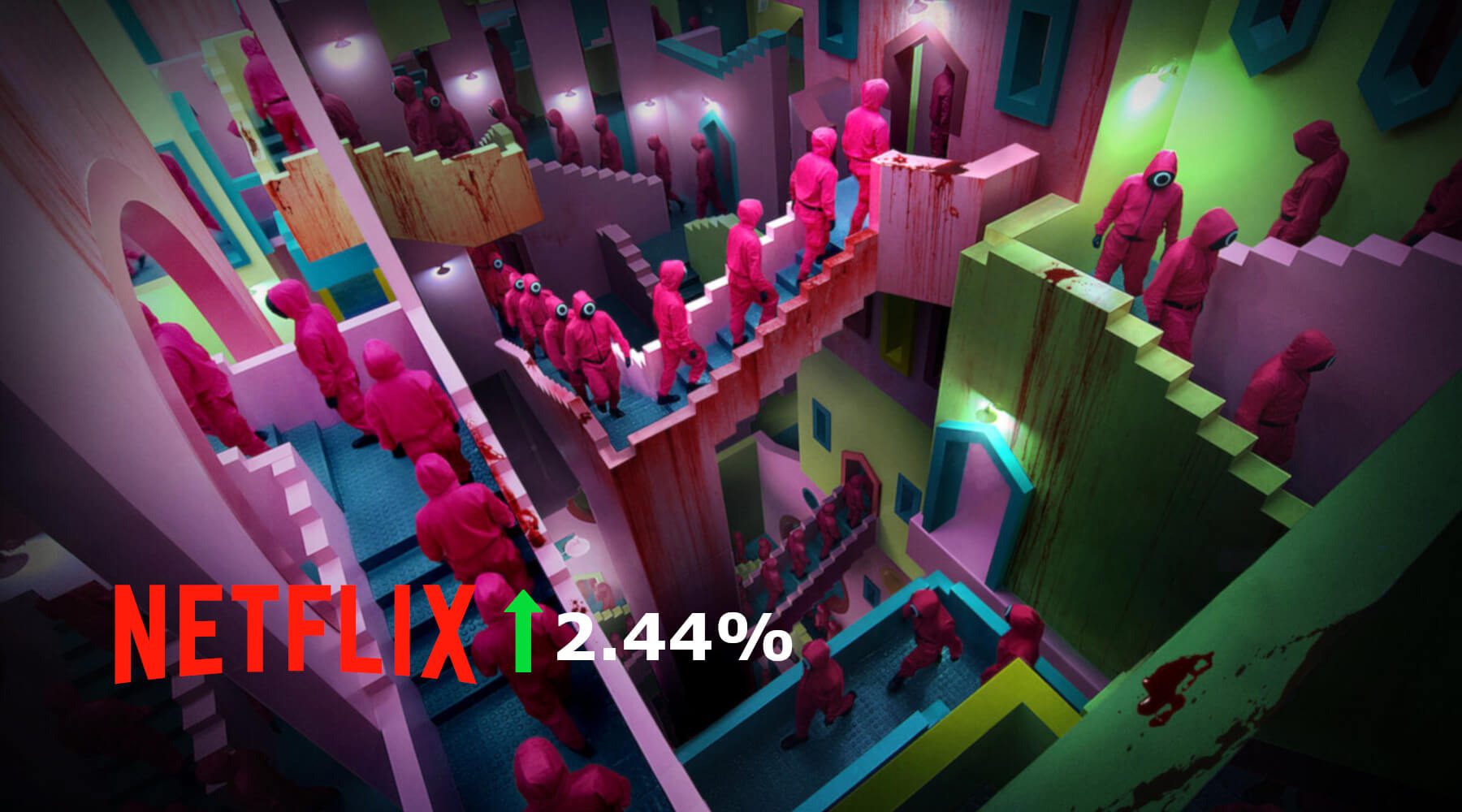 Netflix looks set to have a record-breaking show, so what should investors do next?

South Korea's latest dystopian drama Squid Game is on track to become Netflix's greatest success and is already having an impact on a number of stocks.

Released on 17 September, the 9-episode thriller, set around a violent social satire where competitors join in on a murderous competition in order to gain status and wealth, could be the streaming service's biggest ever hit.

Nine days after the release of the drama, Netflix CEO Ted Sarandos noted the show's popularity.

"There's a show on Netflix right now that is the number one in the world. Like, everywhere in the world. It's called 'Squid Game'," Netflix co-CEO Ted Sarandos said on stage at CodeCon.

"It's only been out for 9 days, and it's a very good chance it's going to be our biggest show."

With the show already being a commercial success, here are the companies set to benefit from the worldwide phenomenon.

You really don't have to reinvent the wheel on this one.

The company with exclusive streaming rights is set to benefit from the popularity of a new show.

While the benefit of a hit show on a streaming service's bottom line can be debated, the popularity of 2 shows last year saw shares in Netflix surge.

Granted, with a lockdown tailwind, last year the world's largest streaming service attracted 8.51 million new customers, helped by the popularity of hit shows including Bridgerton and The Queen's Gambit.

On the day of the announcement, Netflix shares climbed as much as 11% to US$554.60 in after-hours trading.

The popularity of Squid Game has not gone unnoticed by investors.

In the last 5 days, Netflix showed strong growth of 2.44%, pushing the streaming platform to an all-time high. Although in last night's trading the company gave back 1.60%.

The popularity of Squid Game has been a boon for Korean media stocks, with investors looking to cash in on the next hit.

One of the biggest beneficiaries is Korean production firm Bucket Studio, which saw its stock price nearly double over the course of 3 days.

Investors' interest peaked over its minority 15% stake in Artist Company, which is the home to actor Lee Jung-jae, who played protagonist Seong Gi-hun in the Squid Game.

Its market cap approached 200 billion won (US$170 million) as of Monday's closing, up from 114 billion won, when the show first aired on 17 September.

The hype in Korean media shares saw Showbox, a media film, production and distribution company, rise by 50% in 2 days of trading.

This is despite the company having no direct involvement with the TV series, although it had previously worked with Squid Game's production company Siren Pictures.

Showbox, a media company dedicated to film investment, production and distribution, fell by more than 10% Monday, soon after the company saw its stock price soar more than 50% from Thursday to Friday.

The success of Squid Game, and plans from Disney+, Apple TV+ and HBO Max to move into the Korean market, could also see strong gains for a number of other content producers.

Korean content production firms, especially small and medium-sized companies such as Astory, Next Entertainment World and Samhwa Networks could all benefit from the changes.

So we've got the streaming services and media companies, but what about those who are looking to benefit from the show's popularity?

Due to its popularity, the show has now been recreated on the noted video game platform Roblox.

While fans can mimic the show, the gaming company has signalled intent to create other games based upon Squid Game.

Investors responded positively to the news overnight, with shares in Roblox growing by 2.92%, reaching US$77.87 at the close of trading.

How to invest in Korean media shares

To invest in the Squid Game craze, it pays to understand what will be impacted and to have a rough idea on the longer term implications from the show.

After all, a strong surge in popularity does not guarantee industry wide success.

Once you’ve done your own research into the impacts that a hit TV series can have on the market, as well as understanding the risks, it’s time to open a brokerage account.

The platform you choose will depend on what markets you are looking to target. If you want to buy stocks in the US, you’ll need a US broker, such as Stake.

The same rules apply if you want to buy a Korean share, although you might need to find a different broker. Interactive Brokers will allow you to buy Korean shares from Australia.

Once you’ve picked a stock and found a broker, it is as simple as searching for the company’s name or ticker code. Some brokers might offer additional information about the company including target prices, fees associated with the trade, and experts' recommendations.