What I learned from using Google in Japan 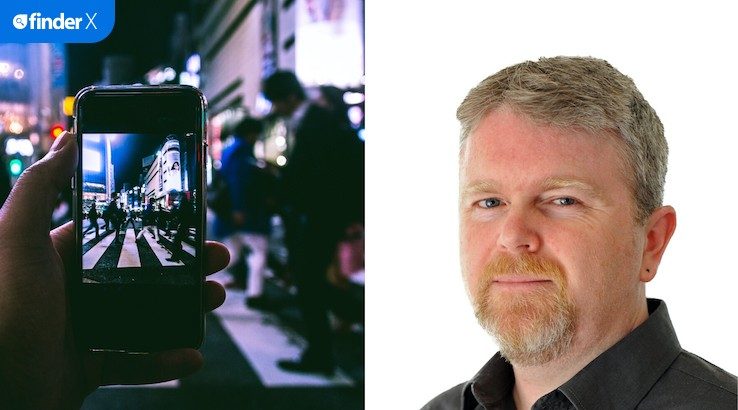 Planning a trip to Japan? Tech journalist Adam Turner shares four ways you can use Google to avoid things getting lost in translation.

Smartphones make for handy travel companions thanks to Google's wealth of services – from navigation to translation – but I'd still recommend planning ahead rather than winging it once you hit the road.

Both my children study Japanese at high school, as did my wife, and we've had a few exchange students stay with us. This year was supposed to be my son's big chance to head to Tokyo but, disappointedly, the trip was cancelled. Instead, our family decided to make the trek to Japan during the September school holidays.

We flew into Tokyo, caught the bullet train down to Kyoto for three nights and then headed back to Tokyo for a week. Google helped every step of the way, but it wasn't always smooth sailing.

Google is a godsend for those of us who like to hit the road with a plan. In the weeks before we flew out, I planned a rough itinerary for every day, including all the transport. Not because I need to micromanage things but rather because I wanted to make sure we made the most of our time. No one wants to miss the pandas because they discover the hard way that Ueno Zoo is closed on Mondays.

I found the transport options in Google Maps were invaluable when planning how to get from Narita airport to our hotel in Tokyo.

We were arriving in Tokyo in the evening and, depending on delays, couldn't be sure what time we'd get through the airport to the train station. The Narita Express was the fastest way to our hotel across town in Shinagawa, but it only runs once an hour in the evenings – with the last train departing at 9.45pm.

Miss the express and there are half a dozen other ways to Shinagawa. But it gets complicated late at night and you can't rely on the ticket counter to still be open for advice. To avoid getting stuck with family in tow, I ran through all the possibilities on Google Maps' transport menus so I knew exactly which trains or buses to catch, depending on how late we arrived.

In the end we managed to catch that express train, but I was ready for anything.

Some things can be hard to find in the dark, even if you do have a map – like our hotel in Shinagawa. Even though it was close to the train station, I learned the hard way that I should have studied the route in Google Street View beforehand.

We got there thanks to the kindness of strangers, but I should have known better.

Last time I was in Tokyo, I burned a lot of time in Akihabara searching for tiny electronics stores in the back streets. For example, it's easy to walk right past the amazing Super Potato. To make matters worse, some stores are marked in the wrong spot on Google Maps.

This time I did my homework before we tackled Akihabara, using Google Street View to track down all the places I wanted to visit and marking them in Google Maps. It's not that I don't like exploring but I knew that, at the end of a long day, my family wouldn't be happy if I dragged them up and down every back alley in Akihabara looking for shops that were "around here somewhere".

It was a smart move, considering we were often dead on our feet by the end of the day.

Tokyo is a big city and it's easy to burn a lot of time criss-crossing town on trains. Thanks to Google Maps, I could check the travel times before we left Australia to put together an efficient itinerary. This included dinner options, so we didn't need to travel far out of our way to get a great meal each night.

Google Maps is an invaluable tool for navigating Tokyo's train network in real time, but I learned the importance of taking a screenshot of your journey before you set off. The app really needs a way to bookmark your current journey so you can easily return to it – similar to the way streaming music apps let you search through the library while music continues to play, with a tab down the bottom which lets you easily return to the current playlist.

If you use Google Maps to search for something else while you're on the train, and then restart your journey, Google often wants to take you a different way because trains depart so frequently and there are so many lines. Recreating your original plan is a hassle.

Don't try to memorise the entire trip, instead focus on the next step. I'll admit it became easier once I started sharing these details with my family so we could all look for the signs to the next train platform – they're easy to miss.

When you're on foot, sometimes Google Maps shows you facing in the wrong direction until you start moving, so when you set off always check the map after a few seconds to ensure you're headed the right way.

GPS sometimes struggles with your location in a big city, especially when you're near the elevated trains. This means it's important to have a rough idea of where you're going, so you can keep heading in roughly the right direction until the map catches up.

Google Translate can be a real lifesaver in a country like Japan where someone like me, who knows no Japanese, can't even take an educated guess at what signs say. It's important to download the local language pack for offline use in Google Translate, to save on mobile data.

Walking the streets is not the only time you should reach for Google Translate. It was invaluable in the supermarket when shopping for groceries without my children to read the packaging, plus it helped decipher the remote control for an air conditioner in the middle of the night.

Don't expect literal translations when dealing with a language like Japanese, instead you need to think outside the square – like a game of charades.

The words on the screen continue to change, not because Google Translate can't decide what they mean but because it's trying to tell you there's more than one possible translation. For example, the "rinse" button on the air conditioner actually meant "dehumidify" – which makes sense when you think about it.

Planning ahead with a detailed itinerary doesn't have to take all the spontaneity out of travel – there were still times when we changed the plan on the fly. But we did so with confidence because we'd done our research and Google was always at hand.