Should you mortgage your house to buy bitcoin? Absolutely not! 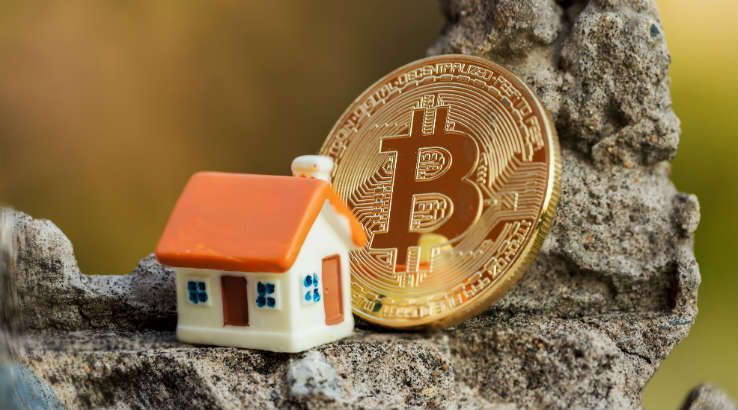 Your family can't live in a bubble, so don't mortgage your home for one giant throw of the dice.

Bitcoin is about the only thing in the world whose price has grown faster than a two-bedroom fibro shack in Sydney. In January 2017 the digital currency was worth US$900 per coin: at the time of publication, it's worth almost $17,000.

Unsurprisingly, perhaps, people are taking out equity loans or using credit cards to fund a bitcoin investment. Some are even taking out mortgages on their homes to get their hands on some.

Closer to home, property site Domain has already listed "The First Property in Australia Offered For Sale via Bitcoin!" It's selling for $1.2 million, or over 50 bitcoins.

So should you buy or sell a property using bitcoin? Should you take out a mortgage to fund an investment in the currency?

No sensible expert would recommend going into serious debt to invest in bitcoin. But it's not hard to see the maddening appeal. Just look at the graph below showing how bitcoin has soared to incredible heights:

In case you were thinking of cashing out the equity in your home to buy the booming digital currency, here's why that's a terrible idea.

The blockchain currency has had runaway growth this year, but it goes up and down. On November 8 one bitcoin was worth US$7,458. Four days later it was worth $5,857, a staggering drop of 21.4%. Sure, the overall trend is solidly upward, but this kind of volatility isn't the kind of market you bet your house on.

Bitcoin offers no yield or return

Unlike a rental property, bond or stock investment, bitcoin offers no dividend yield. You simply buy the coin and hope for ever-upward growth.

It's theoretically possible that bitcoin could keep on growing for years to come. If you'd invested even a couple of years ago you'd be very happy right now.

But the recent explosion in growth has all the hallmarks of a classic bubble: a popular, poorly understood (and in many ways mysterious) product and extraordinary growth fuelled by speculators that seems out of step with the value of the product itself.

In other words, bitcoin seems to be growing because people are throwing money into it. Supply is limited and demand is soaring. It's pure speculation.

That's not to say that bitcoin isn't an extraordinary and potentially revolutionary technology – it is. But right now the currency is an unregulated technology without the backing of major financial institutions.

Bitcoin is completely exposed to regulatory moves by governments who have hitherto ignored it. And it hasn't yet been widely adopted as a currency (though this could, and is changing).

Don't buy a home with bitcoin either

Given the lack of regulation in Australia, buying or selling something as substantial as property using bitcoin is also a terrible idea.

The currency could keep growing or it could collapse tomorrow (in which case the buyer of Australia's first bitcoin property would have bought the cheapest house in Australia). It's an exciting if scary investment vehicle. Just don't risk the family home on it.