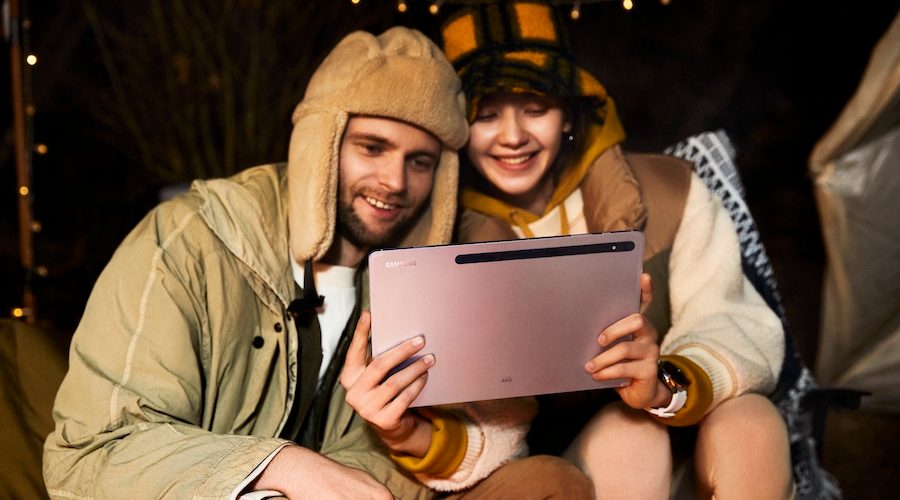 Samsung was one of the first companies to release an Android device in a tablet form back in 2010. The Galaxy Tab S8 is the company's latest tablet – or in this case, a set of tablets – announced overnight at its Galaxy Unpacked event. Here's what you need to know about the Galaxy Tab S8.

What is the Samsung Galaxy Tab S8? 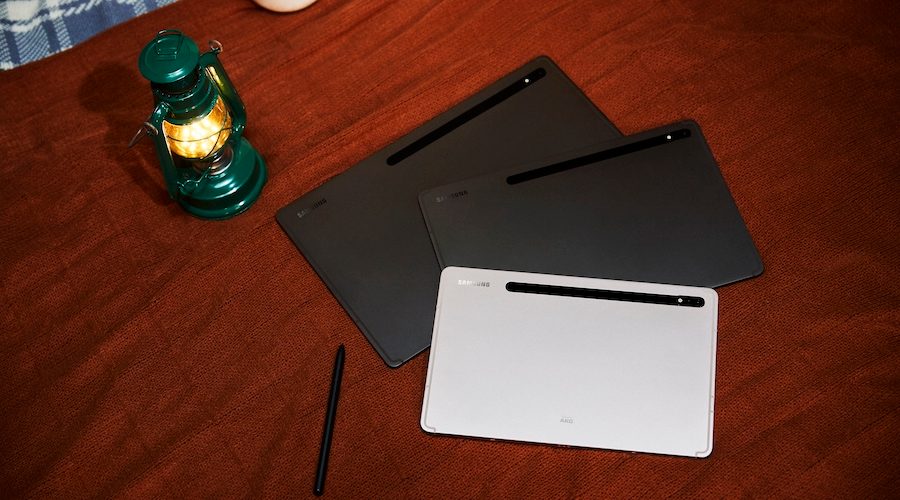 As with the company's Galaxy S phones, including the new Galaxy S22 line also announced at Galaxy Unpacked, those suffixes primarily denote 3 different tablet sizes. The smallest, the Galaxy Tab S8 measures in with an 11-inch screen, the middle Galaxy Tab S8+ has a 12.4-inch screen and the big lad of the group, the Galaxy Tab S8 Ultra has a hefty 14.6-inch display. That's a lot of tablet.

Size aside, there are also other technical differences under the glass. The Tab S8 features a simpler TFT display while both the Tab S8+ and Tab S8 Ultra use Super AMOLED displays for brighter colours and punchier displays. The big lad only comes in a single "graphite" colour – think black, basically – while the smaller Galaxy Tab S8 and S8+ will be available in Graphite, Silver or Pink Gold finishes.

All models will sell with either 5G/LTE mobile broadband connectivity or in a lower cost Wi-Fi variant, but that's with Wi-Fi 6E on board for faster potential throughput on qualifying Wi-Fi networks.

In Australia, we'll see models with either 128GB or 256GB of onboard storage for sale, although Samsung is producing the larger Galaxy Tab S8 Ultra in a 512GB model for other markets. If you're keen, you may be able to import that one, but if you're concerned about storage, you shouldn't be because all models will support microSD card storage.

On the software front, they're Android 12 tablets, with the promise of up to 4 generations of Android OS upgrades and 5 years of security updates, which is great for any Android tablet. Samsung's also leveraging the multi-app window work it put into its larger foldables such as the Galaxy Z Fold 3 to allow for multiple simultaneous app usage, which should be very handy on a larger tablet display. 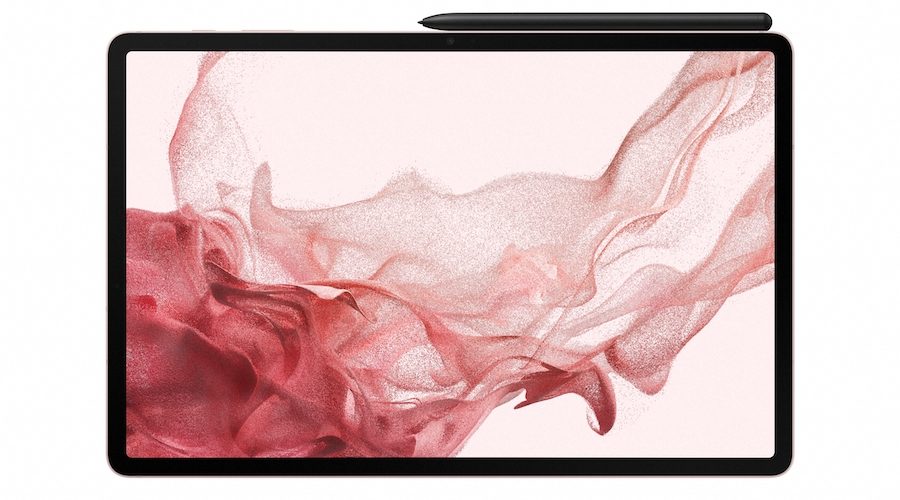 It's also bundling in its S-Pen – or in this case, an "all-new" S-Pen – with each Galaxy Tab S8. It's not clear if older S-Pens will be supported at this point. The core idea is that you'll be able to use it for sketching, annotating or anything else you might have used an S-Pen for previously. So in some ways, they're just very big Galaxy Note phones without the phone bit on board. Samsung says that the tablets use AI to predict where your S-Pen will go next in order to massively lower latency, leading to a more natural, pen-like feel.

Tablets and photography typically don't go well together, but Samsung is focusing more on the productivity side with the Galaxy Tab S8. The front-facing camera can handle automatic framing of callers in video conferences, handy for those working from home (or the coffee shop) moments. They're also capable of recording video at up to 4K resolution, which should neatly skip past the issues of cruddy webcams on ordinary laptops.

One neat environmental factor with the Galaxy Tab S8 series is that some of the plastics used in construction come from recovered fishing nets. It's great that the nets are no longer in the sea being pollutants, but you probably shouldn't try your hand at fishing with the Galaxy Tab S8. It should be reasonably robust with an aluminium body that Samsung claims is "over 30% more scratch-resistant and 40% less prone to bending than Galaxy Tab S7".

The tablets are pretty clearly Samsung's pitch at the crowd that might buy an iPad Pro or a Microsoft Surface, right down to the optional buy of a keyboard cover case to transform them more into laptop-like devices.

Here's the full specification rundown for each of the 3 Galaxy Tab S8 models, bearing in mind that not every model will go on sale officially in Australia.

When can I get it?

The Galaxy Tab S8 models will go on sale in Australia on 4 March 2022, with pre-orders available from today.

So what do you get for pre-ordering? I'm glad you asked.

If you order from Samsung or one of its participating providers, you'll score a book cover keyboard valued at $299 or a set of Samsung Galaxy Buds 2 and a book cover valued at $318 with the Galaxy Tab S8.

Upscale to the Galaxy Tab S8+, and you can pick from either its book cover keyboard ($359) or a book cover and a set of Galaxy Buds Live headphones valued at $368.

Finally, if you're keen on the largest model, the Galaxy Tab S8 Ultra and you pre-order, Samsung will either gift you its book cover keyboard ($499) or a book cover and pair of Galaxy Buds Pro headphones valued at $448.

How much does the Samsung Galaxy Tab S8 cost?

Here's the full rundown of Australian pricing for the Galaxy Tab S8.

How does the Samsung Galaxy Tab S8 compare to an iPad?

Realistically, the pricing means that they're pitching against the iPad Pro line more than the regular iPad, iPad Mini or iPad Air. Apple may have an edge in apps, something that Android has typically struggled to make work consistently on tablets, but Samsung's use of proper multi-windowed apps and the inclusion of a stylus with each tablet has its appeal too.

At a specifications level, here's how the Galaxy Tab series compares against the iPad Pro

Leaving aside the Apple faithful who might never leave the comfy confines of iPad-land, we'll have a review of the Samsung Galaxy Tab S8 series up soon, so stay tuned for our full appraisal.