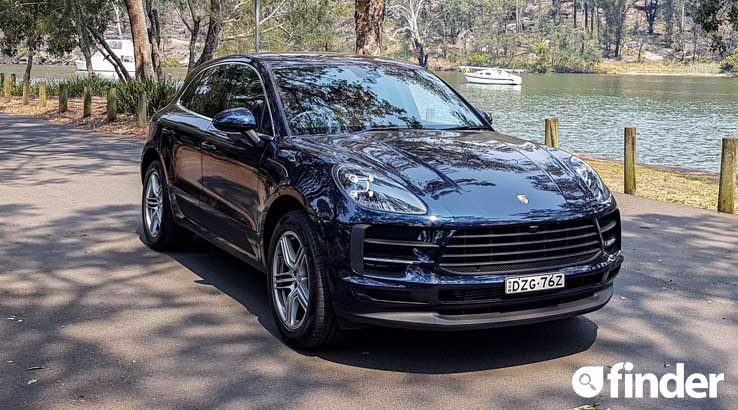 The Porsche Macan is a compact SUV named after the Javanese word for tiger. So, is it a wild animal or a domestic pet?

The 2020 Porsche Macan represents the last chance for those in the market for both an SUV and a Porsche badge to land themselves a petrol-powered Macan. This relatively affordable offering by Porsche will be moving to an electric platform when the next-generation model is released.

With a price tag starting at $81,400, the Macan is the most accessible Porsche in the range, offering a premium interior coupled with those signature penned-in-Stuttgart looks. With options, our tester came in at $91,510 before on-roads.

So if you have a bit of money to burn on an SUV, but can't break the six-figure mark on a new vehicle, would you choose a Porsche Macan?

Porsche has a distinct style that designers have managed to transfer between sedan, coupe and SUV effectively. You instinctively recognise a Porsche before you even see the badge.

For the 2020 model, it gets a bit of a visual update with a new four-headlight configuration as well as a number of subtle tweaks to various panels around the vehicle. Minimal stuff.

From a personal point of view, I like the look of the Macan. It retains that famous aggressive, sporty look synonymous with Porsches, without going overboard. The only visual letdown of the Macan we tested was the 19-inch alloys. Granted you can option better ones, but surely there is a more attractive option straight out of the box? 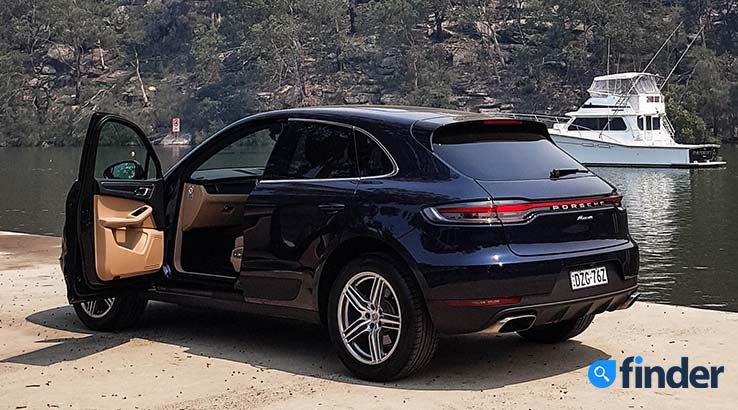 It screams Porsche. You get a plethora of buttons in the centre console in a supercar type arrangement. The dash also retains that trademark squared-off shape that has stuck with all Porsches through the generations. But that is hardly surprising given the subtle refinements company stylists make to their vehicles between generations.

That is why a lot of people are drawn to Porsche though. Everything feels refined, so you don't need massive overhauls every single time. With that being said, the move to electric power will be interesting to behold.

Any seat in the vehicle is comfortable. In the front, you get 14-way electric adjustable seats wrapped in leather. The rear pew has comfort seats on the two outboard positions, which slide forward and backward electronically. In terms of legroom in the back, if your rear passengers are around the six-foot mark or higher, things will be squishy, especially with a third passenger on the backbench.

In terms of technology, the infotainment system has everything you will need and interacting with the 10.9-inch widescreen touchscreen is quite easy. The system will also sense your hand moving toward it and display some extra options depending on what menu you are on. You also get both Android Auto and Apple CarPlay as they both come as standard – as does DAB+, which was an option on the Range Rover Velar we reviewed last week.

Audio was delivered through the standard audio system, which has 10 speakers with an integrated amplifier straight out of the gate. Audio quality was quite good, but if on your test drive isn't up to scratch, you can option a Bose surround sound system for an additional $2,470.

Along with the 14-way adjustable seats, the steering wheel is also electronically adjustable, so getting set up is a breeze. There are also three memory settings, so you won't have to fiddle around every time you jump in the vehicle. 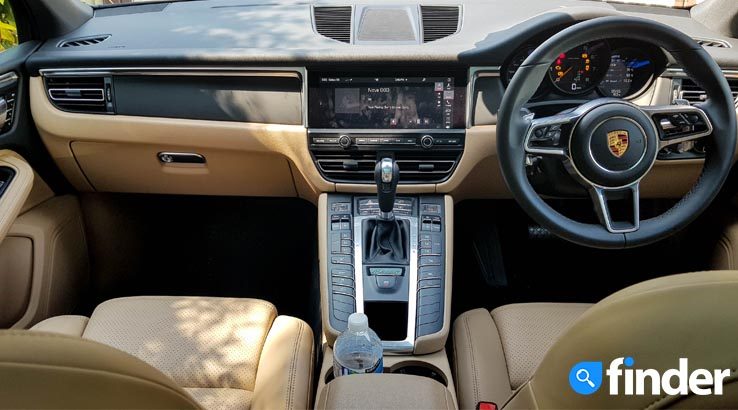 No matter who you are, you always get excited to drive a Porsche, no matter the model. The Macan is no exception. After hopping in and turning the ignition (there is no push-button start, but an ever-present key you turn) and getting comfortable, we set off around Sydney.

Having not engaged Sport mode, we found the ride to be impressive. Its ride is far from jarring, but it also retains that sharp, on-point feeling you would expect from the Stuttgart brand.

The 2.0-litre, four-cylinder turbo engine produces 185Kw and 370Nm of torque. At cruising speeds, the engine is responsive and is void of any significant lag between the foot going down and the engine getting going.

A seven-speed dual-clutch PDK transmission gets power to the ground via all four wheels. We found shifts and decision-making to be quite precise. In Sport mode, the PDK adds to the experience producing lightning-quick changes that result in linear and, quite frankly, surprising acceleration from an SUV that tips the scales at almost two tonnes. Sure, there may be SUVs that are actually quicker to 100, but the little Macan will pin you back in your seat at any rate.

Fitted with the optional "power steering plus" for $650, the upgraded steering system adapts to the speed you are driving at to provide more precision as needed. Although it may not be noticeable on the open roads, it works behind the scenes to make sure the vehicle is always steering and manoeuvring as easily and keenly as possible.

Comfort and tech were all top-notch, and the tri-zone air conditioning system got the cabin to temperature and kept it there quite well. You can adjust the settings on this too to align with your preferences for airflow.

After a few uses though, one thing that bugged me is that the air conditioning turns off and resets itself after every use. Say you have it on 20 degrees and the fan at a certain speed, you are going to have to not only turn the air conditioning back on when you jump in the vehicle but adjust the settings too.

There may be a way to change that setting, but I couldn't figure it out.

How safe is the Porsche Macan?

I was quite surprised to see that AEB does not come standard on the Porsche Macan. It's a feature that is included on the majority of vehicles these days from Toyota to Mercedes-Benz. It also misses technologies like lane-keep assist but does have lane-departure warning.

Moving on from that though, you will get the following: 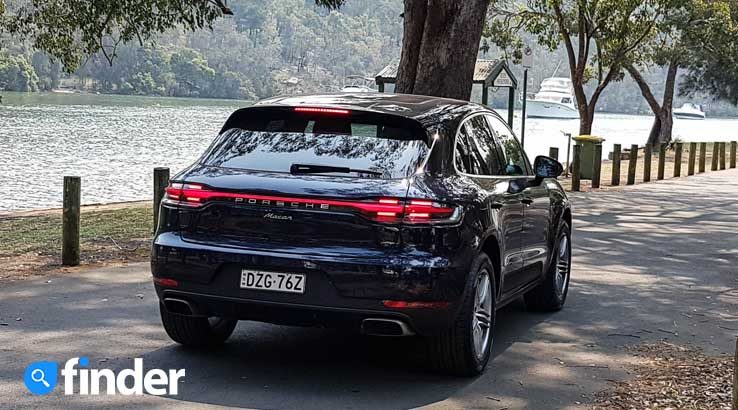 In terms of storage, you will have access to 488 litres in the back which expands to 1,503 litres with the rear seats down. These numbers are slightly lower than some competitors:

If you are inclined to attach a towbar to it, it will also pull up to two tonnes behind it.

There are four USB ports throughout the Macan too, ensuring the kids' devices are all charged and keeping them entertained.

Starting at $81,400, the Porsche is priced keenly when you consider its pedigree. You also get a lot of car for your money. It retains the Porsche style and relative luxury inside, but it manages to lose the price tag.

AEB is a surprising omission though and to get the exact Macan you want, the price tag could blow out a bit. The Macan we drove had $10,110 worth of options, so make sure to check which options are on the vehicle you test drive at the dealership. Here is a complete list of options fitted to our test vehicle: