Forex Roadtest #1: What I learnt being a forex trader for three weeks 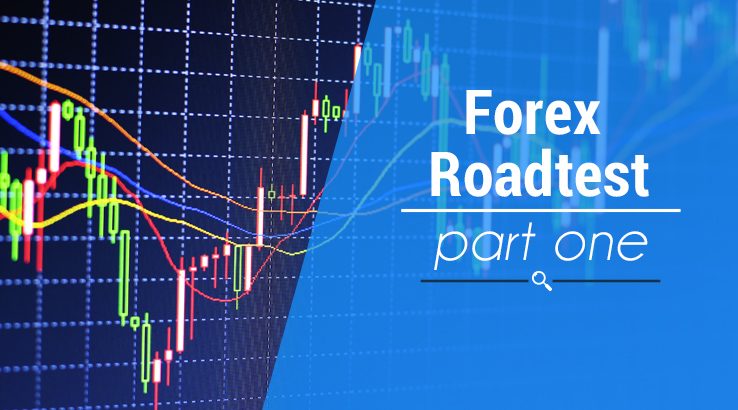 Forex trading always seemed like another language to me. Apart from trading my Aussie dollars for a different currency when I travelled overseas, I never knew how it worked or how it could be used to make a profit.

Forex traders are scarce-to-non-existent in my social circles. Conversations about money with friends and family are dominated by property with a smattering of shares, and the media I consume echo the same line of thought.

When I chatted to Daniel Byrne from easyMarkets on our podcast, I began to get curious about trading currencies. It seemed simpler than I had thought and Daniel was confident that the average Australian could learn to trade, with the right attitude.

I was so curious that I suggested to my co-hosts and Daniel that I should put a small amount of my own money into a live trading account and see what my results were.

It would be simple: open an account and build my knowledge using easyMarkets’ webinars, ebooks and videos and then join easyMarkets’ Active Traders Group to get some face-to-face training. Then I would monitor the market and chat with the other Active Traders on WhatsApp, and set up some trades when I felt they fit my strategy.

I opened my account with excitement and deposited $200 into it, and easyMarkets matched my investment to bring my total to $400.

My first exposure to the fast-paced world of forex trading started with some basic videos and ebooks on the easyMarkets website about the different components and features that make up the forex market.

How does forex work?

The forex market is the biggest market in the world. According to HSBC, in 2016 the forex trading volume was about US$5.1 trillion per day. To put that into perspective, the ASX (the world’s 15th largest stock exchange) had an average daily turnover of $6.4 billion in the June quarter for 2017. The largest stock exchange in the world, the New York Stock Exchange (NYSE), reportedly had an average daily trading value of US$169 billion in 2013.

Banks, governments, businesses and investment funds make up the lion’s share of the forex market. They trade currencies for a huge range of reasons, including speculation in the hope of profit, imports and exports and in the case of central banks, to stabilise a country’s economy or even make it more competitive. Individual investors make up a small portion.

At its core, forex trading involves buying one currency and selling another. Every trade involves two currencies known as a currency pair. There are a number of "major" currency pairs in the world which are the most popular and regularly traded. They include:

There is also a large number of other major and minor currency pairs, and metals and commodities like gold, silver, oil, coffee and much more. It’s your choice as to what you want to trade, and the range of choices can seem overwhelming.

Once you pick your pair of currencies, you choose whether you’re going to "buy" or "sell".

For example, if you "buy" AUD/USD you’re buying Aussie dollars and selling US dollars, just as if you went to a foreign exchange counter. You'd make this investment if you think the Aussie dollar will rise to a higher price.

Selling is the opposite. If you sold the AUD/USD pair it means you’re selling Aussie dollars and buying US dollars with the hope that the Aussie dollar falls so you can buy back more of it later.

How does Risk factor into forex trading?

You’re usually leveraged when you trade forex, so you actually control more of the currency than you normally would with the money you’ve put on the trade. This gives you exposure to larger profits, but also larger losses. With forex trading, it’s possible to lose more than your initial investment, so education and advice is crucial before attempting it yourself. Proper risk management techniques are mandatory.

Stop losses is one of these risk management techniques. A stop loss is an order you set to automatically close your trade at a certain price to limit your losses. It’s like a failsafe to stop your losses from falling to a level that you’re not comfortable with. In periods of high volatility (such as after a major news event), your stop loss may be filled at a worse price than what you wanted, resulting in higher losses than you had planned for.

For the purposes of my test, this wasn’t as much of a worry as easyMarkets offers guaranteed stop losses, but it’s something to be aware of when using other platforms.

Later in my training, Daniel showed me how to set stop losses effectively so that I wouldn’t be taken out of a trade prematurely if prices fluctuated as they regularly do during a day, but so that they would still stop me from losing a significant amount of money if prices did fall.

With the basics out of the way, I was ready to sit in on the Active Traders Group training day and learn the specific strategies I would be implementing.