The 5 most important changes to Qantas Frequent Flyer explained 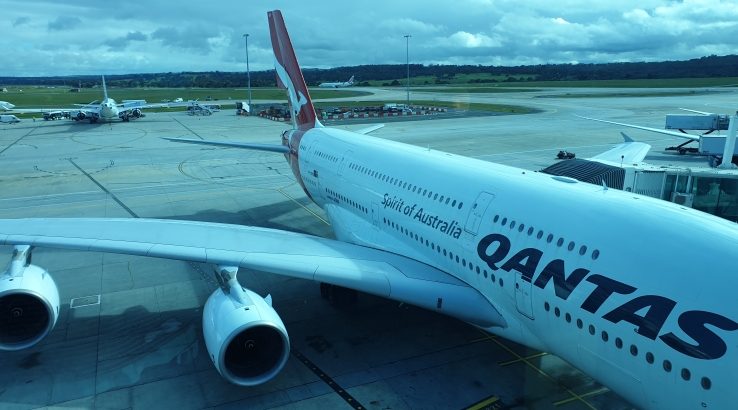 Qantas Frequent Flyer has announced a huge number of changes to the scheme, designed to encourage Australians to keep flying in the wake of the coronavirus pandemic. There's a lot to take in, so I've picked out the five most noteworthy changes and dived into what they mean.

To compensate for that, Qantas is giving 50% of the Status Credits needed to maintain status to all existing Silver, Gold, Platinum and Platinum One members. Here's what that amounts to:

Qantas had already extended member statuses by 12 months, so this gives everyone lots of time to requalify. Qantas also says that members whose membership year fell during the peak of current travel restrictions in April and May could receive extra points, on a case-by-case basis. If you're trying to jump from Platinum to Platinum One, any Status Credits you choose to take as part of Qantas' Loyalty Bonus will also count towards that goal until the end of December 2021.

MY VERDICT: This is a welcome boost, and makes it likely that many members will retain status they may otherwise have lost.

Classic Reward flights are a great value use of your Qantas Points, but if you need to change those bookings you normally have to pay 6,000 Qantas Points as a penalty. Qantas is waiving that fee for any changes to Classic Reward bookings until 31 October 2020. If you want to change, you'll still have to find an alternative Classic Reward seat, but you won't lose those points. You can also cancel the flight without penalty.

MY VERDICT: This is useful, though I suspect many people will remain wary of booking flights before the end of October anyway.

Right now, the only Classic Reward seats you can book and have some confidence they'll run are within Australia. (Qantas doesn't have any international flights listed until March 2021.)

Qantas says it is increasing Classic Reward seat availability by up to 50% for the rest of the year. It says the focus will be on popular tourist destinations, including Cairns, Sunshine Coast, Sydney, Queenstown and Auckland. The latter two won't be possible until the much-discussed Australia/New Zealand travel bubble happens.

You'll still need to hunt down available seats, and the current Victorian border closure will make some destinations trickier or impossible.

MY VERDICT: I'll definitely be doing some hunting for flights for later in the year with this one.

Last year, Qantas began running "Points Planes" – flights which could only be booked by using Qantas Points to get Classic Reward seats. The initial batch largely consisted of international flights, with Los Angeles, Tokyo and Jetstar to Japan featuring, alongside deals for the Northern Territory and Lord Howe Island.

Qantas is planning more Points Planes in 2020 and 2021, with a focus on domestic and New Zealand destinations. There aren't any further details on these yet, but we'll be keeping a keen eye out for when they're announced.

MY VERDICT: The Points Planes have always been popular, but I suspect domestic services won't have quite the same appeal, unless Qantas focuses on more expensive destinations like Broome and Darwin.

Qantas has cut the number of Qantas Points needed for Points Plus Pay bookings by 20%. That offer will run until 31 December 2020.

While this might sound appealing, Points Plus Pay offers far less value than using points to entirely pay for your booking.

There are some other hotel tweaks too. Bookings of 3 nights or more made through Qantas Hotels before 31 August 2020 will earn an extra 5,000 Qantas Points. Selected luxury destinations will also let you earn 125 Status Credits.

MY VERDICT: I can't get too excited by this one. Right now, I'm all about booking hotels with maximum flexibility, and using points just complicates the process.

Overall, these seem like sensible changes from Qantas. As ever, the real devil is in the detail, and I'll be digging deep into Classic Reward flights to see what the best deals are. Stay tuned!