BTC price prediction: Where is bitcoin heading in 2021? | Finder

A comprehensive guide to the factors that could influence Bitcoin’s value in the short, medium and long term. The world’s best-known and most widely traded cryptocurrency, Bitcoin (BTC) is often considered to be a hedge in times of uncertainty and an alternative to traditional currencies.

With coronavirus-related shutdowns continuing and the future uncertain, many people believe Bitcoin prices could be on the rise.

Let's look at how coronavirus could affect Bitcoin and some of the other factors may influence its price.

You're probably be well aware that cryptocurrencies are highly volatile, and Bitcoin is no exception. The price of Bitcoin can rise of fall sharply in a short space of time, as influenced by a variety of factors. You’ll need to carefully consider all the issues that could potentially lead to growth or decline in the currency’s value.

How does coronavirus affect Bitcoin prices?

Why prices could rise

The addition of coronavirus to an already-fragile global economy resulted in a market crash, while lockdowns, travel bans and business closures triggered wide unemployment.

Many countries are now initiating social and economic relief efforts. In the case of the United States, the European Union, Australia and others, these relief efforts include quantitative easing, which essentially involves printing money.

This has raised concerns about inflation, and whether fiat currencies such as dollars could lose their value.

In these cases people traditionally turn to assets like gold, which act as an alternative store of value, theoretically able to retain worth even if the value of fiat currency declines.

Bitcoin is frequently positioned as an alternative store of value, similar to gold but with the extra benefits of being a purely digital asset, such as easier storage, the ability to be spent like money and the ability to be quickly and easily transferred anywhere in the world.

Some people criticise the idea that coronavirus could make Bitcoin prices rise.

Firstly, Bitcoin prices actually dropped as markets fell near the start of the global coronavirus outbreak. Critics say this shows that Bitcoin is a risky, speculative asset rather than a safe haven.

However, gold prices dropped during the same period, and there is precedent for gold prices initially dropping during a financial crisis before bouncing back later.

Another criticism is that people simply won't be interested in buying Bitcoin when they've lost their jobs, or won't have the money to buy risky "investments" like Bitcoin. Others point out that despite everything going on, Bitcoin is still volatile and susceptible to market manipulation, and technically unable to handle large scale use.

Many of these factors could affect Bitcoin's long term outlook, with or without coronavirus. So if you’re thinking of buying Bitcoin, make sure you also consider the following:

What could drive Bitcoin’s growth?

What could hold Bitcoin back?

Where to buy Bitcoin

What’s coming up in Bitcoin’s roadmap

Bitcoin is an open-source project and, as such, doesn’t have an official roadmap. However, there are a few key challenges and developments coming up for Bitcoin in the future.

One of the best-known is the Lightning Network. Currently in the testing stage, the Lightning Network is designed to solve Bitcoin’s problems of slow transaction speeds and high fees. A payment network layered on top of the Bitcoin blockchain, Lightning Network could potentially have a big influence on the usability of Bitcoin, but the exact effects it will have remain to be seen.

The cryptocurrency sphere is crowded and becoming increasingly competitive all the time. If you’re thinking of buying Bitcoin, it’s important to be aware of the influences (both positive and negative) that the actions of competitors could have on the price of Bitcoin. Some of the main competitors to consider include:

Beyond 2021: What does the future hold for Bitcoin?

Cryptocurrencies are highly speculative, so any predictions of Bitcoin’s future value should always be taken with a very large grain of salt. That said, traders and crypto enthusiasts all around the world will be watching what happens to Bitcoin with a high level of interest.

As the best-known and most popular (in terms of trading volume) of all cryptocurrencies, Bitcoin has the enviable position of being the digital currency with the most credibility and widespread recognition. If cryptocurrencies can continue their push into the mainstream, Bitcoin is well placed to take advantage of any increased consumer demand.

However, it does face a few key threats. The biggest of those currently is the problem of scalability, which is one key area where some competing cryptocurrencies are well ahead of Bitcoin. While the Lightning Network is often held up as the key to solving this problem, there are concerns over whether the complications associated with the Lightning Network mean Bitcoin will still be functionally inferior to its faster competitors, even with it.

The threat of increased regulation of cryptocurrency markets by governments around the world should also not be underestimated, as regulatory changes could have a significant impact on Bitcoin’s value.

Happenings in the cryptocurrency industry itself can also impact prices, and has many times before. Exchange closures, new partnerships and the growing or shrinking acceptance of Bitcoin as a payment system can all affect prices.

The next 12 months promise to be a fascinating period as Bitcoin, and the cryptocurrency market as a whole, continues to mature.

If you’re considering buying Bitcoin (BTC), the most important points to remember are to do your research and to familiarise yourself with all the risks involved. Though this digital currency has delivered substantial returns to its early adopters, that’s no guarantee of future growth.

If cryptocurrencies can continue their push into the mainstream and achieve widespread acceptance, not only among consumers but also from governments around the world, this could mean good things for Bitcoin. And if the scalability issues facing the Bitcoin blockchain can be successfully overcome, there seems to be potential for future growth.

However, don’t forget that the cryptocurrency sphere is increasingly crowded, and Bitcoin is sure to face plenty of threats to its title as the world’s number-one cryptocurrency from a host of well-organised and professionally backed competitors. Watch this space to see how it all unfolds. 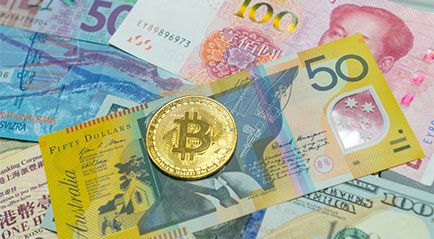