Australians saving more, but not enough 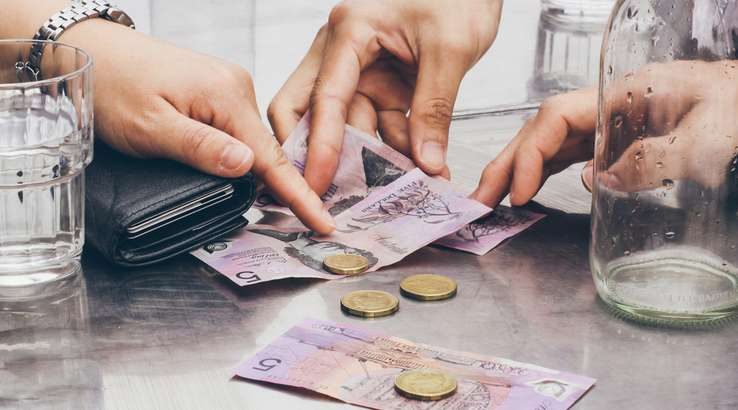 Australians aren't saving as much as they need to be, but why?

Between lockdowns and reduced working hours, it's no surprise that the average Australian is struggling to put away some savings. However, even before the pandemic was a threat Aussies were only saving an average of 11% of their total income. While this rate has been slowly rising since 2020 began, it hasn't risen enough to hit the 50/30/20 golden rule of saving.

In October 2020, the average Australian was putting away 14% of their income – or $645 a month. While this is $84 more than people were saving in October last year, it will still have Scott Pape squirming at the thought of people saving less than 20% of their paycheque. The reality is that only one in four Aussies save at least 20% of their monthly income. Generation Z are the biggest followers of this rule, with one in three saving sufficiently. So, why are Aussies not putting away as much as they should be?

The latest retail spend figures from the Australian Bureau of Statistics show us that we love to have a shop around. Aussies have spent more than $258 billion so far in 2020 on retail-related products, 5% more than last year.

As you can imagine with lockdowns happening across the country, spending has dropped significantly in some areas. For example, spending in cafes and restaurants has decreased by 29% in 2020 compared to 2019, while spending on clothing and footwear declined by 14%.

However, there are plenty of other areas that are thriving due to the pandemic keeping everyone at home. Total spending on alcohol reached more than $11.6 billion so far this year, 26% more than the same period in 2019. Hardware, building and garden supplies also saw an increase of 20%, with Aussies spending $17.7 billion on supplies.

Not everyone can invest

A Finder survey conducted in early November revealed that outside of savings accounts, 52% of people were not investing their money anywhere, potentially due to uncertainty in both the property and stock markets. Currently, only one in four people (27%) are taking part in share trading. Back in May, 15% of Aussies admitted to not investing in the stock market because they couldn't afford to and a further 9% said they didn't know how.

On top of this, only 20% of people are looking to purchase a property within the next 12 months, despite the fact that 60% of people believe that now is a good time to buy a property. The reality is that property is more of a dream than a goal for most people.

The average loan size for owner-occupied homes was $489,159 in September, which means we can assume an initial deposit of almost $98,000 (or 20% of the total value) for the standard home. If the average Australian is putting away $645 a month (and if property prices do not change over the next decade), then it would take almost 13 years for the average person to put away enough money to be able to purchase a property.

So what can be done?

The COVID-19 situation won't be so grim for long and the Australian government has been talking about opening a travel bubble with numerous countries, actively trying to give people a chance to travel overseas within the next year. Government schemes, such as the HomeBuilder and First Home Owners Grant, are allowing people to enter the property market earlier than before.

The sad truth is that not many people care to save anymore, with one in three (37%) of people admitting to not saving for anything in particular. But with the COVID-19 situation getting better in Australia and the government ready to open the borders to allow for travel bubbles, you would be glad to have used these uncertain times saving money instead of spending it.