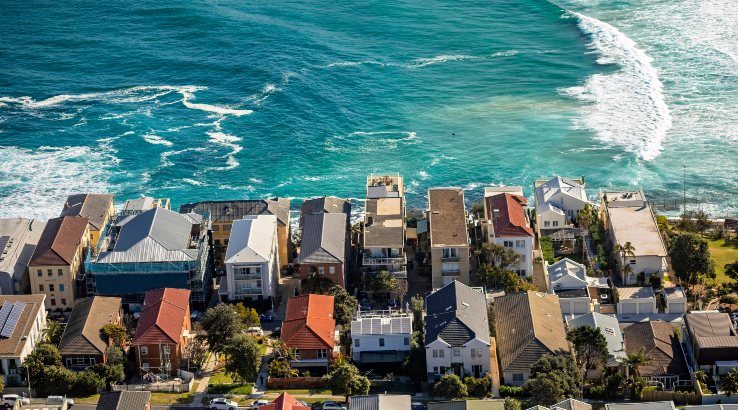 The Reserve Bank of Australia held the interest rate at 0.25% today, despite six experts in Finder's RBA Cash Rate Survey expecting the rate to fall to 0.10%. Graham Cooke, Finder's insights manager, said any cut would have been more symbolic than practical. "The cash rate has dropped by 125 basis points over the last year and a half – a further fall of 15 was unlikely to make much of a difference beyond showing that the RBA is taking action," he said.

One reason for the lack of a cut may lie in the relative resilience of the Australian property market since COVID-19 has entered our lives. Speculation surrounding the market has been wild in regards to whether property prices will be able to hold while the unemployment rate rises and lockdowns continue across different parts of the country.

This RBA decision coincides with the release of the first full six-month property dataset from Core Logic so, in this article, I will take an objective look at various corners of the property market to see how it's really holding up.

Prices are a mixed bag

When COVID-19 first appeared in Australia and uncertainty was at an all-time high, there were many reports of properties dropping in price, some even reporting a potential drop of up to 30%. While the pandemic could still be around for a while, the first six months of 2020 have shown only a slight downturn in the market.

The opposite is true for units, however, with Darwin seeing the biggest decline in unit prices – a drop of 12%. Unit prices in Adelaide and Sydney grew by 4% and 3% respectively.

While prices in most cities are slowly declining, the story isn't as alarming when we zoom out a little and look at the bigger picture. Sydney house and unit prices in June 2020 were still 7% higher than what they were in June 2019. And even though Melbourne has been seeing a lot of COVID-19 trouble, house prices there were only 1% lower in June 2020 than they were in June 2019, and unit prices have seen 2% year-on-year growth.

Some suburbs are holding their ground

Any property expert can tell you that just because prices are down overall, it doesn't mean that prices are down everywhere – Australia is big enough for more than one "property market". And while we can't go through and look at every location in Australia to inspect how each market is performing, it's important that we dive a little deeper into the data.

If we look at suburbs with an average house price of over $1 million, almost two-thirds of them have gone down in price in June compared to January. This is a stark contrast to suburbs that have an average house price of under $1 million, with only 45% of these suburbs dropping in price. But a lot of these pricier suburbs are still more expensive in June 2020 than they were in June last year, with only 15% of them dropping in price year-on-year.

Below are some lists of suburbs that have seen major price increases or decreases in different categories.

As part of Finder's Consumer Sentiment Tracker, we ask Aussies if they believe now is a good time to buy property, and it turns out that positive sentiment surrounding property is on the rise for younger generations.

April saw an all-time low for positive sentiment, with only 42% of people believing that it was a good time to buy. That figure has since increased to 59% in June and has been steady since then. Gen Z has been the most sceptical of the market ever since the survey began back in May 2019, but positive sentiment is quickly rising for younger Aussies. At the start of the year, only 36% of Gen Z believed it was a good time to buy property, but in June 2020, a little more than half of Gen Z were positive about the market.

The Australian government introduced a number of policies to help keep the property market afloat such as the HomeBuilder grant and slight changes to the First Home Owners Grant. These changes have seen lending for certain buyers increase massively in the first half of 2020.

The biggest portion of these first home buyer loans comes from Victoria, which saw 17,743 loans taken out between January and June – 20% more than the year before. One-third of all first home buyer loans were taken out in Victoria in the first half of 2020, which is surprising, seeing as the number of new COVID-19 cases only showed signs of slowing down in late August.

The HomeBuilder grant was introduced earlier in the year to encourage people to build new properties or make renovations to their existing homes in order to keep jobs within the construction industry, and it's safe to say that it worked a treat.

The number of loans for the purpose of construction stayed steady year-on-year, with 21,271 loans taken out between January 2020 and June 2020. The total value of these loans, which increased steadily through the year, hit an all-time high in July with a total of $1.9 billion borrowed. The average loan size also hit an all-time high of $458,075 in June – a year-on-year increase of 11%.

Queensland saw the largest amounts of growth in this area, with a 9% increase in the number of construction loans and a 19% increase in the total value of these loans between January and June year-on-year. Tasmanians seem less interested in the grant and took out 24% fewer construction loans and borrowed 11% less than the previous year in the first six months of the year.

Investors and other borrowers

While first home buyers are happy to enter the market with government grants and record low rates, other types of borrowers were a little less eager to purchase property.

The amount of other owner-occupier loans (home buyers excluding first home buyers) decreased by 5% in the January-July period year-on-year, going from 96,946 to 92,158. While the number of loans taken out during this period is down for all states, the total value of these loans has increased dramatically, in turn increasing the average loan size. This means that while there are fewer borrowers, the buyers that are still entering the market are willing to make bigger purchases. The average loan size in New South Wales grew by more than $100,000, going from $556,358 in the first six months of 2019 to $662,248 in 2020.

For investors, the total value borrowed has grown by just 1% in the first six months of 2020, which may seem grim at first glance, but actually paints a promising picture. The total value of investor loans peaked back in June 2015 and had since been trending downwards. For the value of these loans to stay steady in the first half of the year is quite astonishing and even promising for the market.

Where does the property market go from here?

Should you buy, sell or wait? The truth is that no one was expecting the market to be this resilient in the first half of 2020. With the recent changes to JobKeeper and JobSeeker payments, it's hard to see the property market staying strong for much longer. But these government schemes coupled with record-low rates have certainly helped the market to stay afloat.