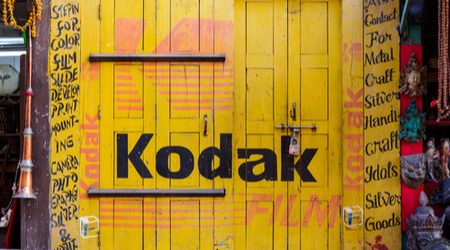 The troubled KODAKCoin project has hit another snag, with allegations that it's over $100,000 in the hole to contractors, Hard Fork reports.

The contractors were found and placed in the project by the iFindTech talent firm, which seems to have hired the London Law Practice law firm to pummel KODAKOne until the money comes out.

"Unfortunately apologies and unfulfilled promises of a payment proposal are not enabling my client to pay the people that did the work," it reportedly wrote to KODAKOne in an email. "Time is short and in the absence of any meaningful payment proposal, court proceedings will be commencing in [seven] days."

KODAKCoin's head blockchain engineer, Armel Nene, has also quit over unpaid wages and labelled the project a scam in a blog post.

"October 2018, the full blockchain team had now resigned, the big data team left and the partner agencies had stop working with them. No one in the company was answering emails or calls" he wrote. "There are rumours of multiple lawsuits against Ryde / Wenn Digital / KODAKOne, I have received confirmation of at least 3 of them. The lawsuits all have the same goal, to get their invoices paid."

Nene also gave some details on how things were going behind the scenes, including saying that the ICO was an absolute flop, which squares with previously leaked documents.

"It seemed that Ryde / Wenn / KODAKOne had a very unsuccessful ICO. Investors were not interested in the platform," Nene writes.

"Volker kept giving me guarantees that I would be paid every single penny that they owed me. He also confirmed that the ICO was a shamble and no one subscribed to it. Therefore, they would try to open to all investors across the globe," Nene writes.

The Volker that Nene is referring to is Volker Brendel, the KODAKOne CTO who was previously barred from being a managing director in German public companies. Not to be confused with KODAKCoin lead advisor Cameron Chell who was banned from the Alberta Stock Exchange.

Nene also says that at one point KODAKOne offered to pay him with KODAKCoins, but notes that as the architect of the coins, he knew full well that they had yet to be released.

"They offered me to go permanent on a reduced salary with bonuses and KODAK coins. I am the architect of the KODAK coins and I know they are yet to be released so, what exactly am I getting?" he wrote. 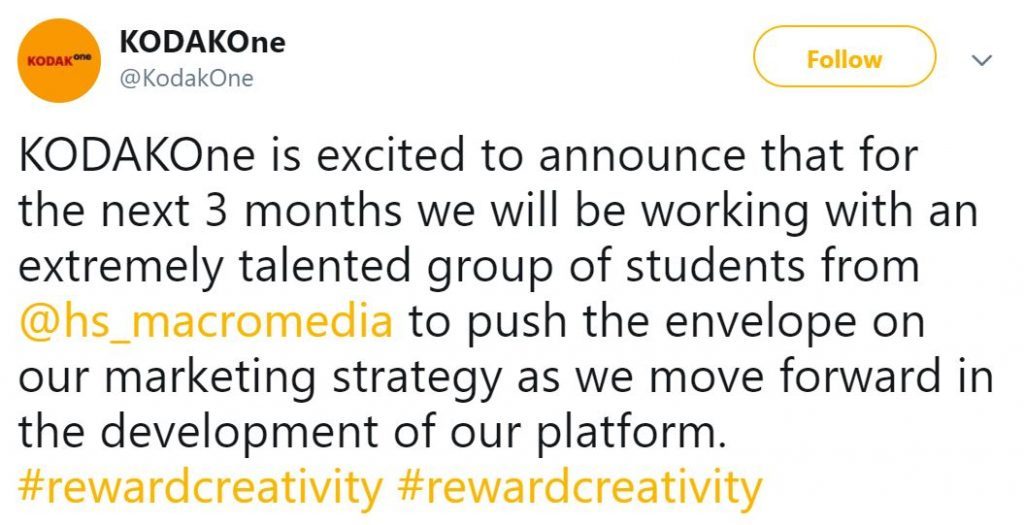 According to Nene, KODAKCoin won't be able to launch because the remaining architect(s) are keeping the code as ransom over unpaid wages.

"November 2018, still no payment from Ryde to any of the invoices. Instead the company is publishing fake information on the internet that they are launching their platform in beta mode. This is a lie as the person working on it confirmed that he's keeping the code as a ransom to the money they owe him," Nene writes.

Where it all went wrong

The entire project might have gone wrong before it even began. 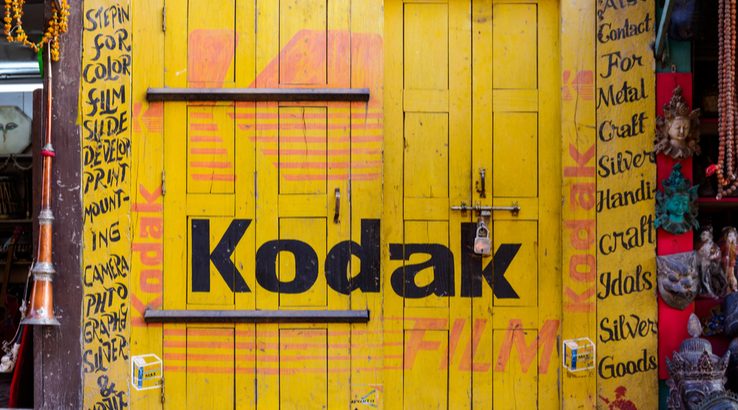 "They are looking for a fast way to get rich and then bin the whole project," Nene wrote of the KODAKCoin masterminds.

But it's not as though there weren't any warning signs.

"In January 2018, KODAK made an announcement at CES that it would be venturing into the field of Blockchain and cryptocurrencies... At the time of the announcement, no one really understood the partnership arrangement between all the parties involved... Like most people interested in blockchain, I was aware of KODAK's ambitions and was excited to be part of it," Nene said.

This might not be entirely correct. Even at the time, the nature of the partnership between the parties was well known, and it was public knowledge that the ICO was a re-branded reboot of an already-failed ICO whose only real connection to Kodak was that it had paid to use the name.