How the ATO profiles you based on your data footprint - finder.com.au

How the ATO profiles you based on your data footprint 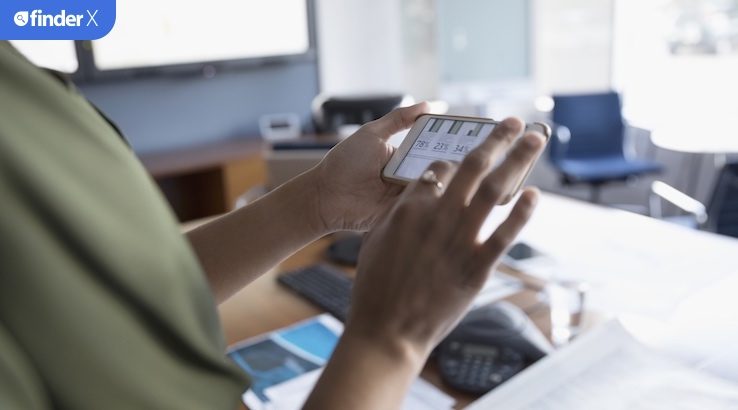 Mark Chapman explains how the Australian Taxation Office learns more about us than what we put on our tax returns.

Big data is a feature of modern life. The supermarkets we shop at, the social media sites we connect to friends through and the political parties we vote for are all examples of entities that hoover up our personal data to get a better picture of who we are, what we like, what we earn and what we believe – all so they can better target us with marketing to get us to buy into whatever they are selling.

But not many people realise that our own government is one of the biggest consumers of data about us. Specifically, you might be surprised to know just how much the ATO knows about you in addition to the information you provide every year through your tax return.

Increasingly, the ATO resembles a data factory, absorbing information about taxpayers from numerous outside sources, all designed to build a picture of our financial position independent of the one we present through our tax return.

Why do they do this? Quite simply, they don't trust us to correctly disclose our true financial position, so they use third-party data to cross-check what we report in the hope of picking up discrepancies.

Each year, the ATO receives third-party data from sources as varied as the people who employ us, the banks we keep our savings with, the sharing economy platform we "gig" with as a side hustle and the real estate agents who buy, sell and rent our properties.

In addition, ATO systems constantly scan media outlets all over the world and social media platforms (such as Facebook) for information about the way we live, the assets we own and our income.

Pulling all this data together, the ATO can build up an accurate picture of our income, our outgoings and our assets long before we ever lodge a tax return.

And what do they do with all this data? Well, consider the following examples, all of which are fictitious but illustrative of the ATO's capabilities.

The ATO receives data on all new car purchases. They identify that Bob – who runs his own business as an electrical contractor – has recently purchased a new Porsche 911, but Bob's tax return shows that his taxable income for the last few years has been less than $20,000 per annum. How can Bob afford the car? The ATO might conclude that Bob hasn't been declaring all his income on his tax return. Perhaps he is undertaking cash jobs that never hit the books, so they launch an audit of Bob's affairs.

The ATO receives data that Jill has recently sold a multi-million dollar property overlooking Sydney Harbour. When Jill lodges her tax return for the year, there is no reference to the property sale. The ATO concludes that Jill may be seeking to avoid capital gains tax on the sale of the property, so they undertake an audit to find out why the disposal of the property was not recorded.

Derek claims to have left Australia to take up residence in Japan. As a non-resident, he is no longer liable to Australian taxes on his overseas income, which is considerable. But information received by the ATO on his arrivals and departures from Australia – captured by Border Force each time he passes through immigration at an Australian airport – reveals that Derek actually spent over 200 days in Australia during the year, meaning that he probably doesn't meet the criteria for being a non-resident. The ATO launches an audit to get to the bottom of the matter.

So, what is the moral of the story? Quite simply, don't try to hide information about your finances from the ATO.

Choosing to avoid disclosing a transaction that has tax consequences on the basis that the ATO will never know about it is a dangerous and expensive path – because the chances are the ATO already knows exactly what you've done almost as soon as you've done it.

Mark is a regular commentator on tax matters for a variety of Australian broadcast and print media outlets. In addition to his columns in Money Magazine and My Business magazine, he has written for a variety of national publications such as The Australian Financial Review, The Daily Telegraph, The Age and Business Spectator. Previously, Mark was a tax adviser for over 20 years, specialising in individual and small business tax, in both the UK and Australia. As well as operating his own private practice, Mark spent seven years as a senior director with the ATO. Mark is a Chartered Accountant, CPA and Chartered Tax Adviser and holds a Masters of Tax Law from the University of New South Wales.