Can you build wealth investing in Lego? 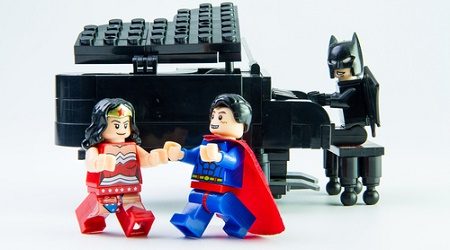 Toys may be a better investment than stocks or savings.

No matter where you grew up, if you were born after 1949, you or your friends most likely built and played with Lego sets and figurines. Fast-forward to the present day and these tiny, colourful bricks and pieces not only remain popular toys but are now valuable collectors items, with some kits worth hundreds and thousands of dollars.

But could these plastic construction toys be a better investment than stocks or high interest savings?

Late last year, an analysis by British newspaper The Telegraph found the rate of return on Lego collectibles was significantly higher than investments favoured by savers on the Financial Times Stock Exchange (FTSE) 100 Index over the past 15 years.

The study revealed the value of the FTSE 100 at the end of 2015 was no higher than it was in February 2000, giving savers an average annual return of just 4.1% after dividend payouts.

In comparison, unopened, mint condition Lego sets have risen 12% each year since the Millennium.

The value of some second-hand discontinued sets has also increased, while newer sets, such as the popular Star Wars series, are returning even greater value - some released in 2014 sold for 36% more than the regular retail price.

In 2011, after realising the profit margins vintage Lego sets and pieces were generating on seller's forums such as eBay, brothers Ed and Jeff Maciorowski launched Brickpicker, an online community that offers dedicated and detailed information, deals and assistance for Lego collectors and investors.

The site offers price guides, lot calculators, a brick index displaying the top performing sets on eBay over the past six months, brickfolios and inventory trackers.

In an interview with Inverse in March, Brickpicker co-founder Ed Maciorowski said that despite stiffer competition in recent years and a greater amount of inventory floating about, there are still sets which are returning huge margins over short periods.

For example, the Super Star Destroyer from the latest Star Wars film retailed at $US400 per set and now sells for around $US1,000, a little over a year later.

"It’s a huge set, it’s an awesome ship, so stuff like that will have longevity. But it will be harder to produce those superstars," Maciorowski said.

He believes Lego is careful not to overproduce or re-release sets, allowing items to retain their value.

"Baseball cards got killed because they were just printing sheets of paper. There were millions of them, and there was technically no value to that anymore," he said.

"Here, this is plastic: For the most part they don’t fade, they don’t work differently, it’s a toy that never goes bad and they’re almost indestructible. It’s really hard to break a Lego piece! The mini figures all work together. That’s what’s great! It’s a commodity."

But investors beware! Buying up everything Lego won't necessarily turn you a profit in the future. A post on the Brickvesting Blog reveals a number of Lego products and themes, including Prince of Persia and The Lone Ranger, that proved so unpopular they're garnering less now than their original retail price.

Lego isn't the only shopping item to be considered a potentially sound investment. In the last five years, Chanel's Classic Flap Bag has seen a 71.92% increase in value. These figures make the bag one of the highest returning investments, outperforming the US housing market and the S&P 500.

Earlier this year, a rare collection of Australian Commonwealth coins dated 1910-1964 sold for more than $900,000 at auction, with many new records set for individual coins.

If you're unsure of the best investment strategy for your savings or superannuation, check out our comprehensive investment guide and consider discussing your options with a financial adviser.