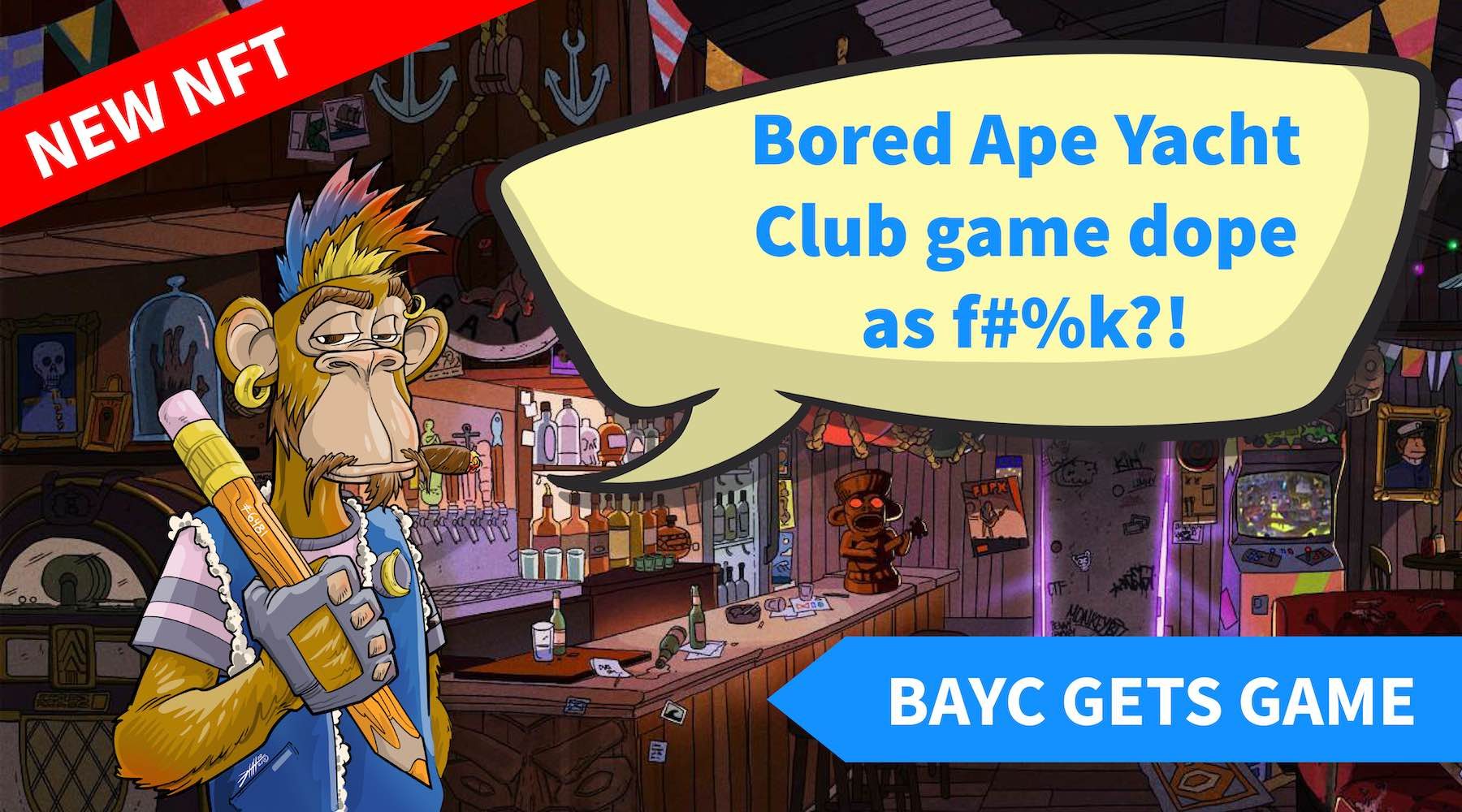 The Sandbox publisher, Animoca Brands, is teaming up with blockbuster NFT tribe Yuga Labs on a game in the Bored Ape Yacht Club BAYC space.

If you've kept even a casual eye on the NFT space in recent times you would have heard of Bored Ape Yacht Club (BAYC). Despite the less than exciting name, this procedurally generated collection of 10,000 art tokens set the scene on fire in April 2021. Originally selling for around US$200 each, the ritziest has since sold for US$3.2 million.

Happy days for that lucky punter!

As well as existing as a collectible piece of art, a BAYC token also doubles as a key to various unlockables. This includes various airdrops and access to exclusive events, as well as entry to the BAYC virtual club. A smaller-scale version of what we're seeing with Metakey. Yep, these apes have legit gone to the moon. Impressive considering that despite being randomly generated, they all look stoned as.

When will the BAYC game come out?

It's scheduled for release in Q2 2022, which is awfully close, and indicates one of the following:

What formats will the Bored Ape Yacht Club game be on?

This has not officially been announced. However, looking into Animoca's history, a safe bet would be PC, iOS and Android. 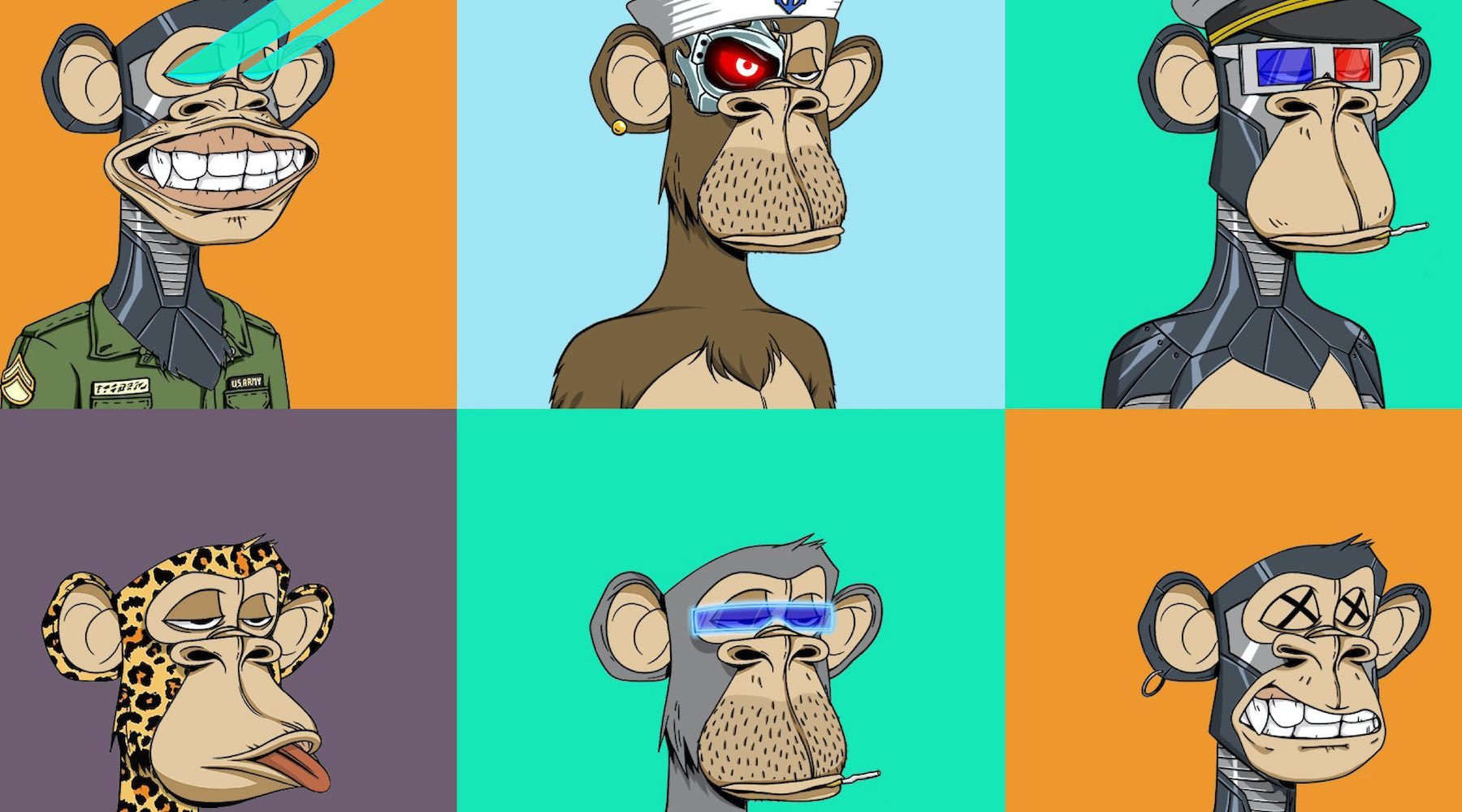 I've covered a zillion game announcements in my 25 years in the industry, and few have been as vague as this one. No gameplay. No assets. Not even a genre. All we know is that it's coming very soon and that it will adopt play-to-earn mechanics.

The original Bored Ape Yacht Club NFT drop didn't come immersed in a stack of world building either. What we know is that there's a club house, which has rooms in it where members can interact with each other. As of the time of writing, the Bathroom is the only room of the club house open. Members can go in and write funny stuff on the walls.

It would make sense that the game would feature the club house as a hub or key location. We can assume the sense of humour will remain intact. You'd like to think that members will be able to carry their NFT into the game as a character skin as well. Certainly that has been indicated by Yuga Labs, who spoke to its desire to "expand the utility" of its NFTs.

Crossovers with Animoca games like The Sandbox will be likely at some point, and it could possibly utilise the GAMEE platform.

The relatively small turnaround time for the BAYC game has me thinking it won't over-reach in terms of gameplay. We won't be getting a big 3D world to explore here, such as in Illuvium. It's not going to be an open-world RPG or a first-person shooter. Visuals will be cartoony and not overly detailed – possibly retro.

At a stretch we may get a platformer, but more likely is a collectible card game or a strategy battler akin to a Pokémon or an Axie Infinity. Ideally, there could be some breeding or mechanic by which new forms can be minted as part of a second-tier batch of BAYC ape tokens.

We're excited to work with Animoca Brands to grow the BAYC universe and expand the utility and benefits offered to all Bored Ape NFT holders. Animoca Brands is a trailblazer in the blockchain gaming space with a proven track record of delivering. We can't wait to share more with the community about what we're building.” 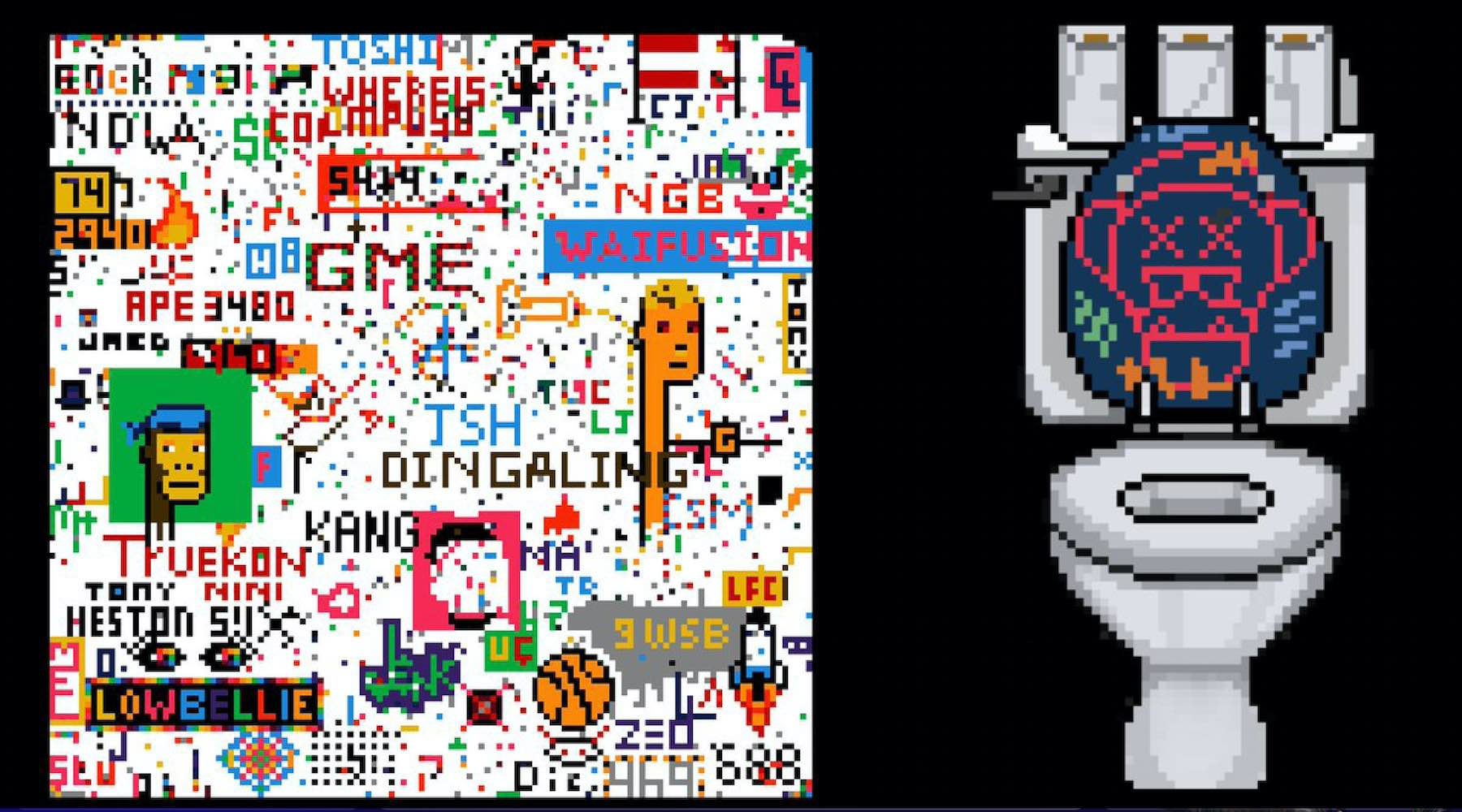 Who is Animoca Brands?

While it's relatively simple to understand what Bored Ape Yacht Club is all about, the name Animoca Brands may be lesser known. It shouldn't be. These guys have been on the front foot with first blockchain gaming and crypto games, and now NFT games, since the very start. In fact, we interviewed founder Yat Siu way back in 2018 (see video below).

Animoca hasn't positioned itself as a developer as much as a traditional publisher. The company is constantly securing large investment, and then piling that back into the acquisition of NFT games or big-name partnerships. These then sit under its wealthy, watchful eyes. Although, from the outside looking in at least, said games and developers continue to do their thing autonomously.

You may know Animoca thanks to The Sandbox or Cryptokitties. It's also behind F1 Delta Time, Phantom Galaxies, Revv Racing, Crazy Defense Heroes and the GAMEE Token. It's also had a hand in several non-NFT game experiences. This includes titles for brands like WWE, Power Rangers and The Addams Family, and known games like Siegecraft, Base One and Gunscape.

There are countless more fingers in pies. Way more than I can list here. Even earlier this week Animoca announced a deal with champion horse breeder Aquis One to tokenise its animals. It's never ending.

NFTs have emerged as a store of culture. There are very few icons that are able to represent the surging world of NFTs as powerfully as Bored Ape Yacht Club, which is why we, as a group and in aggregate, hold a significant number of them. We are incredibly excited and proud to collaborate on a game for this cultural milestone.”