Minecraft, Netflix and a bold future worth choosing? 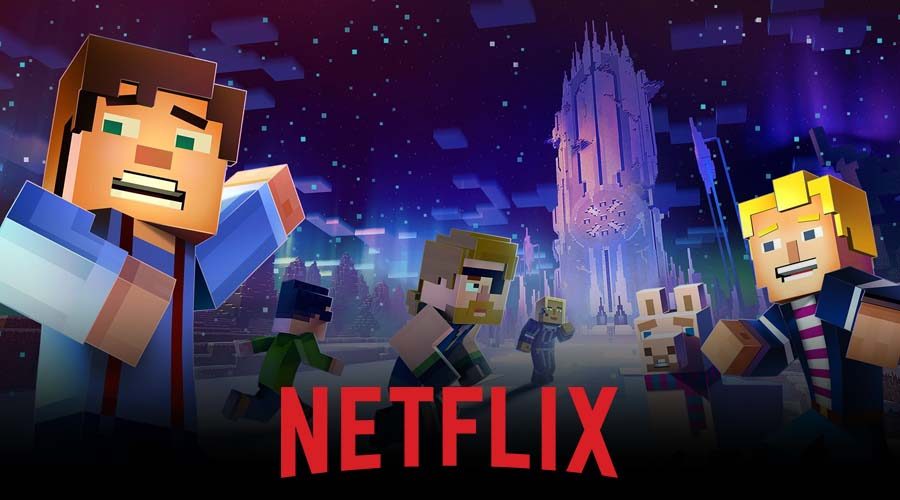 I hate grocery shopping with the fury of a thousand suns but a recent soul-crushing trip to Aldi managed to delight me. There, tucked in the special deals section, were some long-forgotten and much-beloved artefacts from the past: Choose Your Own Adventure books. I couldn't get my wallet out quickly enough.

Rushing home, I thrust these tomes in front of my kids and tried to explain their function. Halfway through my marketing spiel, the eldest interrupted with "oh, so it's like Minecraft: Story Mode". After some counter-explaining from him to me, I'll be damned if he hadn't hit the nail on the head.

Minecraft: Story Mode is an oddity that needs some background if you're not an avid gamer. What we have here is a spin-off; a narrative-driven interactive experience that has very little in common with vanilla Minecraft.

Story Mode is a series of decisions and consequences with only a passing visual resemblance to that cultish phenomenon that kids still stare at for hundreds of hours at a time. There's a beginning, a middle and an end here. Not just destroying things to craft things to better destroy things.

Instead of controlling a voiceless bloke named Steve, Story Mode's main character is a unisex avatar named Jesse, a low-level Minecraft player who'll come to journey with their ragtag crew to find The Order of the Stone, five legendary adventurers who saved the Minecraft world.

Speaking of newbies: clueless parents should go in expecting little explanation of this world because Story Mode assumes you live and breath Minecraft. In no time you'll be visiting some of the most difficult and unseen areas in the vanilla game, including the Nether and The End, as you attempt to defeat the Wither Storm. Best look to your kids for decision-making advice here. 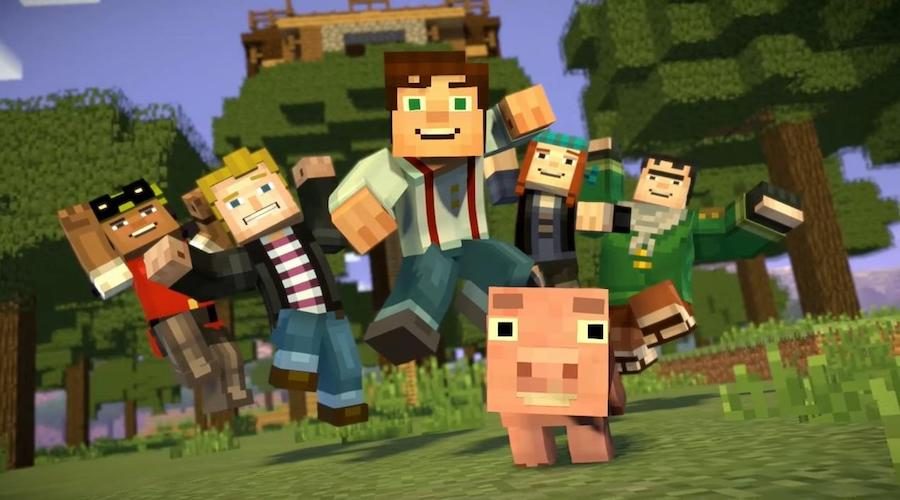 Because that's basically what we have in a nutshell. Every two minutes or so a conspicuous border will appear to announce a moment of binary choice. Tapping left or right before the generous timer ends will lock in a course of action (taking too long will result in a random decision made for you). Some of these might be verbal responses to dramatic events, important travel plans, basic combat tactics or which items to build. Some of these are simplistic choices that merely colour the moment, while others shape Jesse's life in meaningful ways (and you'll get a notification telling you as such).

Thankfully, and unlike ye olde Choose Your Own Adventures, zigging when you should have zagged won't end in a cheap death that kills your progress. With that said, your choices will carry forth into subsequent episodes (and even across seasons) in measurable and pleasing ways. Also, Netflix has also included a system where you can revert to previous sub-chapters within these one-hour episodes to enact the odd do-over. It's pretty slick stuff.

There's a good deal of content on offer here

There's a good deal of content on offer here, too. Season 1 was released in late 2015 and was comprised of 8 episodes (The Order of the Stone, Assembly Required, The Last Place You Look, A Block and a Hard Place, Order Up!, A Portal to Mystery, Access Denied and A Journey's End?). 2017's more diminutive Season 2 is here as well with 5 episodes (Hero in Residence, Giant Consequences, Jailhouse Block, Below the Bedrock and Above and Beyond). Game developer Telltale Games folded recently this year and didn't craft anything beyond the Season 2 finale. But who knows? More could be produced if Netflix deems this interactive experiment to be viable.

On the topic of curbing enthusiasm early, returning fans of Minecraft: Story Mode need to go in knowing that the "gameplay" here has been watered down considerably. The point-and-click graphic adventure you knew in 2016 had item collecting, puzzle solving and talking to non-player characters via complex dialogue trees to gather info and make more-informed choices. You also had elements of crafting and building in that gameplay loop along with other action sequences like basic driving sections and quick-time events. Obviously, those can't be recreated with Netflix's limited "click on one of two option buttons" approach. Those action sections simply play out on auto. It's a shame, but also not too disappointing.

In fact, Minecraft: Story Mode overall isn't too disappointing a proposition at all. It passed with flying colours when I put it to the test with my two sons (aged six and nine). The youngest who'd never played the original game was positively enthralled, the eldest who had was more than happy to "replay" it with the family. Because that's how we ended up consuming this in the end, as a multi-generation group of lounge-based adventurers cycling remote control and deciding our collective fate.

Is there a future for narrative-driven episodic games on Netflix? Absolutely. Minecraft: Story Mode is the perfect family friendly testbed for the streaming service and I'd recommend it to you and yours in a heartbeat. Better yet, with Telltale Games' recent closure I imagine Netflix can cheaply acquire and adapt a number of other award-winning story titles. If intellectual properties like Game of Thrones, Tales From the Borderlands, The Wolf Among Us and Batman were to appear on Netflix too, well, the only sensible viewing decision would be clicking on the box marked capital YES.