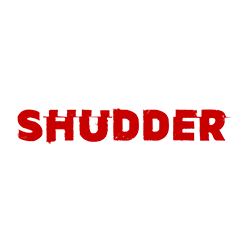 Shudder Australia: Everything you need to know

The latest streaming platform on Australian shores is here. Specialising in horror titles, it may scare your pants off.

Competition in the Australian streaming market just got fiercer. Shudder, the horror platform that’s already available in selected locations overseas, is now live in Australia, giving horror enthusiasts reason to celebrate. Shudder offers hundreds of hours of killer content ranging from TV series to movies – some exclusive to the platform.

Shudder is a streaming video-on-demand platform owned by AMC Networks that offers suspense, thriller and horror content. The service launched in 2015 in the US and soon became available in Canada, the UK and Ireland.

Just like Netflix, subscribers pay a monthly fee and can watch as much as they want from the platform’s ever-growing library of horror titles. Shudder is also producing original content and has been scoring exclusive releases in recent years, so there’s a lot to look forward to (especially if you enjoy being frightened on a regular basis).

Even better, a subscription won't break the bank. Shudder is a niche service, like hayu, iwonder and CuriosityStream. As a result, it costs less than general providers like Netflix and Stan.

How much does Shudder cost?

In Australia, Shudder is priced at $6.99/month or $69.99 annually. The platform also offers a seven-day free trial so you can test it out and figure out if you're too scared to watch or would like to continue.

Shudder offers a varied selection of series and movies – and with some titles exclusive to the platform, it’s safe to say that Aussies won't run out of stuff to watch anytime soon. However, as with all streaming websites, some titles available in the US, for instance, aren't available in Australia due to licensing rights.

Titles range from classics like Halloween 4 to cult hits like It Follows to more recent releases like Terrified, winner of the best horror film award at the Fantastic Fest (the largest genre film festival in the US) and one of the most bonkers horror films to come out in 2018. Subscribers can also stream hidden gems like Hell House LLC, The House on Pine Street or Starry Eyes.

Shudder doesn’t rely on an algorithm to offer recommendations, like many other streaming services. Instead, it neatly sorts its library into enticing collections that will catch your eye, especially with categories like "Flesh Eating Frenzy" and "Not Your Ordinary Bloodsucker".

There’s some original content as well, which so far is the platform's strongest selling point in Australia. Its original movies are particularly enticing, so we're sure that titles like Revenge, DeadTectives and Belzebuth will catch your eye.

We also recommend you check out Cursed Films, a recent docu-series about the facts, myths and mysteries surrounding iconic films and franchises whose casts and crews have been struck by misfortune and tragedy. Also Creepshow, a horror anthology not recommended for the faint of heart.

What can I watch Shudder on?

Shudder is compatible with your standard suite of devices. This includes Mac and PC, iOS and Android devices, Chromecast, Fire TV and Xbox One. While they aren't currently offered, Shudder's support page indicates it's expanding device compatibility to add more gaming consoles and smart TVs in the future.

It's important to note that Shudder's appearance in Australia in early August is what's called a soft launch – meaning some features and apps won't be available right away as bugs are still being worked up. If you're eager to join the screaming party early though, you can seamlessly sign up via a web browser, check the library and start streaming.

The Shudder interface is clean and easy to explore. You can stream titles in up to HD 720p quality, but older movies are only available in SD. No titles are available in 4K.

One of the downsides with the horror streaming service is that you can't download titles to watch offline. Closed captioning is available for select titles.

Our verdict on Shudder

Shudder is a niche streaming service, one that genre fans have been patiently waiting to land in Australia for a while. In other words, if you're into horror, you'll find plenty to love here. And with the yearly subscription option available, you can save some cash if you're keen on joining in for the long run.

If you only enjoy horror content on a casual basis, on the other hand, investing in yet another streaming subscription might not be particularly wise. We advise you check out the seven-day free trial and decide for yourself.

How will the Roy family react in the aftermath of Kendall’s bombshell press conference?