Would you pay less for Netflix with ads? 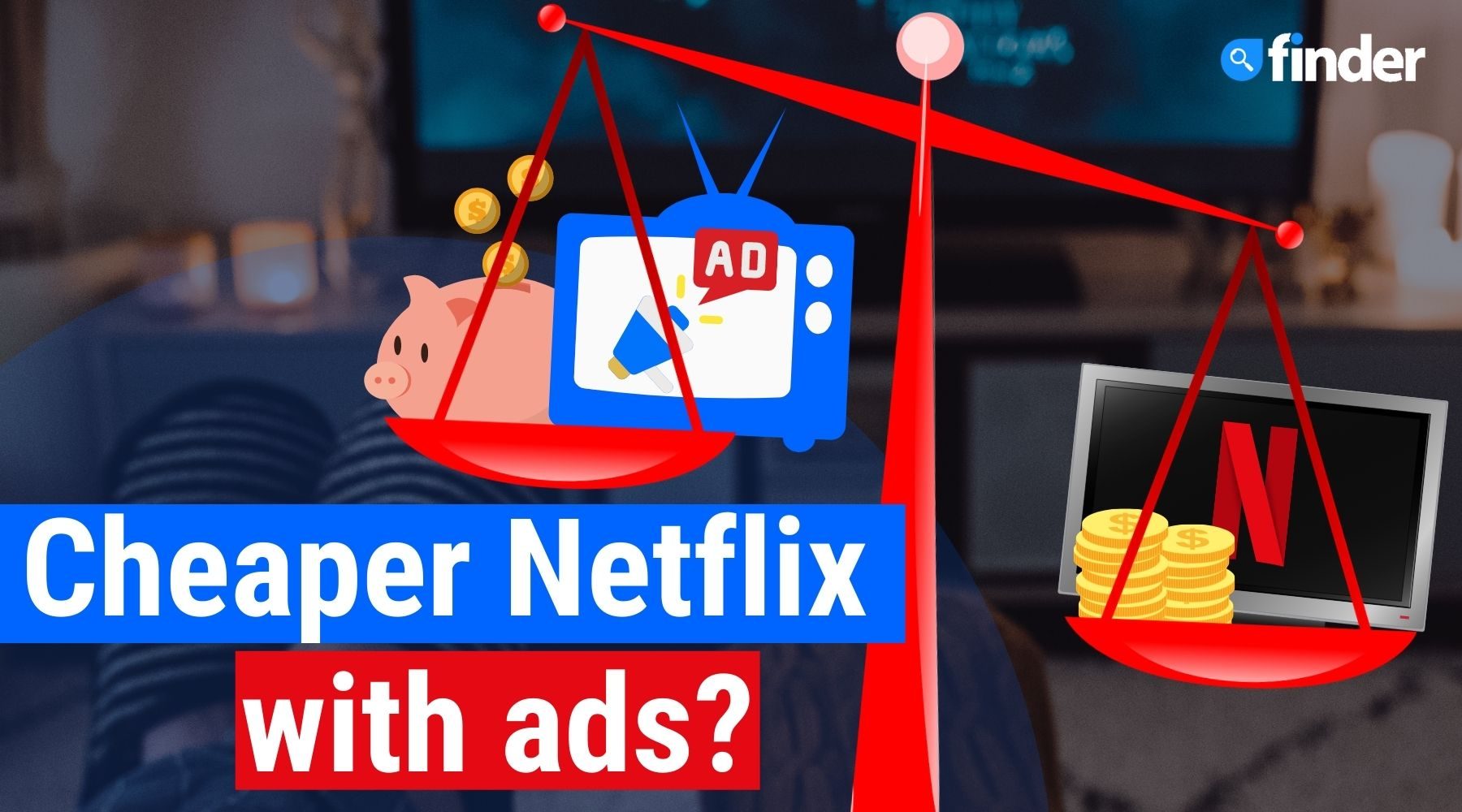 Cheaper Netflix could be on the table – if you can sit through ads.

Netflix is looking at introducing some cheaper, advertising-supported plans.

This comes as a result of wanting to turn around falling subscriber numbers and slowing growth for the streaming company.

Why is Netflix going to introduce cheaper, ad-based plans?

Netflix just released its financial results for the first quarter of 2022 and they weren't good. It showed that it had lost 200,000 subscribers, which was its first decline in more than a decade. To attract more subscribers, it's thinking about introducing a cheaper plan that features ads.

This is a major shift in thinking for Netflix. Co-chief executive officer Reed Hastings said in an interview following the results, "Those who have followed Netflix know that I have been against the complexity of advertising and a big fan of the simplicity of subscription."

Another reason Netflix outlined for looking at a cheaper plan to attract subscribers is increased competition from other streaming services. This competition is something that Finder has looked at, with Disney Plus in particular becoming a threat to Netflix's streaming supremacy.

When will Netflix's ad-supported plans arrive?

There's no firm timeframe on this yet. In his interview, Hastings said of the ad-based plan, "That's something we're looking at now. We're trying to figure it out over the next year or 2." So it's still a while before you will be able to experience cheaper Netflix.

If you're feeling the strain on your budget and are looking for current cheaper options, Finder looked at ways you could save on Netflix – and even how you could end up with 3 streaming services for the same price as Netflix's Premium tier.

How else is Netflix changing?

Cheaper plans are not the only way Netflix could be changing in the future to grow subscribers. It turns out Netflix is not so chill about password-sharing anymore and announced a recent trial in a few South American countries where you pay extra for a user not in the same household that owns a Netflix account.

Netflix estimated in its shareholder letter that its service is being shared with over 100 million additional households and is now looking to monetise this sharing. This means if you're one of the many people out there who admit to sharing a Netflix login with someone you don't live with, there might be a price rise coming.

Don't worry though, the crackdown on password sharing could still be a while away. It's likely to be at least a year away from rolling out worldwide according to Greg Peters, Netflix's chief operating officer and chief product officer. "My belief is that we're going to go through a year or so of iterating and then deploying that, so we get that solution globally launched," he says in the same interview as Hastings.

Can't wait for a cheaper Netflix?

The basic plan for Netflix in Australia is $10.99 a month while the premium plan is $22.99 a month. Netflix doesn't offer a free trial, but there are plenty of other streaming services that let you try for free, which can save you some money.

You can check out Finder's guide to compare streaming services to see what works for you.