How to get a whole row to yourself on airplanes 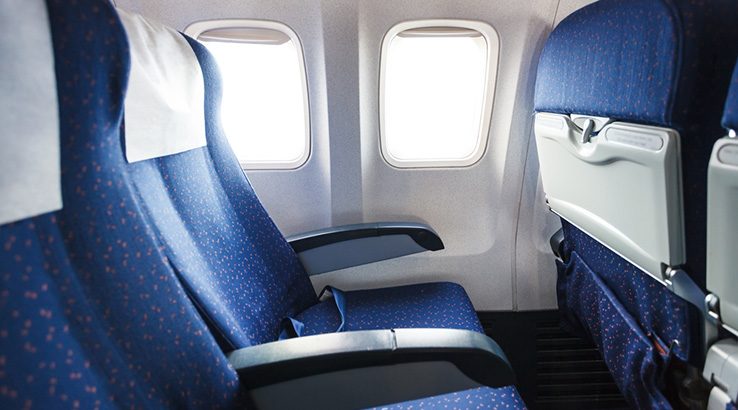 Who needs legroom when you can get spare seats?

In this day and age of overbooked flights, getting a whole row to yourself is a real luxury, especially on international flights from Australia where you’re generally looking at a long trip ahead. By the numbers, however, average international flights departing from Australia in 2016 were only 78% full. Some were overbooked, while others ran well below capacity, and airlines will often take advantage of empty seats to fly their staff and families while they can.

There is still a lot of empty space though. You just need to find it. Certain airlines and destinations will be packed at certain times of year, while others habitually take off with lots of empty seats. There are no guarantees, but there are plenty of ways to boost your chance at the flight jackpot.

The least crowded flights and routes

Aussies flying to Papua New Guinea or the Philippines are in luck, with some regional airlines making it easy to pick up flights with plenty of room.

This is much lower than some of the larger and better-known carriers, so if you’re looking for more room on your flight it can be worth flying with local carriers.

The most crowded airlines

Over the last few years Nippon Airways tends to run Australia’s most crowded flights, with 91.3% average capacity. This is well above the number two spot, which is American Airlines with 87.7%. It’s not necessarily bad news though. It’s a five star carrier with a reputation for outstanding customer service, so it’s definitely doing a lot of things right. The top five most crowded airlines out of Australia, on average, are:

All of these run at over 85% capacity on average. For a bit of perspective, Jetstar is only number 21, with 78.3% average capacity. People love comfort in the air, and it seems that most travellers still strongly favour the higher-end all-inclusive airlines.

There’s no beating the outstanding value of Jetstar, however, and you may well be able to find a much emptier flight with either of these. Because they’re all about value, it’s reasonable to assume that most travellers favour the cheapest flights on any given day, so you might be more likely to snag that dream flight with a whole row to yourself by getting one of the slightly pricier flights of the day.

It can be a little harder to get enough space to yourself on the longer haul flights, however, with North America and Europe tending to run fuller than the Australian average. It’s a bit of a shame because these long haul 15+ hour flights are when you need it the most. Fortunately there are a few easy ways to get much better odds.

North American flights tend to be on the crowded side, but with plenty of month-to-month variation. Avoid June, August, September and December if you want more space and look to fly in February or October for much better chances. 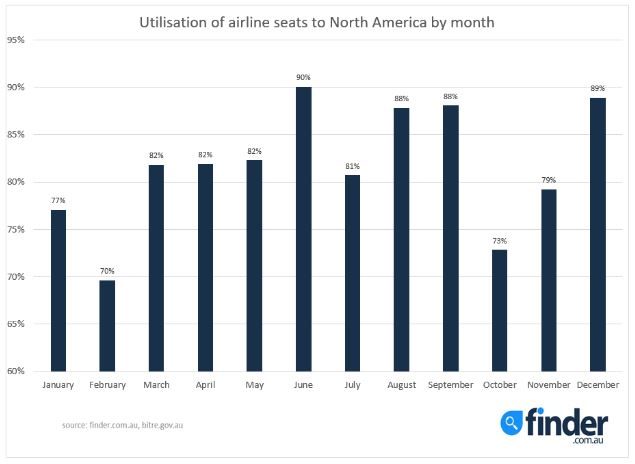 Naturally, this isn’t always possible, so for a better chance of finding more room, at any time of year, all you need to do is fly with the right airline.

In general the American-based carriers, American Airlines, Delta, Air Canada and United tend to run fuller than average. Note that these are the averages for all routes, however, so the difference might not be quite as stark as this.

Hawaiian Airlines in particular is a standout. Honolulu, Kauai and Maui are among its top destinations, but it also flies to New York, Las Vegas, Seattle and other major American destinations, all while tending towards roomier and less crowded flights.

It’s a points partner with Virgin Airlines, and others, so it might be worth checking it specially if you’re heading to the USA. Hawaiian Airlines is a mould-breaker. Its flights are for more typically popular routes, but it tends to have more spacious flights overall.

Other than that, if you want to make a snappy decision for a roomier flight to Canada or the USA, simply pick an Australian carrier.

Get emptier flights to Europe

The month-to-month picture for Europe flights is similar to that of North America. October is an outstanding choice, while June and December are the busiest times to head over. 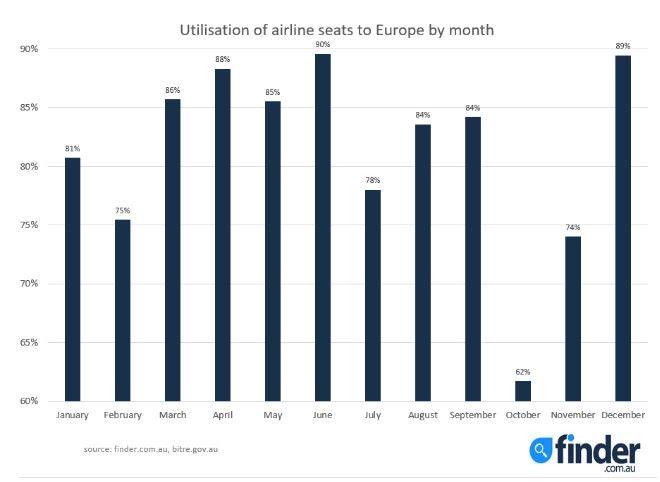 These numbers are for flights to the UK and Germany from 2011 to 2016, on British Airways, Qantas and Virgin Atlantic.

No matter which one you fly with, you’re probably looking at a fuller-than-average flight to the UK or Germany.

British Airways in particular is one of the busier carriers around, which might be largely down the number of Brits flying both ways with British Airways. The British Airways oneworld and rewards partner network is largely separate from the Australian ones, so you might find more Europeans, and more travellers overall, utilising British Airways over Qantas or Virgin Atlantic.

Once again, if you want emptier flights on these major international routes, flying Aussie might be the way to go.

Is looking for an emptier seat really worth it?

It’s all about averages, so there are no guarantees. It can be well worth rolling that dice though, even if you don’t hit the empty row jackpot. As finder.com.au's travel expert Angus Kidman notes, being able to spread your wings by having empty seats on either side can really change the experience.

“Flight attendants have far fewer mouths to feed when the plane is half-empty - which makes their service far more attentive.

Having less people on board also means more space in the overhead carry-on storage as well as fewer queues for boarding and bathrooms.”

“There’s nothing worse than going through the hassle of a busy international airport and then being crammed in like sardines for 10 or more hours. Australia, while being known as the lucky country is quite unlucky when it comes to the large distances to global travel destinations - long flights are best enjoyed empty.”