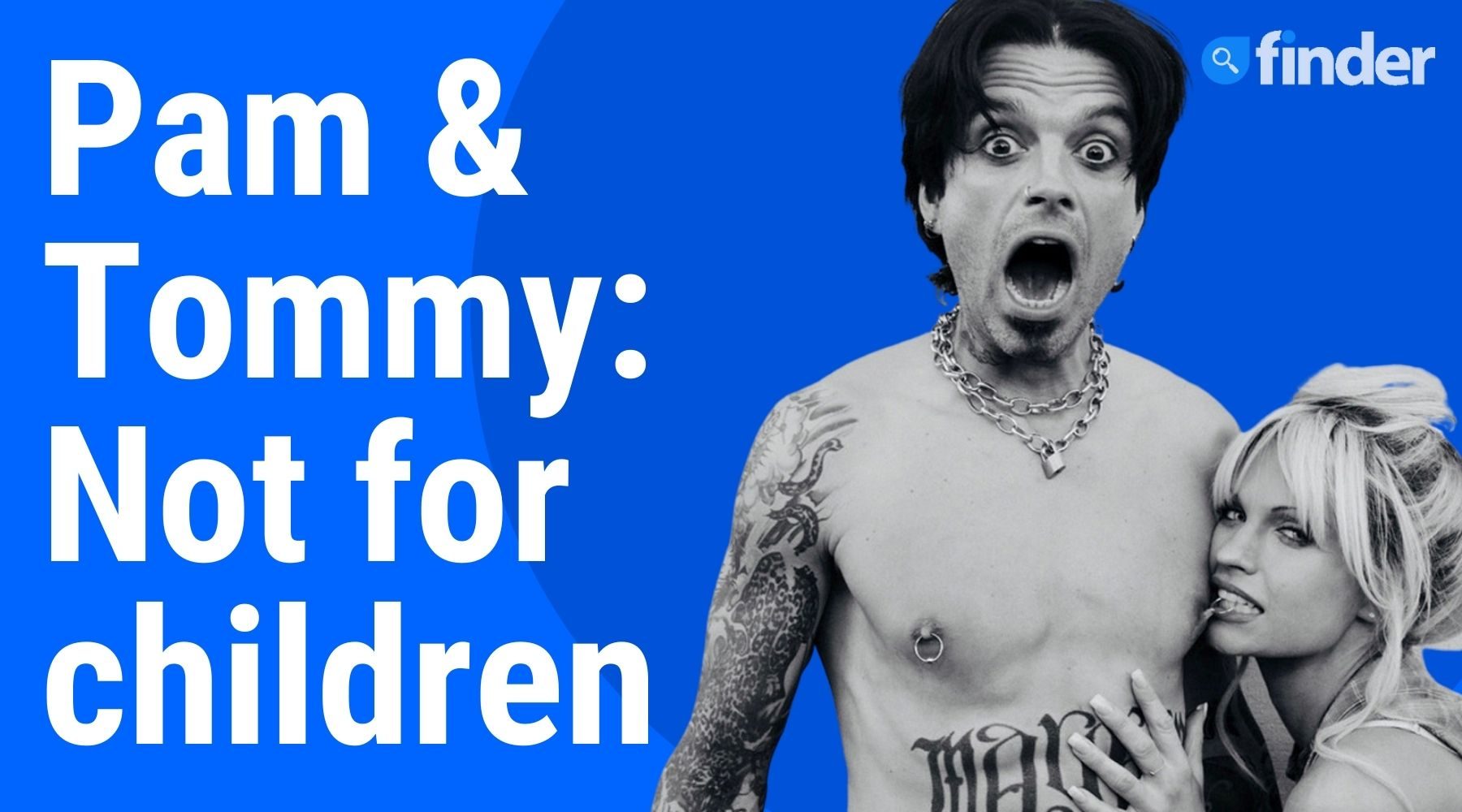 Here's why 90s teens suddenly want to sign up for Disney Plus.

If you weren't coming of age in the 90s, there's a chance you're not particularly familiar with the Pamela Anderson/Tommy Lee sex tape scandal.

It was a big deal, forever influencing celebrity journalism and turning what was supposed to be a private moment into entertainment everyone could pay to see. Given the ubiquity of today's reality television and the celebrity sex tapes that have seen the light of day since, it may seem like just another scandal. However, at the time, it was a monumental one.

That's what Pam & Tommy, a new series on Disney Plus, is all about. The biographical comedy-drama chronicles Pamela Anderson and Tommy Lee's whirlwind romance, as well as the events that led to the release of the tape.

Given the salacious subject, the show is rated R18+. Despite Pam & Tommy landing on Disney Plus in Australia, we recommend keeping the title away from kids' eyes. For everyone else, expect a bonkers viewing experience.

What's the story behind Pam & Tommy?

In the mid-90s, Pamela Anderson was starring in popular series Baywatch and had appeared in Playboy several times. Tommy Lee, meanwhile, was the drummer of heavy metal band Mötley Crüe.

The two stars met, fell madly in love and got married after knowing each other only for a few days. The pair was always in the spotlight, with paparazzi hot on their trail whenever they left the house.

So how did the tape get out? Lee reportedly fired a contractor, Rand Gauthier, who wanted to get revenge. Gauthier stole the tape from the couple's mansion and sold it.

The video eventually landed on the Internet for the entire world to see. In other words, it was released without Anderson and Lee's consent and went viral despite the couple's legal efforts to limit distribution.

Is Pam & Tommy any good?

Given the talent attached and the early reviews for the show, yes. Pam & Tommy currently has an 87% score on Rotten Tomatoes, with critics praising the performances.

Why is the show streaming on Disney Plus?

Pam & Tommy is a Hulu production and it's distributed outside the US as a Star original. Disney Plus launched the Star channel last year as its main hub for titles aimed at a more adult audience. This new miniseries joins titles like Grey's Anatomy, It's Always Sunny in Philadelphia, Criminal Minds and more. Pam & Tommy premieres on 2 February, with episodes coming out weekly after that.

Star is an integral part of Disney Plus – you don't have to pay separately to access the content. Subscriptions to Disney Plus in Australia cost $11.99 a month or $119.99 annually. The service isn't offering a free trial at the moment, but there are no strings attached. You can cancel your subscription anytime.

How to set parental controls on Disney Plus

Pam & Tommy is rated R18+, revolves around the release of a sex tape and has Jason Mantzoukas voicing Tommy Lee's penis in what will probably be a memorable scene. You might want to set up parental controls so that your kids don't accidentally stumble upon the buzzy new release.

Thankfully, Disney Plus makes it easy to ensure that sensitive content is kept away from children's eyes. The service supports multiple profiles and lets you set up content ratings for each profile, restricting the content your kids will have access to. Additionally, you can set a 4-digit PIN for your profile, so they can't access it.

To do so, navigate to Disney Plus profiles, click on your profile icon (or whichever profile is aimed for grown-ups) and choose Edit Profiles. Then, go to Profile PIN under Parental Controls. Once there you'll be able to enter, change or remove your PIN code. Disney Plus will ask you to enter your password to confirm the change.