31 Xbox Series X launch titles confirmed: But what about the rest? 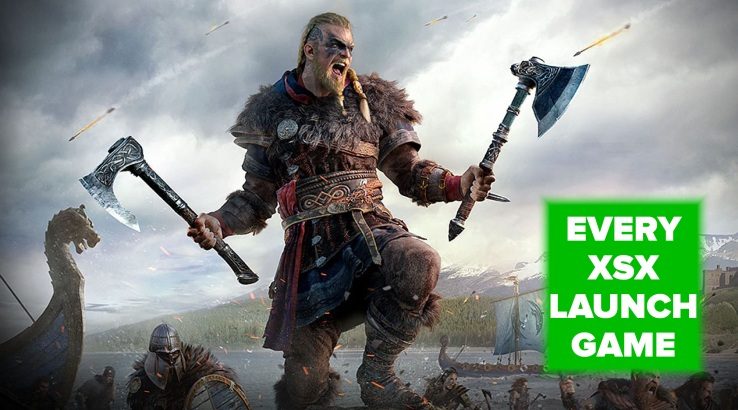 Microsoft has confirmed the launch titles for the next-generation Xbox Series X and Series S consoles, but the list is more notable for the games that are missing.

Not long to wait now. The next-generation of gaming starts with Microsoft's Xbox Series X console on 10 November 2020, giving it a three day start on its main rival, the PS5. They're going head-to-head, and when you compare the two consoles, there's one big differentiator. Games. Who has what?

It's fair to say that Microsoft's grand launch day plans were dealt a serious blow when Halo Infinite was pushed back. When it comes to exclusive, new titles, Sony has the better launch line-up. But when we look at overall number of titles, Xbox is theoretically set to win out. With Game Pass, Smart Delivery and a broad acceptance of backwards compatibility – from games to peripherals – we've been promised a lot.

Let's not forget that on 1 July, Microsoft stated there would be 100 games available at the XSX launch, including 22 console exclusives.

Today, Microsoft has confirmed 31 launch titles for the Xbox Series X and the Xbox Series S consoles. The full list is below. A number of small indie titles were revealed as being XSX optimised, but otherwise there's no big surprises in the reveal. At least with what is on the list. It's what's missing that is more intriguing, however. 31 is a far cry from 100. Anyway, let's start with what is included:

And remember, if you want to see a full list of the hundreds of titles announced for Xbox Series X, check out this master list. We also have a detailed analysis of the console itself on our Xbox Series X hub page, including details on where to pre-order the console.

Microsoft's next-gen Xbox has officially launched. Here are all the places you can buy the Xbox Series X in Australia.

While the above list is a solid offering, much more than previous generation line-ups, it's also very strange. Many games previously committed to being launch titles are absent from the confirmed list without explanation. Destiny 2: Beyond Light, for example, launches the same day as the Xbox Series X. Meanwhile FIFA 21, Marvel's Avengers, Madden 21, Control and WRC 9 are all still listed on the Microsoft website as being optimised and ready to go.

Elsewhere, there has been no word as to what's happening with Rainbow Six: Siege, Overcooked: All You Can Eat, Scorn and Warframe. These were all earmarked for launch. Not that all these games added together still gets us anywhere near 100.

With that in mind, it's worth noting that a number of key games are coming out within a week or so of launch. Call of Duty Black Ops: Cold War (13 Nov), Mortal Kombat 11 Ultimate (18 Nov), Cyberpunk 2077 (19 Nov) and Just Dance 2021 (24 Nov) are so close to launch, they might as well be considered launch games, even if they technically can't be on this list.