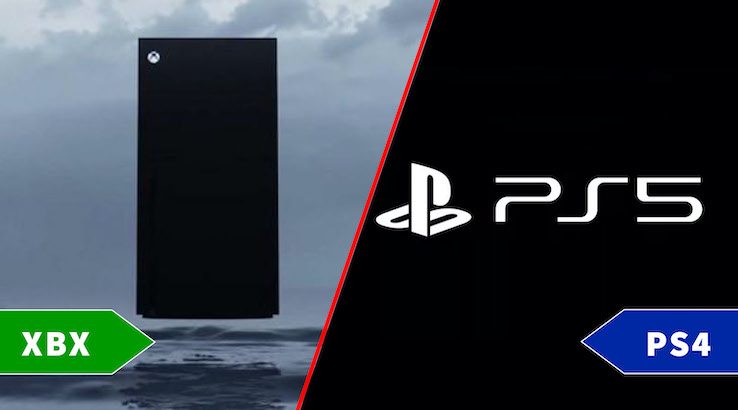 In November 2020, the new PlayStation 5 and Xbox Series X consoles launch. Who will win in the PS5 vs XSX video game console war?

The world of video gaming will be forever changed in November 2020. The PlayStation 5 and the Xbox Series X video game consoles will launch and will usher in the ninth generation of consoles. Which one will you get?

When it comes to PS5 vs XSX, you'd think an understanding of what went down in the last generation of gaming might serve to inform one's purchasing decision. That logic is debatable. If history has taught us anything, it's that the fortunes of a console producer can be completely reversed, regardless of how successful they are in the market today. All it takes to cause mass desertion is one boneheaded feature, one ill-advised user policy, one delayed blockbuster game or a misguided marketing campaign. Such events can instantly reverse your fortunes.

We've seen this occur time and time again, ever since the original Xbox launched in 2001. Back then, Microsoft was a newcomer underdog that had to go against the juggernaut that was the PS2 (which went on to become the world's most sold console). Interestingly, the generation that followed saw Sony fumbling with an overpriced and difficult-to-program-for PS3, thus allowing the Xbox 360 to dominate.

Microsoft then squandered all of its amazing gains in the generation that just passed us with Xbox One X. Long story short, it focussed far too heavily on being a must-be-online media box. (And then there was that tightfisted stance on game sharing.) End result: to date the PS4 has outsold the Xbox One nearly 2 to 1.

All that being said, it'd be foolish to assume that the game can't be radically table-turned again.

This is tough to speak on right now, given how rumoured and incomplete our understanding is of these two consoles. And hey, even if we did have all of the tech stats in front of us, history has told us that sometimes those numbers and components can lie. Unforeseen hardware bottlenecks can dampen performance. Quirky software solutions can milk more power than you'd otherwise thought possible. Sometimes you just need to have them both side by side, powered on, and playing the same game to compare.

All that being said, and from what we can see so far, Xbox Series X appears to be substantially more powerful than the PS5. In layman's terms: Microsoft's beast looks like it'll be launching with the equivalent of a high-end PC GPU. Conversely, Sony seems to be building a device with more of a balance between price and performance.

At least, that's how it looks at the start of 2020 anyway. Many things can change between now and the launch window. We'll be keeping our eyes peeled for more detailed intel, so keep this page link handy.

No huge improvements to be reported here for either camp. The Xbox Series X was revealed with what looked like a slightly smaller version of the controller you get with an Xbox One X. The only switch-ups we know of include a dedicated Share button and the D-pad has also been redesigned from a cross shape to a circle style that's more in line with an Xbox Elite controller.

As for the PS5 controller, we've only seen development kit versions that, quite frankly, look like DualShock 4 controllers at a quick glance. There are some internal changes in the form of haptic feedback (as opposed to the DualShock 4's rumble technology) and there are adaptive triggers on the back.

If you want a better idea of what the latter look like, you need only look to the new clip-on attachment that was recently released by Sony for the Dualshock 4. It seems like a conscious effort to bring the old controllers up to the new standard (and may even indicate that our PS4 controllers could be reusable on PS5).

While the technological innards of a video game console are usually every gamer's primary concern, let's not discount the importance of looks. After all, if a console has been forged to be a fugly monstrosity, you're the one who'll be forced to look at it for a decade as it leers at you from your entertainment unit.

Unfortunately, at the time of writing Sony has yet to unveil the final aesthetics for its PS5, so this is going to be a lop-sided comparison. All we've seen so far from the Sony camp is a leaked photo or two of its PS5 development kits. The bad news here: they look like somebody has stomped on the head of some futuristic vacuum cleaner. The good news? History tells us that development kits hardly ever look like their sold-at-store counterparts.

Meanwhile, Microsoft has already done a grand reveal of the Xbox Series X. It's a monolithic, tower-like beast with a green-lit top that errs towards the convex "inhaling" design aesthetic that was used with the Xbox 360. So much so that it gives the impression of being a console that's outright expected to be only vertically stood, which isn't really the way consoles have been up until now. Vertical consoles don't fit in entertainment units, you see.

Note: you can stand almost any console from the PS2 onwards upright, but they also offer a central, symmetrical horizontal stance. It's been confirmed that your XSX will function perfectly fine if you keel it over on its flank. Just expect one viewing angle of it to look amazing and the other to look considerably more boring.

There's method to this madness, however. A PC tower-style configuration will (according to Microsoft) allow the XSX to be as quiet and efficient as possible while also being crammed to the hilt with next-gen components.

There are a few PS5 games that we know are in development. This is either due to formal announcements or because developer job listings have all but let the cat out of the bag. The most notable ones include Godfall, Call of Duty Black Ops 5, Horizon Zero Dawn 2, Cyberpunk 2077, The Elder Scrolls VI, Path of Exile 2, Assassin's Creed Ragnarok, Marvel's Spider-Man 2, The Last of Us Part 2, Diablo IV, Overwatch 2 and Ghosts of Tsushima. We're also expecting Gran Turismo Sport to be re-released on the PS5.

Some of these are multiplatform and are almost certain to arrive on the XSX, too (think: Call of Duty 5, Assassin's Creed, The Elder Scrolls VI, Diablo IV and Cyberpunk 2077). We also know that we'll be digging into Halo Infinite, Senua's Saga: Hellblade II, Everwild, Forza Motorsport 8 and more as console exclusives. You can find a full list of over 45 Xbox Series X games here.

It's still early days on this, so the best we have are placeholder guesstimates of retailers. The ballpark for the Xbox Series X is US$400-$450. Going off the slightly weaker hardware present in the PS5, we're betting that Sony will look to debut at a US$399 price point. This will likely convert in Australia to around $599 and $549 respectively.

Below is a table that compares all the key specs and information. We've marked where specs are rumoured rather than confirmed. So look for an asterisk and make a note of the fact that some specifications are yet to be confirmed.

How do the PS5 and XSX compare with Nintendo Switch?

Though they're technically in the same generation of console gaming, the PS5 and XSX are worlds apart from what is offered on the Nintendo Switch. The former two are about raw horsepower and up to 8K gaming, whereas Nintendo has carved out its own unique handheld/console hybrid niche in the market.

We certainly wouldn't go so far as to suggest one way of gaming is superior to the other – because Nintendo punches way, way above its weight in the entertainment stakes. In fact, Nintendo arguably has the most talented developers in the world working on exclusive titles. But yeah, definitely factor in a huge graphical discrepancy into your purchase decision.

The UFC program shifts to Las Vegas as…

Two of the competition’s early frontrunners…

For its glassy surface, there are many things…