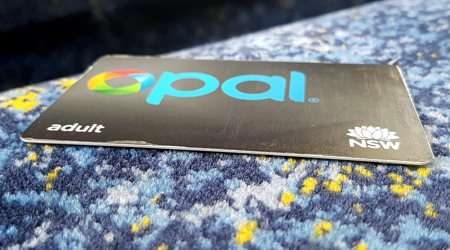 Before all the free trips end, I'm going to stage a wild week of maximum public transport value.

So Opal hacking is officially no more. The NSW Government yesterday confirmed that come September 5, passengers will no longer be able to take advantage of the rule that gave you free transport for the rest of the week after you had completed eight trips using the smart card system.

Now, any trips after that will be half-price. That's still a potential savings, but it's just not as appealing as knowing that you could take a trip to Kiama on a Saturday without paying an extra cent.

Though no-one likes to admit to this now, the "Weekly Travel Reward" was largely designed to encourage people to sign up and use the Opal Card. Typically, most public transport users make ten trips a week (the daily commute Monday-Friday). Offering free travel after eight trips meant that a large number of people could potentially benefit. However, it also meant that you could take eight trips that were a lot less expensive.

A short bus journey costs $2.10. Opal fares are currently capped at $15 a day, after which point any subsequent travel is free.

Seven separate short bus trips, where you get on at one stop and get off at the next, cost $14.70.

Take one more of those on a Monday, and you've made eight trips. Everything else you do for the rest of the week is free.

The same principle applies on trains, though the minimum fare is $2.36, you have to dodge peak and off-peak periods and you need to space the trips out by at least an hour to avoid it being counted as a "transfer". One particularly sneaky version involved walking between two nearby tram stops, but that loophole was closed earlier this year.

I've been happily Opal hacking ever since it became possible. I simply don't like buses and I live near a train station, so my version involved six trips on a Monday followed by two more on a Tuesday, for a typical spend of around $23 a week. I didn't feel guilty about it for a second.

It's entirely allowed under the current rules and for years before Opal came around, I bought a weekly TravelPass for around $50 so I could get the same flexibility. As well, getting out of the office for "walking meetings" or to take a break is good for my health.

All that will end come September. According to our calculations, I'll be paying $36.86 just for my regular commute, up nearly $14 from before. Them's the breaks I guess. But before that happens, I'm determined to squeeze as much as I can from the current system.

So on 30 May, I'm going to kick off the Ultimate Opal Hack: wringing as much value as I can from journeys in a single five-day period. I'm going to hit my free trip total as fast as possible on the Monday, and then travel to the absolute extremes of the network. I'll head to Scone (the northernmost point), Goulburn (the southernmost) and Bathurst (the westernmost).

Plus I'll throw in the two most extreme ferry trips (Manly and Parramatta) for good measure.

And I'll write up the experience and share it here with daily posts and videos, as well as tweeting with the tag #ultimateopalhack. I can't wait!