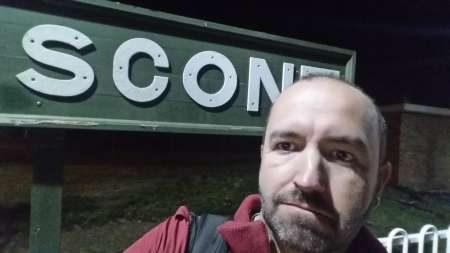 I travelled 314km from Sydney and then no-one got on the train.

Throughout this week, finder.com.au editor-in-chief Angus Kidman is undertaking the Ultimate Opal Hack to celebrate the imminent end to free Travel Reward journeys for Opal customers. Learn about why he's doing it and what's involved.

My Monday starts at 4am, as usual. Don't tell me you're a morning person if you couldn't say the same. And I catch the 4:54am to the city just like I always do. But this time I am on a special mission...

By lunchtime, I have to make six trips using my Opal Card and hit the $15 daily limit. Only then can I truly begin the Ultimate Opal Hack: legally travelling as far as possible on a train for free without breaking the law.

Today's ultimate destination is Scone, which is some 314km north of Central station, and thus the furthest point north at which you can use an Opal card for any mode of transport. I'm going to do it, and I'm going to do it for no extra cost.

I work for an hour, take a quick trip from Town Hall to Wynyard, then walk back to the office. Rinse and repeat five times before 11:30am, with no travel allowed between 7am and 9am because it's peak hour and I'll pay too much.

All my colleagues are complaining about the cold, while I am repeatedly venturing out into the street wearing only a T-shirt. I'm not stupid; that means I walk faster. 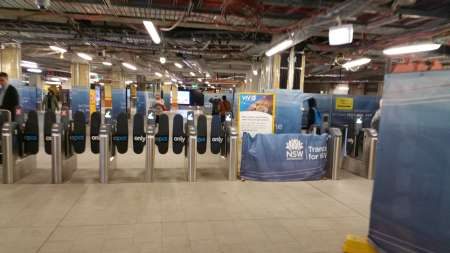 The job is done by midday, and I race to Central for my final trip that will tip me over the $15 limit and into free travel. My destination: the 1:15pm service to Hamilton. It was once the 1:15pm to Newcastle, before the Newcastle branch line was cruelly truncated. Don't get me started...

The "purple train" is busy enough, though that might be because it's only four cars long. Annoyingly, it's at the front of the platform, with another service parked behind it for subsequent despatch. 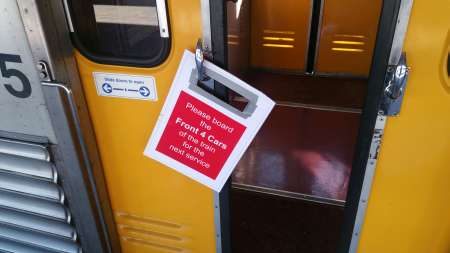 The quiet carriage at the front still fills, and for once everyone respects it; well, at least until Booragul, where a couple of swearing tradies get on board. I'm too gutless to argue with them, and I have plenty of work to do anyway. We arrive at Hamilton on time at 3:58pm, where I have to wait 30 minutes and watch services for Telarah and the city depart before the Scone train shows up. 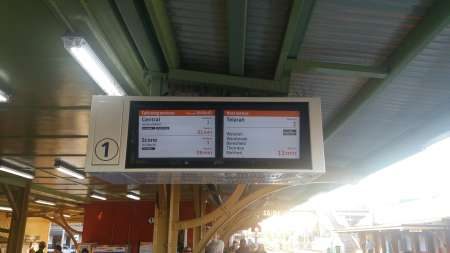 It's only two cars, and it fills quickly. That's not surprising given that it's one of just three services that travel between Scone and Hamilton on a weekday. The crowd thins as we pass each stop, but there are still a dozen people on board when we reach Scone just after 6:30pm. I tap my card triumphantly on the reader, and am rewarded with a $0.00 fare.

There's just enough time to race into the adjacent Woolworths and grab myself some dinner before the train turns around and departs at 7:06pm. Staying the night in Scone would not suit my purposes. Apparently it suits everyone else's though, because when we depart, I am quite literally the only passenger on the train.

This isn't altogether surprising. Any Scone resident who takes that service won't be able to catch another train back the same night, unless they have some strange reason to go to Muswellbrook for a brief 10-minute visit or Aberdeen for a slightly more generous 30 minutes. Apparently, no-one needs to do that this evening, so I have the train to myself for several stops.

Don't whine about waste; the main reason for the service arguably isn't to transport people – it's to get the train back to a depot rather than leaving it at Scone station, entirely unstaffed, overnight. 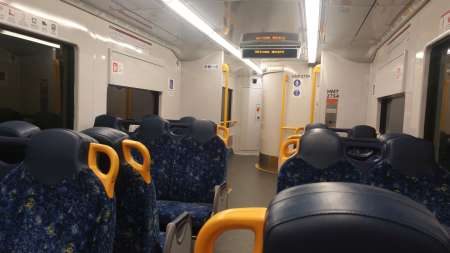 I'm back in Hamilton by 8:57pm, where I'm putting up in a nearby hotel for the night. I'm a morning person, remember; if I decided to then train it all the way back to Sydney, I wouldn't arrive until well after midnight. Time for some sleep.

Remember: you can follow my day-to-day hacking adventures on Twitter by seeking out #ultimateopalhack. Catch me tomorrow when I make the reverse journey, venturing to the southernmost point on the Sydney train network. But first I have to do some odd morning shuffling.