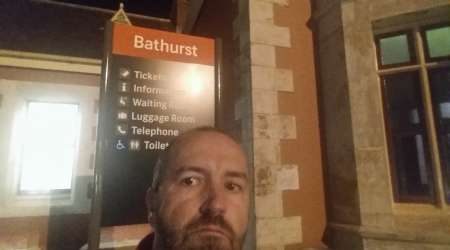 Despite 464km of train commitments, it's finally time to get my ferry on.

Throughout this week, finder.com.au editor-in-chief Angus Kidman is undertaking the Ultimate Opal Hack to mark the imminent end to free Travel Reward journeys for Opal customers. Learn about why he's doing it and what's involved.

Most sane people would figure that travelling 464km on trains in a single day, as I did today, provides quite enough evidence that you can get a lot of value from your Opal card. But I decided that to really ram the point home, I should squeeze in a ferry trip as well. 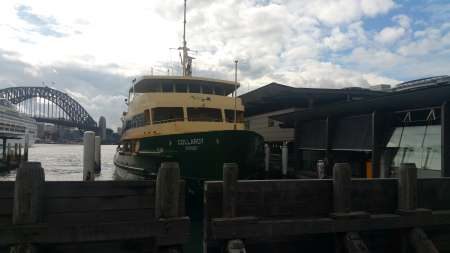 The northern extreme of the Sydney Ferries network is Manly, so I popped over for a quick visit. And I do mean quick: I caught the 1pm service from Circular Quay and landed in Manly at 1:30pm.

Then I jumped back on the same ferry, which departed from Manly at 1:45pm and landed back at Circular Quay at 2:15pm. Mission accomplished. Naturally, I was working the whole time. If the Ultimate Opal Hack project had a motto, it would be "it's the journey, not the destination". 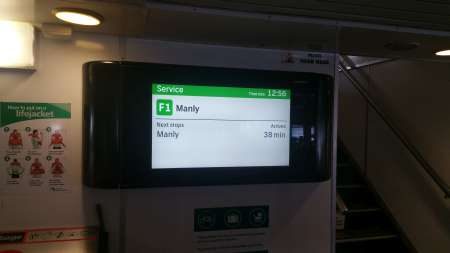 Ferry journeys are expensive, incidentally. This 11km trip would normally cost $7.18 each way (which makes travelling from Central to Scone for $8.30 look like quite a decent deal). That's why enjoying the ferry for nothing feels so good, especially on a day when the sky was grey enough to scare off the usual tourist crowds. 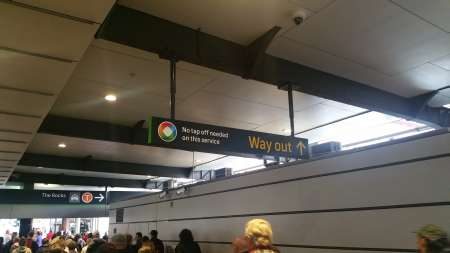 For an Opal obsessive, the Manly Ferry also offers a pleasing novelty: you have to tap on, but you don't have to tap off. There's only one destination, so as soon as you board the system knows what your fare must be, something that's not true of buses or trains. That also means that people can get off the ferry much faster, which helps with quick turnarounds. 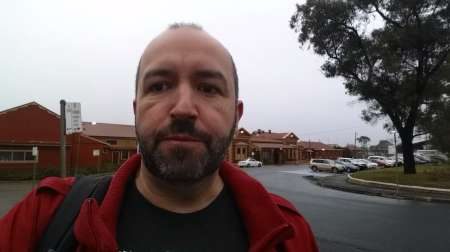 I'd started the day quite a long way away, in the chill air of Goulburn. I'd chosen the relatively lazy option of the 7:40am service, leaving the earlier 5:31am for people who really need to be at their office before 9am.

I was awake at that time, mind; I just preferred to go for the later train, which would be less crowded and also runs all the way to Central. The 5:31am stops at Campbelltown and you have to change to a rush-hour suburban service. No thanks. 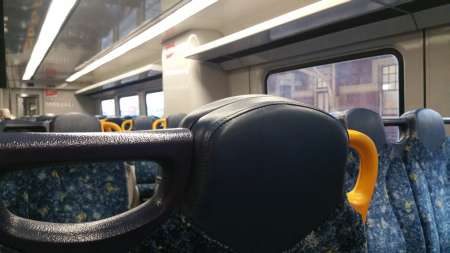 The train was indeed almost empty when we departed Goulburn, but it didn't stay that way. By the time we reached Moss Vale, there was barely a spare seat to be had.

One of those, thankfully, was right next to me. I didn't acquire a seatmate until Glenfield, which is the final stop before Central. 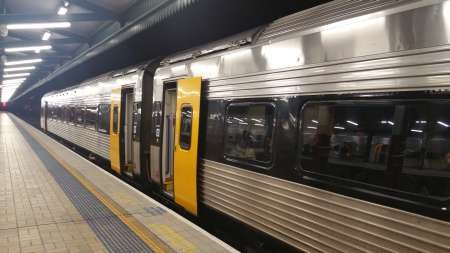 And so this evening I venture to the western-most point of the network, on the once-a-day train to Bathurst. This heads off right in rush hour, at 5:52pm, and doesn't reach Bathurst until 9:35pm after pushing through the Blue Mountains stations.

That's quite slow going for a 239km trip, but it could be much worse. With just eight timetabled stops, there's only one train service in Sydney with fewer stopping points (the Carlingford branch line, which has just seven stations).

Tomorrow is another day of free travel, returning from Bathurst and continuing my ferry frolics. You can follow my travels on Twitter by searching for the hashtag #ultimateopalhack.