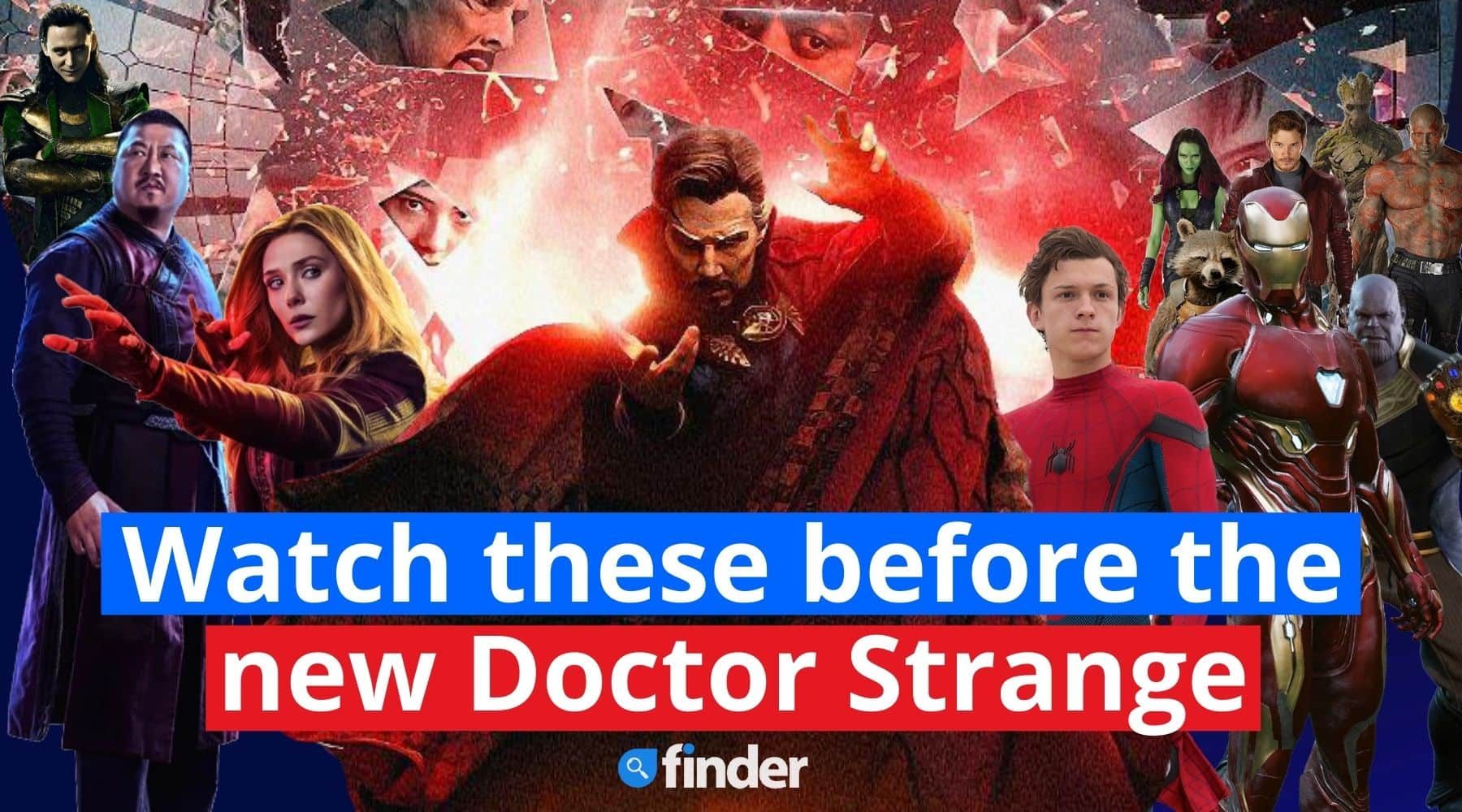 We have the essential list of MCU titles to revisit before you head to the cinema.

With Doctor Strange in the Multiverse of Madness just around the corner, it's the perfect time to revisit previous Marvel titles to make sure that you're up to date with what's going on in this ever-expanding Multiverse. With Phase Four, TV shows are an integral part of the Marvel Cinematic Universe (MCU) too, so that's easier said than done.

In fact, keeping up with the MCU can sometimes feel more challenging than keeping up with The Kardashians (they're both in the Disney family now, I'm sure no one will scream at me for making this apt comparison). That's why, as much as it pains my completist tendencies, I'll offer some cheat sheets for those of you who are short on time.

No pop quiz awaits you at the end of this list, but spoilers for the franchise follow. Proceed at your own risk. Let the countdown to the new Doctor Strange premiere begin.

What is Doctor Strange in the Multiverse of Madness about?

The official synopsis mentions that the action will follow Doctor Strange as he "traverses the mind-bending and dangerous alternate realities of the Multiverse to confront a mysterious new adversary". It's short and vague, but Marvel knows we're going to watch it anyway.

Doctor Strange in the Multiverse of Madness is directed by Sam Raimi, the man behind the Spider-Man trilogy starring Tobey Maguire. The movie opens in Australian cinemas on 5 May.

Luckily, all the content you need to check out, with one exception, is available to stream on Disney Plus. You don't have to scramble between multiple services to get your Marvel fix.

Subscriptions to Disney Plus in Australia cost $11.99 a month or $119.99 annually. The service doesn't offer a free trial, but you can cancel your subscription anytime.

It's unlikely you will, as Disney Plus offers a wide library of shows, movies, documentaries and specials for both kids and adults. Without further ado, let's get this watch party started.

What is it about? Stephen Strange is a skilled and arrogant neurosurgeon who gets into a devastating car crash that ends his career. Looking for various ways to heal his hands, he is drawn into the mystic arts.

Why you should (re)watch: It's the Doctor Strange origin story. Need I say more?

Cheat sheet: Sorry, no shortcuts here. The good news is that the visuals are to die for. Also, Wong listens to Beyoncé. You definitely want to see that.

What is the double feature about? The Avengers come head-to-head with Thanos, who plans to collect all the Infinity Stones and kill half of all life in the universe. He succeeds, so a bunch of your favourites vanish. Luckily, following a dash of time travel and an epic battle, most of them come back.

Why you should (re)watch: Doctor Strange plays a crucial role in how Infinity War unfolds. He teams up with Iron Man, Spider-Man and the Guardians of the Galaxy to confront Thanos on Titan. However, before he does that, he looks into all possible futures to investigate outcomes – an action that ends up having a huge impact on how things go down.

Cheat sheet: Once you press play there's little chance you won't be glued to the screen for the entire double feature, but fine. If you must, watch only Infinity War and the final battle scene of Endgame. Blasphemy. You do you.

What is it about: Wanda and Vision live idyllic suburban lives inspired by popular sitcoms. Not everything is at it seems.

Why you should (re)watch: WandaVision explores the true origin of Wanda's power, reveals her connection to a magical grimoire and basically introduces her as the Scarlet Witch. It should lead directly into Doctor Strange in the Multiverse of Madness, in which Wanda seems to play a big part.

Cheat sheet: If you're really running out of time, you can get away with only checking out the final 2 episodes. However, that would be a real shame. This show offers Wanda a wonderful character arc. Tuning in from beginning to end is the best way to experience it in all its glory.

What is it about: In Loki, an alternate version of the mischievous anti-hero who stole the Tesseract in Avengers: Endgame has to deal with the Time Variance Authority (TVA). That's an organisation whose main responsibility is to monitor the sacred timeline and prevent it from branching off.

Why you should (re)watch: Branching off as it does, the final episode acts as an origin story for the Multiverse.

Cheat sheet: Watch the finale? You may have trouble remembering all the nuances about the TVA and variants, but you'll have a better grasp of the concept of Multiverse.

What is it about: Animated anthology What If...? explores alternate timelines in the Multiverse, where events may have played out differently than they did in the timeline we're familiar with. For instance, one of the episodes has zombies. Fun!

Why you should (re)watch: Strange Supreme.

Cheat sheet: Watch episode 4, which is one of the best and centres on Doctor Strange. For bonus points, check out the finale too, where this alternate Strange makes another appearance.

What is it about: Peter Parker struggles after his identity as Spider-Man is revealed, so he asks Doctor Strange for help. Doctor Strange casts a spell to make everyone forget about Parker's alter ego, but something goes wrong and characters from other universes cross over instead.

Why you should (re)watch: We find out that Doctor Strange is no longer Sorcerer Supreme because he vanished for 5 years following the evil shenanigans of Thanos. The movie also deals with the Multiverse, so there's that.

Note: Spider-Man: No Way Home isn't available on streaming services yet, but you can rent or purchase the movie from digital retailers.

Cheat sheet: If you make an effort to rent or purchase this one, you better watch the whole thing.

Extra credit: Avengers: Age of Ultron (Wanda's introduction), Thor: Ragnarok (Doctor Strange has a brief yet hilarious cameo), Shang-Chi and The Legend of the Ten Rings (Wong makes an appearance), X-Men (there are rumours that Doctor Strange and the Multiverse of Madness will bring the X-Men into the MCU), Captain America: Civil War (if you crave more Wanda).