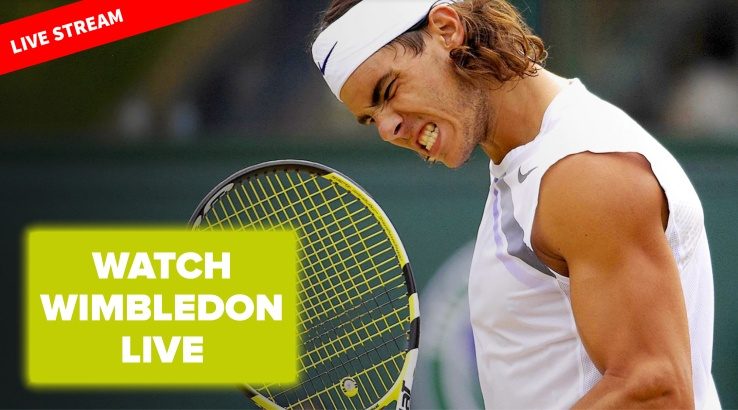 The Wimbledon tennis championship starts on 1 July 2019. You can watch every match on TV or via an online live stream in Australia. Here's your guide to Wimbledon live.

Ready to tune in for this year's edition of the world's most prestigious tennis tournament? There's plenty to look forward to in the most open draw in years. The 2019 Wimbledon Championships will take place at the All England Lawn Tennis and Croquet Club in Wimbledon starting 1 July and running for two weeks. This year marks the 133rd edition of the tournament. Wimbledon is the third Grand Slam of the year and is played on outdoor grass courts.

Novak Djokovic and Angelique Kerber are the defending champions in the singles competitions, but plenty of talented players should be on your watchlist in 2019. All eyes are on Aussie Ashleigh Barty, who comes into the tournament after a historic title win at Roland-Garros and ranked number 1 in the world by the WTA. Notable players also include Serena Williams, who has won Wimbledon seven times, reigning US Open champ Naomi Osaka and defending champion Kerber.

As for men's singles, Djokovic will deal with some serious competition in Roger Federer and Rafael Nadal, as well as rising stars Dominic Thiem, Alexander Zverev, Stefanos Tsitspas and Nick Kyrgios who are all on the cusp of breakthrough victory.

When does Djokovic vs Federer Wimbledon tennis men's final start in 2019?

Update: The men's final between Novak Djokovic and Roger Federer is scheduled to start at 11:00 PM (AEST) on Sunday, July 14, 2019. It will air live on Channel 7, with replays and on-demand content available on Foxtel and Kayo Sports on July 14.

Wimbledon, day 1, kicks off on Monday 1 July in Australia. The prestigious tennis competition will last for two weeks, until 14 July. In Australia, you'll have to stay up late to catch up with your favourites live. Coverage begins from around 8pm across Channel 7, 7TWO and FOX Sports 505, which is available through Kayo Sports and Foxtel. We compare all of these options below.

How to watch Wimbledon live tennis men's final in Australia

Luckily for tennis enthusiasts, there will be plenty of Wimbledon live tennis coverage available both on free-to-air and pay TV in Australia. Here are all the ways in which you can keep up with a tennis live stream of the tournament. Fans can tune in on TV or stream Wimbledon live onto a laptop, computer, TV or mobile device.

Network 7 will provide extensive coverage of Wimbledon across Channel 7 and 7TWO. It's also the only place where you can watch the quarter-finals, semi-finals and final live, so you're in luck, you don't have to pay a cent to enjoy the biggest tournament in tennis. You can watch daily coverage on TV or tune in via 7Plus to live stream Wimbledon. However, Channel 7 does not provide on-demand replays during normal daylight hours, it suffers from ads and it doesn't have any unique viewing features, unlike Kayo. So it's not the optimal tennis live stream experience.

Kayo Sports will provide live coverage of Wimbledon 2019 up until the quarter-finals and tempts viewers with some exciting exclusive features not found anywhere else. The multi-sports streaming service (which also includes most top 250 tennis tournaments live) will provide a daily wrap show with Boris Becker covering all the exciting Wimbledon action. The Fox Sports pre-show, Daily Serve, will also feature on Kayo Sports, while match commentary will be provided by former tennis champions including Becker, John McEnroe, Martina Navratilova, Tracy Austin and Tim Henman.

As for game-changing features, fans who jump in late will be able to start the match at the beginning with the "From Start" feature or stream it immediately live. A full day's replay and on-demand matches will be available all of the following day, too.

During the first week of play, Kayo Sports will have up to six additional streams you can access. This includes several side courts and a stream called Wimbledon Press Pass, which will cover players' post-match press conferences. Furthermore, Kayo's CourtView feature enables viewers to stream more than one court simultaneously, with up to four channels watchable on the same screen.

From the quarter-finals on, all matches will be available on demand. Subscribers can also get up-to date by streaming a Kayo Mini, which provides a 10- to 20-minute recap of the best bits from each match. A dedicated carousel will feature on Kayo's home page across the tournament, providing users with easy access to related documentaries and classic Wimbledon matches.

Besides tennis, Kayo Sports offers live and on-demand coverage of over 50 different sports. The service comes with a 14-day free trial. That means if you sign up on Monday 1 July, you can experience all the Wimbledon goodness completely free. After that, a Basic subscription costs $25/month (lets you watch on two screens at the same time) and a Premium one $35/month (supports three simultaneous streams).

There are no contracts, so you can try out the tennis live stream and then cancel at any time. The platform is compatible with PCs and Macs; iOS and Android smartphones and tablets; and on a TV via Android TV, Apple TV, Telstra TV or Chromecast.

Foxtel IQ will provide live coverage of every Wimbledon tennis matchday up until the quarter-finals, with subsequent matches available on demand. By upgrading to the premium Sport pack ($29 per month) and optionally the HD pack ($10 per month) you can tune in on Fox Sports 505 or live stream the action with the Foxtel GO app, which is available for free with your Foxtel IQ subscription. The minimum cost for the month of July will be $68.

Alternatively, you can stream Wimbledon with Foxtel Now, the online platform that lets you watch Foxtel channels via the Internet. Fox Sports is available as part of the Sport package, which costs and additional $29/month. This is a Premium offering though, so you also need to subscribe to the Essentials pack to gain access to it. Essentials costs $25/month and offers a mix of Lifestyle and Pop channels. The minimum cost for the month of July will be $54.

Foxtel Now offers subscribers a 10-day free trial so you can simply try out its tennis live stream before committing. However, Foxtel Now offers none of the viewing features offered by Kayo. The platform works with PCs and Macs, Sony Android TVs, iOS and Android smartphones and tablets, PS4 consoles, Telstra TV, Chromecast, Airplay and the Foxtel Now Box.

A new hero for a new era.

All 8 movies in the Harry Potter franchise are heading back to Netflix next month. But you can get them all for free right now.

This fresh docu-series features the one and only Barefoot Investor.