Which phones have wireless charging?

Everything you need to know about wireless charging and the phones that support it.

What you need to know

How does wireless charging work?

Wireless charging has come back into focus since the launch of the Apple iPhone 8, iPhone 8 Plus and iPhone X, but Apple was rather late to the wireless charging party, with many Android phones offering it as a standard option for some years now.

One important caveat before you jump into the world of wireless charging: while it's super convenient to drop your phone on a surface and have its battery start to charge up, the nature of the technology used means that it's slower than conventional charging and markedly slower than many "fast charging" technologies used by specific smartphone brands.

If your phone lives on your work desk during the day or a bedside table overnight, this isn't likely to be a huge problem, but don't expect a near-flat phone to perk up quickly just because it's been placed on a wireless charger. In that circumstance, a wired connection will be much quicker.

Qi (pronounced “chee”) wireless charging is a global standard used by many smartphones and administered by the Wireless Power Consortium. It's the Qi standard that Apple's iPhones use, but they're hardly alone in this, with numerous other smartphone brands, such as Samsung's popular Galaxy phones, including Qi compatibility.

Qi charging stations are appearing more and more around the world as it becomes more common, including in many hotels and airports worldwide, especially in light of the adoption of Qi charging by Apple. 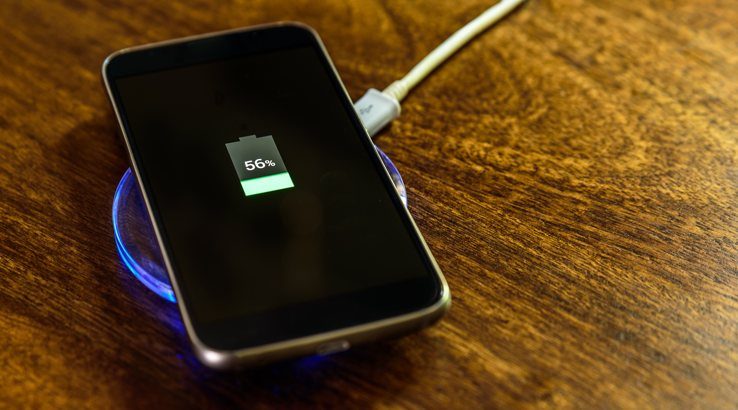 PMA is the other major standard in the wireless charging scene, albeit one that's been slightly eclipsed by the Qi standard. Like Qi, PMA uses inductive charging via a pad that you drop a PMA-compliant phone onto. Most notably, Samsung has opted to support both PMA and Qi charging in its recent premium flagship handsets, which means those devices should work with either charging pad type.

My phone's not on the list! What can I do to get wireless charging?

If you're using a handset that lacks wireless charging capabilities, all is not lost. For a number of popular handsets, especially iPhones, manufacturers have produced Qi-compatible charging cases. Like regular phone cases, these slip around the rear of your handset and include the required inductive loops to enable wireless charging.

We've included Motorola's Moto Z family in the list above even though you do need to pay a little extra for the Moto wireless charging mod, because it's the rare instance where a manufacturer actively supports wireless charging through an official accessory. For any other phone, you'll need to buy a third-party case or adaptor.

The two downsides here are that they're not free and they will add a little bulk to your phone handset because they've got to both provide the Qi charging mechanism and an adaptor of some sort to send power through to your phone, typically by covering the charging port. This means that often if you want to charge your phone with a regular cable, you'll have to remove your Qi case before doing so. 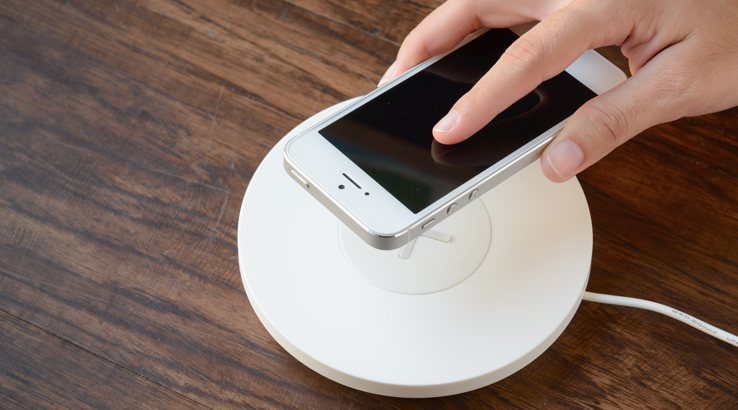 How do wireless charging pads work?

The other side of Qi charging is the actual charger itself, typically sold as a small charging pad, although there are other approaches. IKEA, for example, sells a variety of furniture pieces that incorporate Qi wireless charging, including tables and lamps if you're not a fan of having a charging pad on display.

Because Qi is a standard, the good news here is that any Qi charger should work with any Qi-compliant phone for charging purposes. While the major brands do generally produce their "own" wireless chargers, interoperability means you're not stuck with on-brand choices.

The wide variety of availability means that you can find Qi charging pads at a variety of price points, especially if they're designed to charge more than one device at a time. It's important to be careful and ensure that any device you buy complies with Australian regulatory requirements for electrical devices because while they're using relatively safe inductive charging (so you can't get a shock from just touching them), a poorly built charger could still pose an electrical risk, just as there is for a direct cabled connection.

Huawei Mate 20 Pro vs Apple iPhone XS Max How can I get Google’s Night Sight camera?