Travel through the multiverse as a skateboard-swinging goth in this radical '90s-themed RPG.

We've spent a lot of time roaming the PAX Rising area of PAX Australia this weekend, soaking in the incredibly diverse range of indie games showing off their stuff. One game in particular that caught our eye, though, was the striking Odd Gods, a seemingly traditional PC RPG with a distinct twist: it's based wholly on the lifestyle and subculture of the 1990s. Inspired by films like Bill and Ted's Excellent Adventure and Terry Gilliam's Time Bandits as well as the work of renowned author Neil Gaiman, Odd Gods immediately stood out thanks to its marvelous VHS-style cover art. Take a gander at it for yourself below: 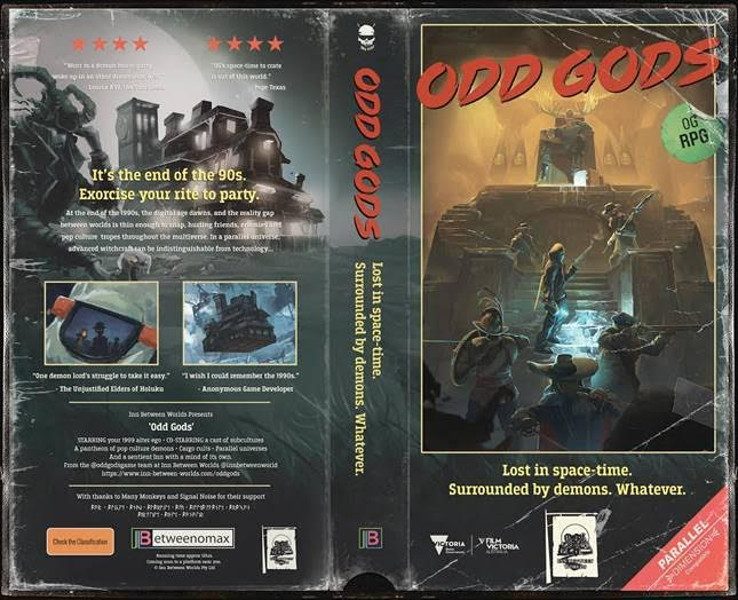 Our curiosity piqued, we spent some time with Odd Gods' first playable demo before speaking with Australian-born lead developer Gil Maclean to find out more about the game and how it aims to subvert many of the tropes we've come to expect from traditional RPGs.

Right from the get-go, Odd Gods takes the standard tenets of high-fantasy RPGs and kicks them to the curb. Instead of choosing a typical D&D class like a fighter, a paladin or a mage, you're picking from era-appropriate archetypes like goths, skateboarders, jocks and drama nerds. Then, instead of subscribing to an alignment like good, neutral or evil, you pick the kind of music you enjoy. Whether its mainstream, alternative or underground, this trait functions much like a traditional moral-alignment system, with other characters in the world reacting differently to you depending on your favoured genre.

For example, if during the course of Odd Gods' dimension-hopping narrative you find yourself travelling to England in the 1500s, you might stumble across a high-school jock who's been similarly ripped from his home in the '90s and has taken up the mantle of a highwayman. Noticing your own modern clothing, the jock asks you what music you're into. If you're playing as a laced-up, metal-loving goth, that might not fly with the jock's love of alternative rock and he'll refuse to join your party. Had you shared his love of grungy rock, however, the two of you would have hit it off immediately. 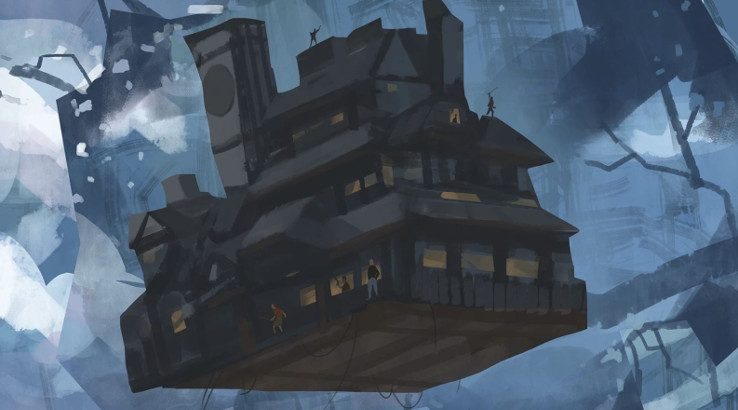 Story is a critical component of classic-style RPGs, and Odd Gods is no different. Instead of a traditional save-the-world narrative, however, the premise for Odd Gods leans heavily into the apathy of the '90s by defying any notion of a "chosen one" or a lofty prophecy of heroes bringing peace back to the world. Instead, your journey in Odd Gods is role-playing in the truest sense. As Gil puts it, "You're from a subculture in the pre-digital age, and that's how it should play out. The music you like, the people you associate with, the subcultures you identify with - you live, you breathe, you die, you piss, you shit, you swear. And that's it. You've just got to figure out what you're going to do.

"You can form a multi-dimensional posse of different 90s subcultures and hunt down demons if that's your thing. Or you can walk away if you just want to get back to Earth Prime and live your old life."

That said, Odd Gods isn't without direction. The horned tyrant depicted in the game's VHS cover is the god of the slackers and your primary antagonist, should you choose to pursue him. Most interesting of all, if you do manage to take down the slacker god, you can assume his identity, take control of his slacker army and build yourself a fortress out in the far reaches of the multiverse. Who said slackers are good for nothing, right?

After getting our hands on the game, which is being shown off in playable form for the first time at PAX Australia, we were instantly intrigued by the way it handles combat. Instead of a standard turn-based or real-time approach, Odd Gods uses a unique mix of both. While battles take place on a familiar grid-based plane, each turn is divided into three seconds. Moving, attacking or using an item will take anywhere from one to three seconds depending on the specific action, and both your and your enemy's actions play out at the same time. This forces you to predict what your foes are going to do before they do it, paving the way for some pretty neat battle scenarios.

One example Gil gave us was if you armed yourself with a flintlock pistol and aimed it a charging Vietcong guerrilla - a situation that would be utterly absurd in any game other than Odd Gods. Because the combat plays out in real time, it takes you one second to draw your pistol then another second to fire it. On the other hand, it only takes one second for the guerrilla to hit the ground in a prone position, effectively meaning he can dodge a bullet.

From what we played, this combat system promises plenty of depth, and it'll be especially appealing to those who've grown frustrated with the probability-based combat of traditional tactical RPGs. Gil himself has grown weary of this approach, which is why Odd Gods has completely done away with dice rolls and percentage-based attacks.

"We've taken all the random number generation out and made it deterministic," Gil explained. "Where it still gets a bit fuzzy and interesting is you never have perfect information about what the enemies are going to do. You can look at them and see their animation telegraphed like in Dark Souls, for example. If you're a particularly well-trained rifleman, you might be able to detect the exact type of shot they're trying to make. But ultimately, you need to observe, predict and plan accordingly." 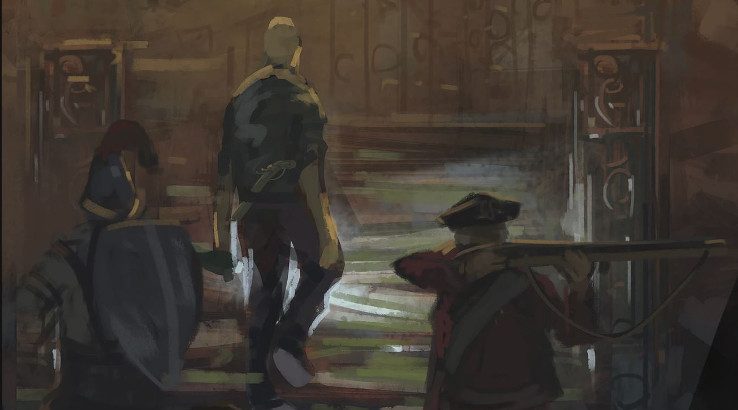 While Odd Gods is still in its early days of development - Gil told us it's another year off at least - what we saw already has us excited. Gil's studio, Inn Between Worlds, has plenty of pedigree to its name too, with developers from EA, Irrational, BioWare and many other AAA studios lending their talents to the game. We look forward to seeing more in the near future.

Horizon: Zero Dawn’s upcoming expansion is doubling down on “meaningful character interactions” The most popular games at PAX Australia 2017