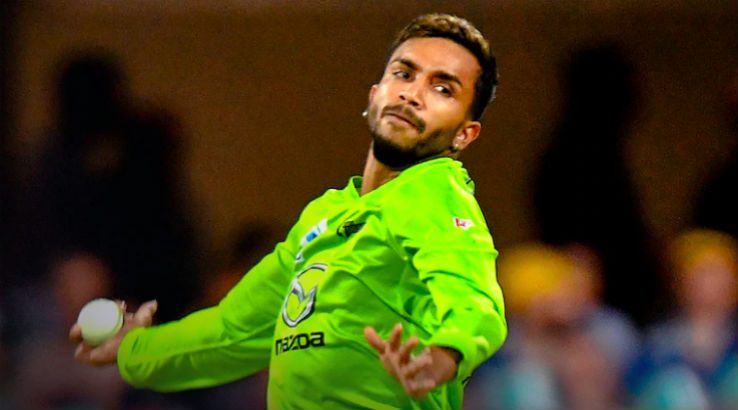 The BBL's Sydney derby of Sixers vs Thunder isn't on free-to-air, but here's how you can watch for free.

Who doesn't love an intercity rivalry? And that's exactly what's on offer to fans when the two Sydney teams will go up against each other. In order to watch Sixers vs Thunder, fans are going to need a subscription service.

That's right, this fixture is one of the 16 BBL games that Channel 7 lacks. It definitely seems like a bit of a mistake to have this one missing from the Big Bash schedule, given it's a big rivalry game and in prime time on Saturday night.

When is the Sydney Sixers vs Sydney Thunder game?

The rivalry game will take place at the SCG on Saturday 28 December at 7:10pm (AEDT).

This game is live and exclusive to Fox Cricket, which means you can only watch via Foxtel or Kayo Spots. And unless you're an existing Foxtel iQ or Foxtel Now customer, you'd best consider Kayo Sports.

These are the only ways to watch every game of the BBL season live. Channel 7 also can't stream games online via 7Plus.

Kayo is an Australian digital sports streaming service that has over 50 sports. Not only is it cheaper than Foxtel, but it also has a lot more features. You can use SplitView to watch four different sports at once.

You also get Interactive Stats, Alternate Camera angles such as the Flying Fox camera for the Australia vs New Zealand test series, a Key Moments Timeline and the newly introduced Fixtures to make finding upcoming sport easier. See our full Kayo review for more features.

At a minimum, Kayo costs $25 per month, though you can start out for free with this 14-day trial. You can also cancel before the trial expires to avoid payment. There's also a $35 per month option, but the only difference is that it lets you watch from three devices at once rather than two.

Cricket fans really should consider a Kayo subscription. In addition to the BBL, Kayo has every Australian test and WBBL games. Plus, unlike Channel 7, Kayo has all Australian ODIs, T20Is and overseas series such as South Africa vs England and India's upcoming matches.

It's the magenta men who hold the better record with 10 wins from 15 games. Though in recent times, the Thunder have improved, taking out five of the last eight matches.

Who will win Sydney Sixers vs Sydney Thunder?

The Thunder are currently undefeated in BBL|09. They got off to a great start winning their first two before heavy smoke in Canberra, saw their third match abandoned. Maybe rust will play a factor for the Thunder, who haven't played for a week?

The Sixers, on the other hand, have won two and lost two. Interestingly, the Sixers have only defeated the Scorchers so far. One of their losses was also inflicted solely by Brisbane's Chris Lynn who hit 99 from 35 deliveries.

At the time of writing, Sixers paceman Sean Abbott currently leads the BBL in dismissals taking 9 wickets. I feel that the Sixers may have just started to find their groove the other night. Given that the Thunder are coming off a spell too, I think the Sixers scrape by in the derby by a tight margin.