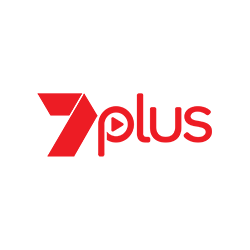 7plus: Chuck out the TV guide and watch Channel 7 on your own time

From Home and Away to House Rules, stream all your favourite Channel 7 TV shows at home or on the go.

What is 7plus? It's an online streaming service for catching up on Channel 7 TV shows whenever and wherever you want.

Where can I watch 7plus? 7plus has apps for mobile devices, set-top boxes like Apple TV and Fetch, smart TVs and gaming consoles.

Does 7plus cost anything? No, but it can use up Internet data, so be sure you've got a large enough cap to support it.

As the highest-rated television network in Australia, Channel 7 is doing quite well for itself. Since 2007, the network has consistently outperformed every other major channel across the country, becoming the first network to win all 40 weeks in a single ratings season.

Seven also beat its competitors to the punch when it launched 7HD, the first new commercial free-to-air channel in Australia since 1988. This sparked dramatic changes throughout the TV industry, leading to a wave of new channels across all the networks and giving Aussies far more entertainment options when sitting down for a night in.

With so many channels on offer, scheduling your evening's viewing can be a nightmare. This is where 7plus comes in. The combination streaming and catch-up TV service lets you watch the latest episodes and even full seasons of shows from across the entire Seven network, all online and on your own time. And with support for a wide range of devices, including phones and tablets, you can take your favourite Seven shows with you wherever you go.

What can I watch on 7plus?

With 7plus, you can stream every Seven network channel live to compatible devices. Whether it's the news bulletin, a hot new episode of House Rules or Farmer Wants a Wife, you can watch it online the same time it airs on TV.

Sometimes life gets in the way of live TV, though, and that's what 7plus's catch-up service is for. As soon as most programs finish airing on TV, they become available to stream on-demand through 7plus, allowing you to watch them at your own pace.

A small minority of certain programs won't make it to catch-up due to licensing restrictions, but for those that do, episodes have typically remained online for between 7 and 28 days before being removed from the service. However, that has been changing recently as Channel 7 embraces the world of streaming, and some content has had the entire series uploaded and left for good.

In addition to Channel 7-owned content, it does still licence other third party titles. This has included the likes of Shameless, Grey's Anatomy, 9-1-1 and One Tree Hill.

There are even additional live channels that can't be found as part of the standard TV channels. 7plus will also often create channels for particular shows such as Better Homes and Gardens or Big Brother. As of 22 July 2021, there are 21 live channels on 7plus, 5 of which are dedicated to the Olympics.

Live channels on 7Plus

Sports coverage on 7Plus

While the majority of TV shows shown on Channel 7 end up on 7plus, sports largely do not. This is because it shares the broadcasts for most things with Foxtel, Foxtel Now and Kayo Sports. It's almost entirely only Seven Network exclusives that are on 7plus.

The AFL, which is split nationwide between Fox Sports and Channel 7, isn't available to watch live or on-demand with 7plus.

The same goes for the cricket, which Channel 7 also shares the broadcast rights on. While they simulcast the BBL and Australian Test matches with Fox via the digital TV channels, it isn't available on 7plus.

While it might not have access to the cricket or AFL draw, 7plus does have a limited number of V8 Supercars events each year to watch live or on demand. It's important to note that these are only the races that are shared with Foxtel and Kayo Sports. Fox exclusive races aren't available on 7plus.

The one sporting event that Channel 7 did have exclusive coverage of was the Olympic Games. In 2021, 7plus had over 40 live channels to watch the Tokyo Olympics on. In addition to the live streams, there are also full-length replays and Tokyo Minis to watch on demand. You can see a full breakdown in our complete Tokyo Olympics guide.

The Seven Network's deal with the PAC-12 network means you can also catch college football and NCAA basketball featuring the likes of California, UCLA and USC colleges.

What devices are compatible with 7plus?

From smartphones to smart TVs, 7plus supports a wide range of devices. The 7plus website offers the simplest way to watch 7plus content. You can stream through the website with either a PC or Mac.

Other devices will require you to download the 7plus app. For iOS devices, you will find it in the app store and Android devices in the Google Play store.

If you're looking to stream 7plus to your TV, you have plenty of options available. Fetch TV, Telstra TV, select Samsung smart TVs, LG TV (2016 and later), Android TV, Sony Linux TV and fourth-generation or later Apple TV devices all support 7plus through dedicated apps, downloadable through their respective app stores.

Similarly, the PlayStation 4 gaming console has its own version of the 7plus app for streaming content. You can also stream 7plus to your Chromecast device using the mobile app on iOS or Android.

What limits should I be aware of?

One thing that doesn't change between regular TV and 7plus is advertising. When you stream Seven's channels live, you'll see all the same commercials you would see if you were watching on TV. When you stream shows on demand, 7plus replaces all the commercial breaks with its own unskippable advertisements to prevent you from simply fast-forwarding through them.

The last thing you'll want to keep in mind is that 7plus is available in Australia only. If you travel overseas, you'll receive an error message if you try to access 7plus content.

How much data does 7plus use?

Like all online activity, streaming through 7plus counts against your Internet service's monthly data limit. How much data 7plus will use depends on the length of the show you're streaming and the video quality you're watching it in.

For smooth video playback, Seven recommends an Internet connection of 3Mbps or faster. On average, this will work out at roughly 500MB of data used per 22-minute TV episode and approximately 945MB per 42-minute episode.

Compare 7plus with other streaming services