How much Australians spend on Valentine’s Day 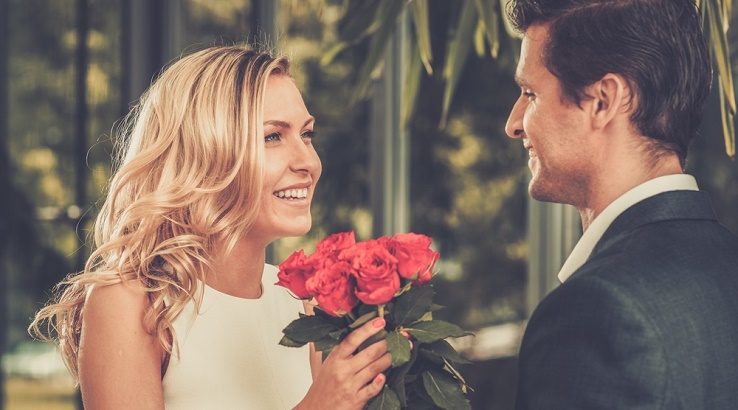 How much can mass-produced romanticism muster? $253 million.

Australian couples are willing to fork out a significant amount of cash to properly celebrate the commercially cultural, cute and sometimes corny Valentine's Day, according to new research.

A study by finder.com.au found Aussies who recently married in the last five years are set to drop a whopping $253 million on Valentine' Day 2017.

This equates to a spend of approximately $315 per person on gifts and goodies for their spouses.

Based on last year's expenditure, Aussie men are anticipated to spend $119 more on presents than their female partners. Men will allot an average $386 this year, while women will devote $267 to their man.

Comparatively, the average Australian spent $539 on Christmas gifts just over a month ago.

There's more than a good chance you'll be doted on by waiters and sommeliers this Valentine's Day, given this was the most common activity (51%) for the majority of recently married couples last year.

One third (33%) of Aussie newlyweds enjoyed a romantic night in on Valentine's Day 2016, while a few lucky couples (2%) sailed away on a short cruise.

Tired of dinner dates? We've got 15 exciting ideas that don't include a table at an overpriced restaurant.

Victorian's are the biggest spenders on Valentine's Day, lavishing their lovers with $483 worth of gifts.

ACT couples will commit $321 each, while Western Australians will spend around $270.

Tasmanians are the most niggardly of couples, spending just $94 each on their partners.

Meanwhile, the ACCC has warned of scammers exploiting Aussies online through social media this Valentine's Day.

In 2016, 4,100 Australians fell victim dating and romance scams, losing more than $25 million, with Facebook being the most popular method of contact used by romance scammers.

"Romance scammers are getting increasingly manipulative so if you are going online this Valentine’s Day to look for love, it’s vital you’re able recognise the warning signs," ACCC deputy chair Delia Rickard said.

"Look for inconsistencies in their stories. For example, do they say they are university educated but have poor English and grammar? Is their profile picture legitimate or stolen? These are red flags."

For more advice on how to avoid dating and romance scams, visit Scamwatch.

Find the best ways to celebrate in Sydney and Melbourne and stand out with a gift that'll blow her mind.