Adding a Mesh Router to your home network is an easy way to seriously boost your home or office Wi-Fi performance – but which Mesh router system should you buy?

The best mesh routers for 2021, ranked

We've tested every Mesh router system on this list, evaluating them not only on their absolute throughput – which can vary by location and interference factors anyway – but also additional features and overall value for money. Your needs may vary and we'd highly suggest you read our guide to choosing the best Mesh router system for your needs which also explains our picks below.

All choices are independently made based on our combined 60+ years of reviewing experience and are not based on commercial relationships. More detail on methodology below. 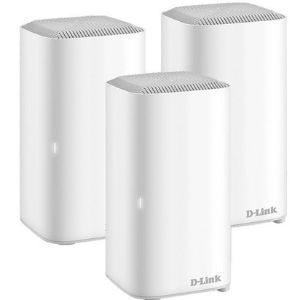 Buy at The Good GuysBuy at eBay

If you're buying mesh system, you're doing so because you want both speed and coverage, and this is an area where the D-Link COVR-X1873 is best in class. It's available as either a 2 or 3 node system – that last digit tells you how many nodes you get in the box – with each node capable of talking to the others as well as providing 4-gigabit ethernet ports for any wired network equipment you need.

The D-Link COVR-X1873 aced every network test we threw at it, providing rock-solid performance even in areas where Wi-Fi signals usually fear to tread. There can be a little more work in setup than with other mesh systems, and if you do opt for the 3-port version you're probably going to end up with more ports than you need, but those issues aside, this is an excellent mesh system. 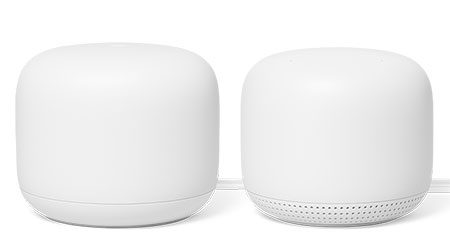 Google's Nest Wi-Fi tops our list of Mesh Wi-Fi choices because it's supremely simple to set up, which is a key criteria for most consumers who really just want Mesh networking because they're sick of those dead zones for Wi-Fi around our house. Throughput on the Google Nest Wi-Fi was very good in our tests, but it gains real benefits by the fact that Google also makes each Nest Wi-Fi point (but not the router) its own smart speaker for Google Assistant purposes. If you're building a smart home it's an easy recommendation because it makes it so much faster to respond to your commands, pretty much no matter where you happen to be. 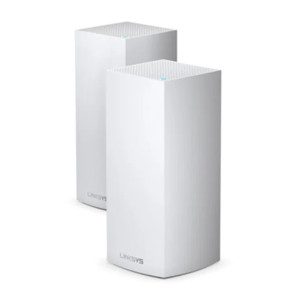 Buy at AmazoneBayBuy at Kogan

Linksys' Velop Mesh Wi-Fi actually has delivered the fastest performance in difficult areas of our test labs, which might make you think it should be in the number one position. Outside Nest Wi-Fi's integrated Google Assistant, the primary reason it doesn't is because it's comparatively quite a bit more expensive. The individual tower points are also a bit larger than most mesh network points, which may not work well with everyone's décor. Velop is more configurable than Google's Nest Wi-Fi, so it might be a better option for you if you're not afraid to get your hands dirty with the nitty-gritty of networking technology, too. If you're running a mixed wired and wireless network there's also appeal here, because each Velop point has its own Ethernet socket for tethered connections. 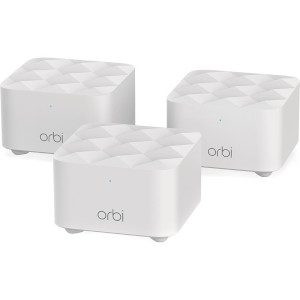 The big thing about the Netgear Orbi RBK13 is the price – or lack thereof. It's notably Netgear's more "affordable" Mesh system, offering up 3 nodes for typically just under $300. Netgear does have more powerful Orbi gear in market, and that budget price does involve a few compromises. There's no ethernet ports on the satellite nodes, and performance is only OK, not fast once you place them in harder to reach locations. Still, if you're looking for a low-cost mesh Wi-Fi solution, it's a good place to start. 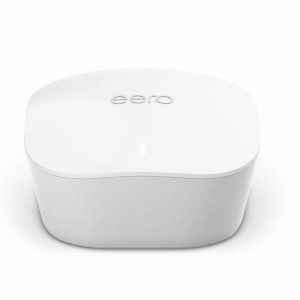 Amazon's Eero Mesh is only a dual-band Wi-Fi 5 system, but it's one that impressed us regardless with some of the best performance we've seen from any mesh system, hands down. It also adds value despite its moderate price point by giving you 3 nodes at a price point where many systems only give you two. Each node has dual ethernet ports, so it's easy to integrate with older wired-only devices, too. There are some technical limitations, like a top-end speed of 550Mbps down, so it's not well suited if you're on a gigabit connection, and the lack of a browser interface is annoying if you don't like using smartphone apps to manage your network.

How we choose the best mesh router

Mesh Network systems work via connecting your home Internet connection – typically NBN, but you could connect up any broadband solution that terminates in a standard Ethernet plug to a Mesh system if you wished to do so – to a system of interconnected nodes that become your home or office's new Wi-Fi network.

While there have been a number of technology solutions to poor Wi-Fi range in the market to date – devices like Wi-Fi extenders or HomePlug style systems – they've typically worked to try to boost the output of your home modem-router, rather than acting as their own network entirely.

The big advantage that Mesh systems have is that they can combine the antenna throughput of multiple nodes – think of it as having multiple radios chattering to each other throughout your premises – with intelligent network monitoring between each node. For some systems, this involves a primary "Internet" node and then satellite nodes that you place where needed, but most systems do work on a fallback provisioning basis, so even if you do have one node knocked out or struggling with heavy use, the others can pick up the slack and communicate to balance the network.

Here's what we considered when choosing the best Mesh network systems, and what you should use as a buying guide:

5
Best Wi-fi mesh routers ranked
Was this content helpful to you?
Thank you for your feedback!