How to use your phone as a TV remote control

Your phone can do everything else, so why not use it to control your TV, too? 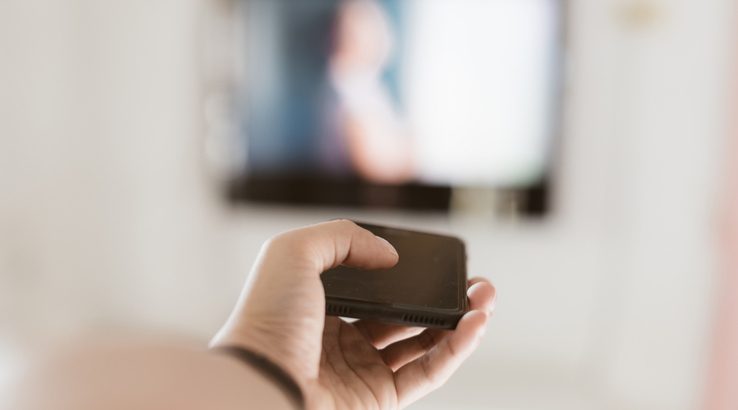 These days, there's little you can't do on your mobile phone. From paying bills to ordering dinner, Apple's catchphrase of "there's an app for that" has proven to be more than just a marketing slogan, with some of us willing to pay more than $2,300 just to experience the bleeding edge of mobile technology.

Why, then, are we still fumbling around with clunky remotes just to change the blasted TV channel? Shouldn't there be an app for that, too? Well, thankfully there is, and it makes channel-surfing from the comfort of your couch easier than it’s ever been.

To turn your smartphone into an all-purpose TV remote, you're going to need to download the free SURE Smart Home and TV Universal Remote app, available both for iOS devices on the iOS App Store and for Android devices on Google Play.

If you'd prefer to use another app, others exist on both marketplaces such as AnyMote, ASmart Remote IR and IR Universal Remote.

There is a snag here that hits all iPhones and most of today's Android phones as well. There was a time when many Android handsets came with an inbuilt infrared (IR) transmitter, also known as an "IR Blaster". Infrared is the lightwave frequency that your TV remote works on, and its inclusion in a handset makes it easier to use apps such as the SURE Universal Remote.

This isn't too big a problem if you own a Wi-Fi-compatible smart TV, since you should be able to control it through your local wireless network instead of over infrared. However, if your TV's getting a little long in the tooth and doesn't support Wi-Fi, you'll need to purchase a separate infrared receiver like the Logitech Harmony Hub to enable remote control functionality on your iPhone.

One thing worth noting is that, like most free apps, the SURE app contains ads. You can pay to remove the ads if you so wish.

Once you've installed the SURE app, it'll guide you through the process of setting up any TVs you want to control. Simply select the brand of your TV and your location (necessary for the app to load up the correct TV guide for your area) and the app will step you through testing the power button and channel buttons to determine the specific remote protocol your TV uses. 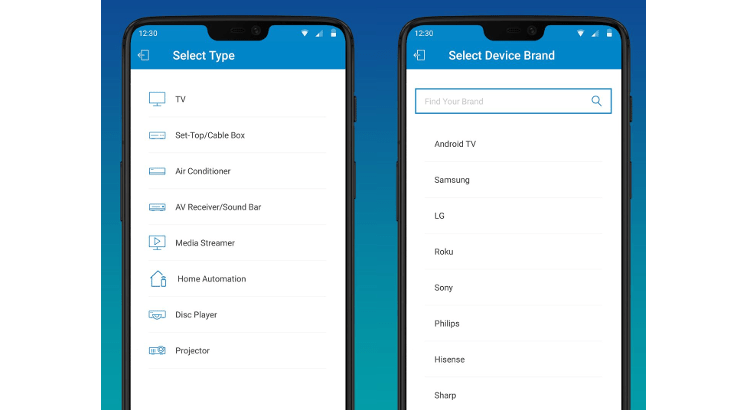 Depending on the model of your TV, you may need to try certain buttons multiple times before the SURE app will identify the correct signal to send. Don't worry, though, because the app is simple to follow even if you do need to do a little tweaking.

All in all, the setup process takes a couple of minutes at most, and when you're done, you'll be able to not only change the channel, adjust the volume and turn your TV on and off from your phone, you'll be able to browse your local TV guide and set reminders for upcoming shows you don't want to miss.

What TVs does the SURE app support?

The SURE app is compatible with most modern TVs from the following manufacturers:

Other TVs may also work, so it's worth testing the app out even if your particular brand isn't in the list above.

What other devices is the SURE app compatible with?

TVs aren't the only devices the SURE app can control. Streaming media players like Apple TV and Chromecast along with gaming consoles like Xbox One and Xbox 360 also work with SURE, though the functions you can perform from your phone differ from device to device.

Below is a list of some of the more popular devices compatible with the SURE app:

Bear in mind that the above list is only a portion of compatible devices, of which there are hundreds. You can search the full list from within the SURE app.

What phones does the SURE app support?

For non-smart TVs and other infrared-only devices, you'll need an Android phone with a built-in infrared transmitter.

Unfortunately, with one major exception, they're not that common any more. The exception is Huawei, where its premium P-series and Mate range phones, such as the Huawei P20 Pro and Huawei Mate 20 Pro feature inbuilt IR blasters.

A premium phone for camera lovers

The Huawei P20 Pro features three stunning rear cameras, helping you take your mobile photography to the next level.

Of course, if you've got an older handset, like the Samsung Galaxy S6 Edge, the Huawei P10 Plus, or the LG G5 you could always put those handsets to duty as standalone TV remotes in the same way.

For Wi-Fi compatible smart TVs and all other smart devices, the SURE app will happily work with any iPhone running iOS 8.0 or later and almost any Android device on the market.