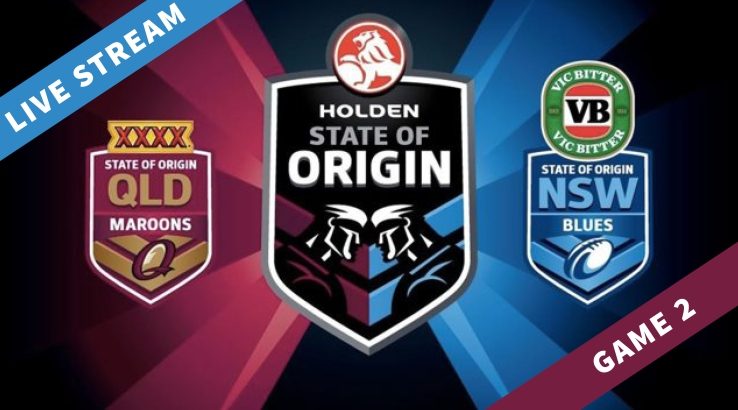 Can NSW tie the series? Despite a close 18-14 final score, it was a comprehensive display by the Queenslanders in the first State of Origin game of the 2019 series. In the opening 20 minutes it seemed like NSW may storm to a big lead. Metres were easy to come by and the Blues had all the field position. However, after that it was a Maroon wave up the field. A host of bombed tries made the score look more respectable than it should have been, and NSW lacked the creativity and the size to find a response. To see how each individual player performed, check out our exclusive player performance rankings for Game 1.

Can you feel the pressure? It's immense. New South Wales simply must win Game 2 of the 2019 State of Origin series or it's all over and a new dynasty could have very well begun. Coach Brad Fittler has gone about dealing with the Game 2 pressure in the most unorthodox of ways. Despite the short preparation and the untested nature of the venue in Perth, he made seven changes.

To be fair, three were forced by injury. But the decision to drop a specialist and dependable centre in Josh Morris, the NRL's most dangerous five-eight in Cody Walker, and arguably the game's best player in Latrell Mitchell, on form or attitude is a huge risk. In their spots come Tom "Turbo" Trbojevic, James Maloney and Jack Wighton respectively.

Other selection decisions are easier to comprehend. Metre-eater Blake Ferguson returns on the wing for the injured Nick Cotric and should offer plenty of added go-forward. Man mountain Daniel Saifiti will look to emulate the league-leading work of injured club teammate David Klemmer. Meanwhile Fittler has opted for players with menace, skill and minutes over genuine size for his bench. He's brought in Tariq Simms, Wade Graham and Dale Finucane to accompany Game 1 star Cameron Murray.

With so much chaos in the NSW squad, the Queensland State of Origin team looks as solid as a rock. Dylan Napa moves to the starting prop position following Jai Arrow's injury. His spot on the bench and that of injured young star Joe Ofahengaue have been filled by hardened veterans Tim Glasby and Jarrod Wallace. The team looks just as strong as Game 1 and shouldn't miss a beat.

There's no doubt NSW is up against it for Game 2 of the 2019 State of Origin series, and will need to hope that sheer talent can get them over the line against a QLD side which will be polished, professional and confident.

When is Game 2 State of Origin kick off time?

As has become religion here in Australia, Channel 9 and the commentary team of Ray Warren, Peter Sterling and Paul "Fatty" Vautin will be broadcasting State of Origin Game 2 from 7.30 pm. All you need is a terrestrial TV aerial and a TV and you should be good to go. If you do not have access to the normal Channel 9 broadcast, the only other way to watch it on your TV is to use ChromeCast and to share it with your TV from the 9Now app on your phone or tablet, or the 9Now website in a Chrome browser. If you want to watch a replay on-demand, you'll need Kayo Sports or Foxtel (see below).

If you want to watch a live stream of State of Origin Game 2 then there is only one way to do it. You need to download the 9Now app to a mobile or tablet device, or head to the 9Now website. If you sign-up for an account, you will then be allowed to watch the live stream of the match as it is broadcast around Australia. Here are some quick tips:

Can you watch a live stream of State of Origin Game 2 on Kayo Sports?

You may be wondering if the brilliant new sports streaming service Kayo Sports is offering a State of Origin live stream. The answer is yes, but only on replay. You can watch State of Origin on Kayo Sports as soon as the game's broadcast on Channel 9 ends, as per the broadcast rights. Despite this disappointment, we highly recommend checking the service out. It offers 50 sports, a futuristic UI, unique sports-specific viewing features and a great price point. Jump on the 14-day free trial now.

Can you watch a live stream of State of Origin Game 2 on Foxtel?

Foxtel suffers from the same restrictions as Kayo Sports. You can watch a State of Origin live stream on Foxtel Now, or watch it on your TV via Foxtel IQ, as soon as the main broadcast ends on Channel 9. Foxtel Now is offering a 10-day free trial at the moment, but should only be considered by sports fans who also want to get broader entertainment programming. This is due to the extra cost required by the need to include channels like Showcase and Lifestyle. Kayo Sports is the service focused solely on sport.

How to watch Game 2 of State of Origin overseas

If you are travelling overseas for work or pleasure, or if you are now an expat living abroad, you don't have to miss a second of State of Origin. In fact, you can live stream State of Origin relatively cheaply and easily. We have a full guide to watching State of Origin from overseas here. The super short answer, however, is that you need the Watch NRL app.