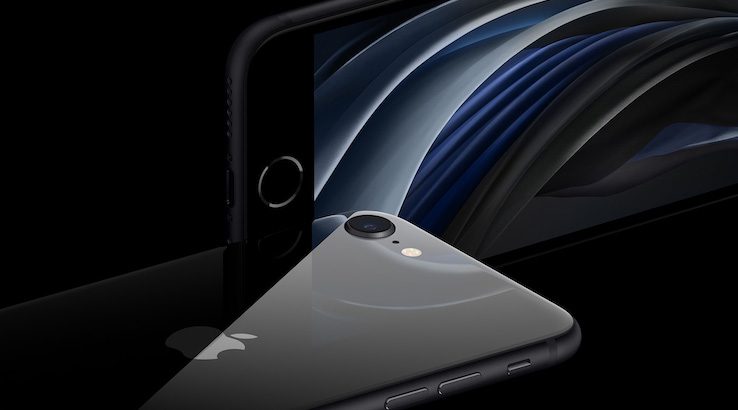 Apple's hype machine hits overdrive on its new "affordable" iPhone, but which model represents the best value for your phone buying dollar?

Overnight, Apple finally released a new model of the iPhone SE. I say finally, because the "original" iPhone SE came out in 2016, which is a very long time ago in smartphone terms.

Still, the new model SE keeps to the idea of being a more "affordable" model, as long as you're only comparing it against other iPhone models; the comparison with the wider Android ecosystem isn't quite as friendly to Apple's interpretation there.

If you've been holding out for an update that kept the original iPhone SE's very pocket-friendly 4-inch screen size, I've got some bad news for you.

The new iPhone SE could be called an iPhone 8 in a slightly new skin, because that's the obvious design inspiration for Apple's new phone. At the same time that it's bringing the iPhone SE 2020 to market, Apple has stopped selling the iPhone 8 directly itself. That's a very direct and long-held Apple play, with new models replacing their predecessors instantly in order to spur new sales.

That doesn't mean that there are no Apple iPhone 8 handsets to buy; it's just that Apple itself won't sell you one.

Apple also has a slight play towards "affordable" status – again, within the tight constraints of the limited iPhone market before you send in angry Android-facing messages – with the Apple iPhone 11 being its lowest cost "new" iPhone up until today. So how do the three models compare?

The iPhone SE 2020 looks a lot like the Apple iPhone 8, and if anything, that's understating matters. It's the same size, it features the same 4.7-inch 326ppi 1,334 x 750 pixel LCD display and the same TouchID sensor at the base. 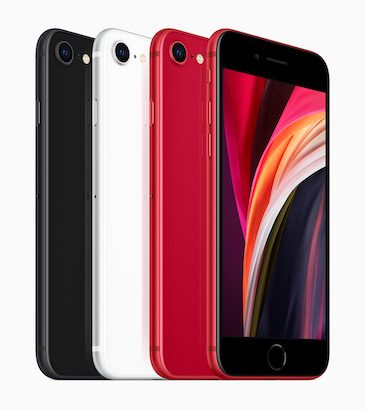 The iPhone 11 does pump up the screen size notably, with a 6.1-inch 1,792 x 828 pixel LCD screen, so that extra cost does buy you more screen real estate. That's especially true because it also drops TouchID in favour of FaceID, although people's preference around facial or fingerprint ID does play a role there.

There are also colour differences. If you were a big fan of Apple's gold-coloured phones, you'll have to jump all the way up to the iPhone 11 Pro.

The iPhone 8 comes in a gold finish (as well as space grey or silver), but it's absent on the iPhone SE 2020, which comes in black, white or PRODUCT(RED) finishes instead. The iPhone 11 has the most colour variety, with black, white, red, yellow, green and purple hues to choose from.

Apple has for a long time saved its "best" camera arrays for its premium phones, even though its range of "premium" has typically only related to at most two actual handsets.

That's still true for the iPhone SE 2020, which features a single rear 12MP f/1.8 camera lens that Apple claims is the best found in any single-lens smartphone. 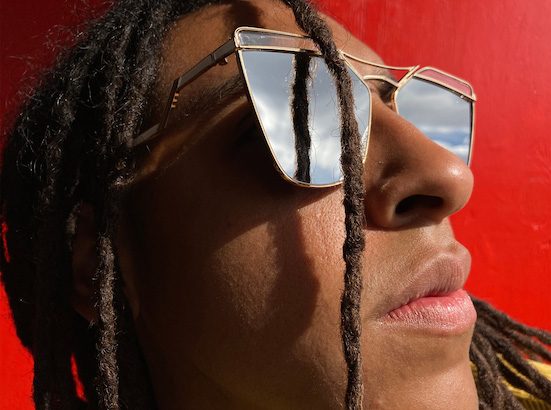 A big call, but at least at a technical level it's looking at the same core specifications as the iPhone 8, which also features a 12MP rear f/1.8 lens. That's almost certainly going to be a mix of software improvements and the power of the underlying processors for image manipulation at play though.

The more interesting comparison will be with the iPhone 11, which features the same array and the same processor. That could point to the iPhone SE 2020 being a bit of a camera bargain if it can turn out the same kind of shots as the iPhone 11 does. 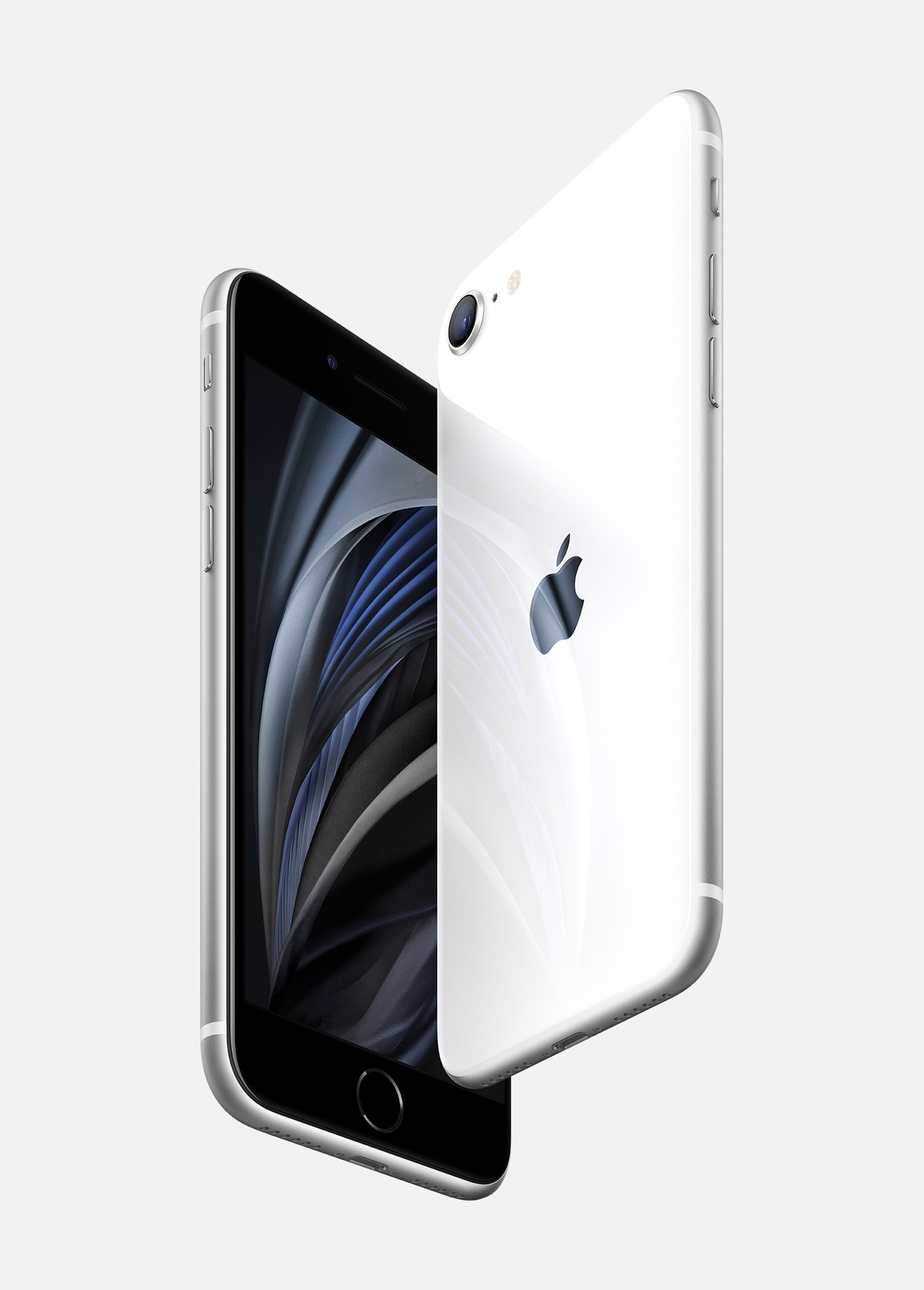 The iPhone SE 2020 runs on the Apple A13 Bionic with… an amount of RAM. Tim Cook probably knows what it is, but he's remaining tight-lipped about it.

Apple never officially announces the RAM count for its iPhones – we'll have to wait for the likes of iFixit to get their grubby little spudgers on one to find out for sure – but it seems likely that it will outpace the iPhone 8 but may not match up to the iPhone 11. Which makes 3GB of RAM feel likely, but we don't know for sure.

The A13 Bionic has consistently topped the benchmark charts even with relatively low RAM by Android standards, and that will almost certainly be true for the iPhone SE 2020. In one sense that's not the real reason to get excited about the iPhone SE 2020's internal processor.

You could buy an iPhone 8, and you'd almost certainly be able to score one for less than the asking price of the iPhone SE 2020. But in doing so, you'd be limited to iOS upgrades that will apply to the A11 processor, and that might not be all that many more future upgrades at all. 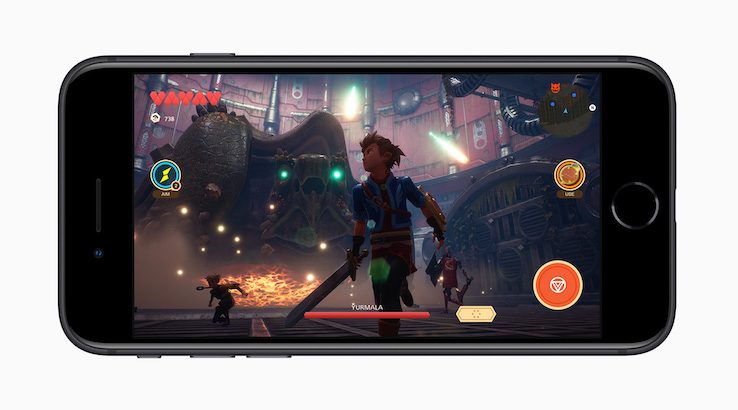 The A13 Bionic is the heart of every iPhone Apple sells right now, and that means that you're assured of at least a couple of years worth of major iOS upgrades, compatibility and security upgrades. The same is of course true for the iPhone 11, which adds some solid value to its asking price.

We've got to get a little bit speculative here, because Apple doesn't state absolute battery figures for iPhones at any point. Instead, it simply states that the iPhone SE 2020's battery "Lasts about the same as iPhone 8". Literally, that's a line that's on Apple's spec sheet for its new phone.

The iPhone 8 features a 1,821mAh battery, quite titchy by modern standards, but then the power draw of the A13 Bionic may force Apple to stack more power underneath the Apple iPhone SE 2020's frame.

Comparatively, the Apple iPhone 11 features a 3,110mAh battery and is said to "Last up to 1 hour longer than iPhone XR" according to Apple's official brief. What that means in practical terms is that it's almost certainly going to have better battery endurance than the iPhone SE 2020. 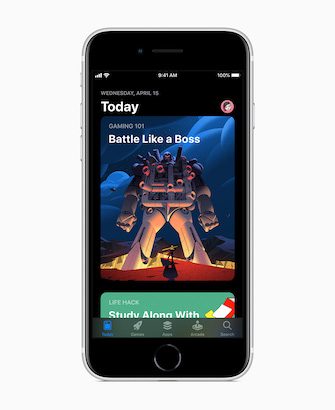 All three phones use Apple's proprietary Lightning connector for wired charging, and all three support Qi-based wireless charging as well. 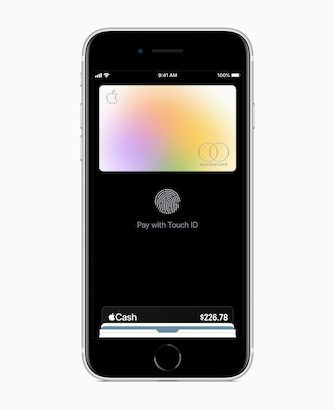 Apple doesn't officially sell the iPhone 8 any more, but some retailers may still have stock on shelves with pricing typically starting at around $779 for a 64GB model. The age of the iPhone 8 (or the larger iPhone 8 Plus) does mean that there's a significant quantity of refurbished stock that you could pick up. Our usual advice for buying a refurbished phone applies, but we've seen iPhone 8 models for sale for as little as $400 locally.

We're hoping to get a review unit of the iPhone SE 2020 quite quickly, so our full review should follow in due course.

However, on the surface of it, if you're in the market for a "new" iPhone, the iPhone SE 2020 has a lot going for it compared to its obvious competition.

The iPhone 8 is really only worthwhile if you're happy buying a cheap refurbished unit and putting up with the fact that it's going to have a shorter shelf life due to iOS upgrades.

The iPhone 11's feature set has, more or less, been bolted onto the iPhone SE 2020, so outside its larger display screen, there's less value there than there used to be. If you're in the above-$1,000 phone crowd there'd be a strong argument to spend a little more to score the iPhone 11 Pro and its better cameras if you were spending iPhone 11 money anyway.