Are Apple’s refurbished iPhones worth importing? 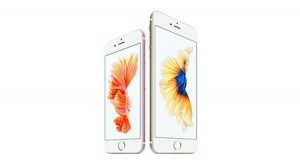 No sign of second hand iPhone sales in Australia yet, but would it be worth importing one from the US?

Apple has long offered a range of refurbished products through its online store, including iMacs, MacBooks, iPods and iPads. Apple never actually comments on where they’ve been refurbished from, which means that they could be ex-review stock, ex-store stock, repaired items from customer exchanges or possibly just end-of-life stock. But whatever the source, the one product line that Apple has never offered previously in its refurbished store are iPhones of any type.

Now Apple has just started selling refurbished iPhone 6s and 6s Plus models through its online refurbished store in the US. Apple as a company is very centrally run out of Cupertino in California, but there’s no sign of a similar offer here as yet. That may relate to the size of market, or it could relate to the fact that Apple’s trade-in deal, which we’ve analysed previously, is actually run by a completely separate company in Australia, and thus Apple itself might not have that much second-hand stock to sell here.

It’s no surprise, by the way, that the iPhone 6s generation is the newest model available. The iPhone 7 and iPhone 7 Plus are just too new for there to reasonably be a lot of refurbished stock lying around, and in any case they’re selling rapidly and there would be a poor business case to offer them cheaply

Still, a bargain is a bargain. Or is it? We thought it might be interesting to look at the US asking price for refurbished iPhone models and compare it against the price you’d pay in Australia for the same device. For the purposes of this comparison we’re ignoring US sales taxes, which are never listed for devices, so presumably you’re buying in a sales-tax-free state. We’re also leaving out shipping, because that can vary widely, but it’s obviously a factor unless you’re planning US travel some time soon.

There’s an immediate problem with comparison, however, as every single iPhone 6s/Plus that Apple is listing in the US is either a 16GB or 64GB model. We’d strongly advocate for the 64GB variant, because you can’t easily upgrade the storage on an iPhone, but the reality is that both sizes are now redundant with the new baseline storage sizes for iPhones being 32GB and 128GB respectively. That should weigh into any comparison of value, but we’ll just look at price and compare the closest alternative in each case, that being new 32GB and 128GB phones. Converted US prices are as per currency rates at the time of writing, as are Apple's prices for each phone range.

On a straight numbers basis then there are some savings to be made here, even if you factored in some kind of shipping cost and possibly even sales taxes. One thing to check carefully, however, is the precise model number of the phone being offered, which Apple US does list in its sales description. The current offerings are a mix of the A1687 (6s) and A1688 (6s Plus) variants of the iPhone 6s and iPhone 6s Plus. Those phones are unlocked and should work fine on Australian networks, and indeed much of the world, but there are some variants, including the SIM-free iPhone models, that won’t. There’s no sign of those in the US store at the time of writing, and some of them are specific to China, but it would be well worth checking the model number prior to making a purchase just to make sure you don't buy a phone with less than optimal performance once you get it home.

So is it good value? The answer is that it could be depending on your needs. Apple’s providing a one-year warranty with these phones, which is slightly less than the general protections of Australian consumer law, and you would have to live with a lower storage capacity than currently available on the same models. They’re obviously used units, albeit refurbished if that bothers you, but at these kinds of prices we wouldn’t be too shocked to see canny importers selling them on locally.