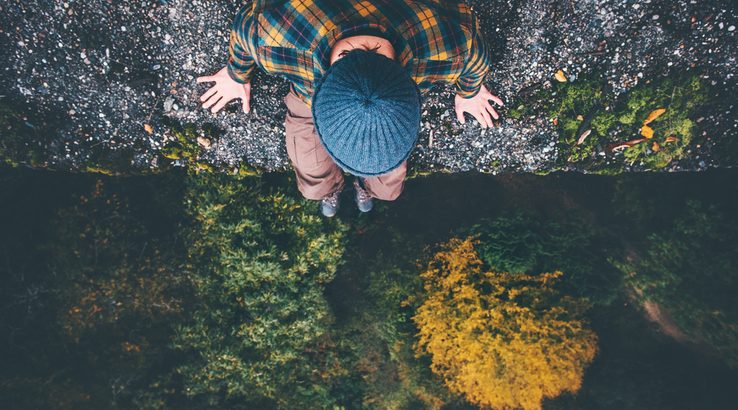 Each day Booking.com books more than 1.5 million nights of accommodation, so the site definitely have its finger on the pulse of world travel.

Now Booking.com has combined that with a survey of over 9,000 travellers across 26 countries, to predict 8 travel trends that will take off in 2018.

Travellers already love their tech travel, with 29% entirely happy to let the computer take the wheel and plan an entire trip for them based on their previous travel history while half aren't fussy about whether or not they deal with a computer or real person as long as their questions are answered.

And substantially more than half (64%) say they'd love to try before they buy, with virtual reality previews of their destination before they visit.

Australia might be ahead of the curve there, with 1 in 5 Aussies having previously used VR to choose a holiday destination.

In another kind of virtual reality entirely, 60% of travellers said they'd be making daily posts on social media while on vacation, while 41% expect to plan and book activities on their phones while travelling in 2018.

Go big or stay home say the 82% of respondents who plan to tick something off their travel bucket list in 2018.

Seeing a wonder of the world is at the top of the list, with 47% of travellers aiming to get it done in 2018. Meanwhile, 35% want to taste the culture by trying local delicacies, and 34% want to satisfy themselves with an island paradise, the same number as say they want to visit a world famous theme park in 2018.

Where do you find a world famous theme park? Unsurprisingly, most said Orlando, Florida. The second most said the Gold Coast though, and many also pointed at Dubai in the UAE.

Also on the list, 28% said they wanted to attend a unique cultural event, 27% were more practical and wanted to take a new skill home with them.

A quarter of travellers said their bucket list includes a challenging location. The same number as said an epic road or rail trip was on their list.

3. A literal trip down memory lane

More than a third of travellers nominated a favourite childhood holiday destination as their trip of choice. Those old family holidays leave a lasting impression, with many saying those memories were even more fondly recalled than their childhood sweethearts or family pets.

34% of travellers overall said they were considering a holiday destination they experienced as a child and millennials in particular were more likely to head down memory lane, with 44% of 18 to 34 year olds looking forward to the experience.

Learning traditional weaving in Botswana is one kind of cultural experience. But heading to Russia for vodka and football in 2018 might be a more popular one. 22% of travellers said they'd be tempted overseas for a major sporting event, with 44% of those specifically mentioning Russia in 2018.

Interestingly, it looks like sports can't compete with other TV shows, with 36% of travellers saying they'd be drawn overseas by their favourite TV shows, compared to the 22% who'd be willing to travel for a sporting event.

Of those, the landscape eye candy from Game of Thrones was unsurprisingly the most popular with 29% of TV-inspired travellers saying it put Iceland, Croatia and Spain on their list. 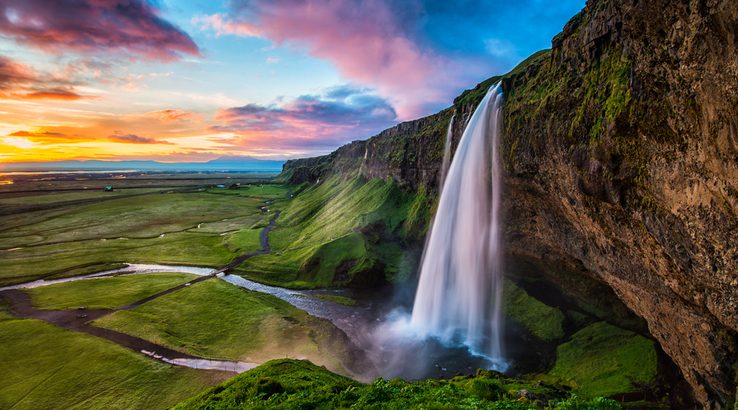 As seen on TV and in real life: Iceland's Seljalandsfoss Waterfall.

It's a surprisingly small number when you look at the broad description of wellness vacations being used, which essentially includes anything that gets you into nature, yoga, sports, detoxes, spas and hiking.

Hiking in particular is the thing to do in 2018, with 56% of travellers planning to lace up their boots and hit the trails. Many of those respondents will even be coming to Australia for its renowned hiking and bushwalking tracks.

Less popular were spa and beauty treatments (33%) and bicycling holidays (24%). That 24% is a sharp increase though, with "bikepacking" becoming much more popular over the last few years. The seaside watersports staples are on the radar for 22% of holiday-makers, while detoxes, yoga, running and meditation are all on the list for 16-17% of respondents.

The "mindful escape" mentality might be more popular than that though, with 59% of people saying they prioritise experiences over material possessions while on vacation, and 55% saying they use holidays as a time to reflect and make better lifestyle choices.

The unspoken corollary there might be 45% of respondents using holidays as a time to cut loose and make worse lifestyle choices.

Travellers are getting money-savvier, and it looks like about half will take every advantage they can get.

47% plan to get an edge by taking exchange rates into consideration, 48% will consider the economic climate of a destination when deciding where to go and almost half (44%) will be taking advantage of money-saving travel apps.

Over a quarter of travellers are also looking forward to saving while spending, with 30% heading to the duty-free stores in airports, and a quarter (26%) specifically planning international trips for the purpose of picking up cheaper designer goods and other high-end items.

The number one money-saving travel trip? It's probably to plan your travel money before heading overseas. Ditching the currency conversion fees can save you even more than favourable exchange rates might.

This report found that most respondents (57%) said they wanted to do more independent travel, and other reports have dubbed 2017 as the year of solo travel.

But among group getaways, travelling with buddies is moving up the list, up from 21% to 25% over the last year as family vacations might be moving into the backseat. This might be down to increasingly budget-conscious travellers, with 42% nominating economy-of-scale-type benefits, like joint accommodation, as one of the reasons to travel in groups.

A solid third of travellers say they prefer to stay in a holiday rental rather than a hotel, and 1 in 5 would consider listing their own home on a travel accommodation site.

This might be especially true among those visiting Australia, where rental properties have already overtaken hotels by a long shot. In 2016 international visitors to Australia spent a total of 248 million nights in Australia. Of those, 38.7% were spent in rental accommodation while only 10.8% were spent in hotels and resorts.

Everyone has a different idea of what makes a perfect host though. A quarter of travellers want a host that has enough local knowledge (and local time) to spice up their trip with insider tips, while 30% say it's important that a host is available but not overbearing.

But on the other end of the scale, 12% want a host that they don't have to speak to at all.