Why that Sydney-Canberra high-speed train is a pipe dream 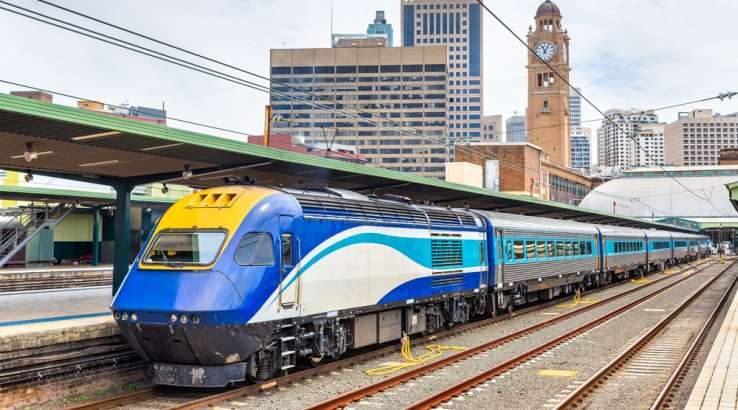 So it's time for Australia's favourite annual exercise in transport futility: suggesting a high-speed train link that will almost certainly not happen. Usually these exercises in highly desirable fantasy centre on Sydney-Melbourne connections, but the 2017 version instead looks at Sydney-Canberra.

Spanish train manufacturer Talgo is proposing using its high-speed trains to provide a service on the existing Sydney-Canberra line. Currently, that's served by three trains a day in each direction, a trip that takes a little over four hours. Talgo reckons it can use the same network and deliver a two-hour service between the cities, simply by running at higher speeds.

I bow to no-one in my obsession with trains. Last year, I used Opal hacking to travel 1500km for under $20. I've only just returned from a two-week holiday in which I went on every single passenger train in regional NSW. I've taken the current (and slow) Sydney-Canberra Explorer service dozens of times in the last two years. But you don't need to be a train tragic to work out why this proposal doesn't even pass the (diesel) sniff test.

There are at least two big problems with this idea. The first is that the slowest part of the Sydney-Canberra journey on the current Xplorer trains is where they have to compete with suburban services until they get outside Sydney. Long and bitter experience shows that if there's a clash, the suburban services always get priority and the Canberra train gets held back. That wouldn't change if a high-speed service was introduced on the same rails, and for good reason: there are many more passengers on the suburban services, so they'll end up complaining more.

Even once they have left Sydney proper, the passenger trains aren't alone, since they have to coexist with freight services. Reminder: every rail line outside a capital city owes its existence to freight. Passengers are very much an afterthought.

The segment heading towards Canberra gets a particularly heavy freight load. Not only does it carry NSW-Victoria freight, it also gets most of the traffic headed towards Western NSW, South Australia and Perth. That's not the most direct route, but in practice it's easier to send freight down this line than across the Blue Mountains.

And what does that mean for our theoretical fast service? If there's a freight train already on the line, the fast train is just going to have to wait in a passing loop if it's coming in the opposite direction, or crawl behind it if they're both headed the same way. And that's before we consider that the fast train isn't going to replace the existing Xplorer service, creating even more potential for conflict on a line which is single for most of the route. (And I haven't even considered whether the tilt technology the Talgo trains use would work in the various tunnels and cuttings on the line.)

There's a simple lesson we can learn from the success of high-speed trains in France and Japan: you need to build dedicated lines for them. Yes, that's expensive, especially at the city ends (where you might well have to tunnel in order to avoid hugely expensive compulsory acquisition of land). But it's the only way to get the job done effectively and actually let the trains run at high speed most of the way.

Since this Sydney-Canberra vision doesn't include building any new rail at all right now, we can safely pronounce it dead before it has started. I'd love nothing more than a proposal to build new high-speed lines that was actually going to happen, but it seems impossible to imagine it being funded in Australia right now.