VR Box 2.0 review: Is this cheap VR headset any good?

Quick Verdict: If you’re looking for a cheap way to experience VR or to show it off to the kids, the VR Box 2.0 is the best Google Cardboard alternative going around. Keep your expectations in check and you’ll get your money’s worth. But it’s a million miles from the best VR you can get. 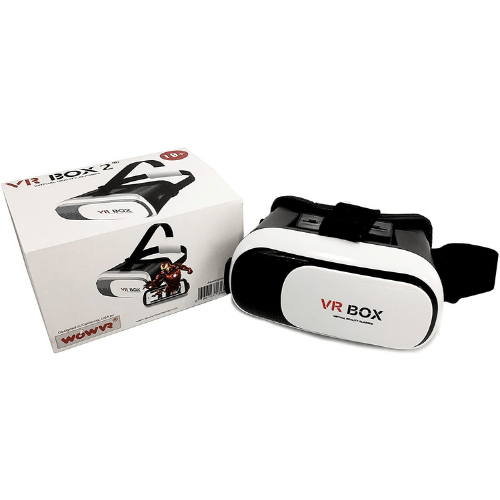 When it comes to enjoying virtual reality, the gap between the cheapest options and the premium range is huge. In the elite category you have the likes of the HTC Vive Pro 2 and the Valve Index. In the middle you have PlayStation VR and Oculus Quest 2 (now called Meta Quest 2). And right down the very bottom you have Google Cardboard and its alternatives.

VR Box 2.0 sits right down the bottom, which is fine as long as you know what you're getting into. The likes of the HTC Vive Pro 2 will set you back over $2,000 in Australia, and the PlayStation VR and Oculus Quest 2 around $500. However, you can pick up the VR Box 2.0 for less than $30.

So, set your expectations accordingly, because the question isn't whether VR Box 2.0 is going to give you a stunning virtual reality experience. It's whether you – and perhaps your kids – will get $30 worth of value out of an experience that gives you a taste of what VR can do. The VR Box 2.0's design is smart. It's made of light plastic, with a built-in, slightly cushioned gasket that sits over and around your eyes. On top you'll find 2 lens adjustments, in and out, and wide and narrow. They move rigidly and are super basic, but it's nice functionality to have at this price point and it works.

The elastic headband is weak and doesn't adjust awfully well, but it does the job of keeping the headset attached to your noggin. Elsewhere you will find a visor on the front that can be slid to the side to open forwards visibility to the real world, and a gap in the side so you can feed a headphone cable through should you want to. A slider can be pulled from the side, within which you place your mobile phone. Most modern sizes of Android and iOS phones will be fine. It doesn't slide out very smoothly, but the system works well enough. A spring-pulled clasp holds your phone in place, and I was able to slide my iPhone 12 in and out without having to take it out of its case, which was nice.

By comparison to the premium headsets, it feels cheap and nasty. But in reality – and compared with cardboard – it's actually kind of robust and feature-rich. The reality – or should that be virtual reality – is that the field-of-view (FOV) with the VR Box 2.0 is a long way from the premium VR headsets. And yes, I know the price is a long way from them too, but it's the FOV that impacts the immersion of the experience the most. Rather than having the image taking up most of your vision, it exists at the end of a long, black hallway.

You're still getting a VR experience. You're still looking around your environment as if you are in it. And for first-timers, it will likely still be a thrill. But the screen is so far away from you it's often like interacting with a 360-degree photo than it is true VR.

This is not helped by significant light bleed coming in around the gasket. And even though the VR Box 2.0 headset itself isn't heavy, when you put a phone in the front end, that weight drags it down as it's not counterweighted at all. The result is that the plastic pushes against your nose and cheekbones, meaning it's not comfortable for long plays. Ultimately, the experience is defined by the apps. There is a VeeR app that acts as a portal to free and premium experiences to enjoy. It does a decent job of seeding you straight into VR and seems to update (or at least rotate) experiences often to help with discovery. Then there are a number of mobile VR apps you can download through the stores themselves.

I found the experiences, over games, to be the most enjoyable. Younger users will no doubt think differently. But first-person roller-coaster rides, or looking around landscapes I've never been to before, kept my attention.

Fun games are harder to come by. Your searches will consist of a lot of trial and error, especially if you have upgraded your phone to the latest operating system. I have IOS 14 installed on my iPhone, and most of the games at the top of "best VR games on iOS" lists clearly hadn't been updated. They were unplayable. The controller that comes with the VR Box 2.0 isn't that great either. I guess at this price, the fact that it comes with one at all is worth something. It's light and plasticky, and the stick on mine got stuck at first to the side, until I shuffled it around enough to loosen it up. But it's designed for multiple use cases. This includes holding it to the side – like a Nintendo Switch Joy-Con – to play games.

It's not trying to do much, and it achieves its low target. The inclusion of a mouse mode is pretty handy for navigating your phone when it's slid into the headset.

The main issue is that the LED light only flashes when you turn it on and off briefly. So, you don't know if it's on or off when you look at it. Also, changing modes, between gaming and VR and mouse, is confusing. You'll want to get out a magnifying glass and read the small print on the instructions. At least the Bluetooth pairs with ease. You don't need the controller though. Most of the experiences I did were controlled simply by movement or looking at certain objects. Looking down also triggers a menu, allowing you to change apps or reset your centre without using your hands.

To be fair dinkum, high-end VR gaming is outside the reach of most normal Australians. It's super expensive and requires an even more expensive PC to run it. The VR Box 2.0 does exactly what it says it will. It gives you a cheap VR experience that runs off your phone, and it does so with more features and comfort than you can get from most Google Cardboard alternatives.

I can see kids and people who have never experienced VR before getting some thrills out of it, especially if you can hunt down some decent apps that work with your operating system. You'll get your $30 of value, no worries. However, if you've played VR on any of the legit standalone headsets, the step backwards will likely be too much to stomach. The VR Box 2.0 has been available since 2018 and can easily be found on stores like eBay and Amazon. You can expect to pay under $30 including delivery. 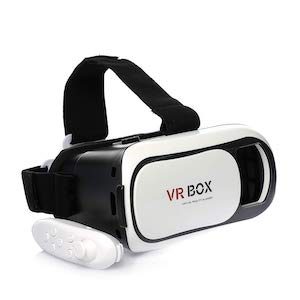 How did we test it?

Over the course of several days, I experimented with the headset design and as many apps as I could hunt down that worked on iOS 14. I've previously used almost every other VR headset in the market.