Samsung talks up a connected world at CES 2017 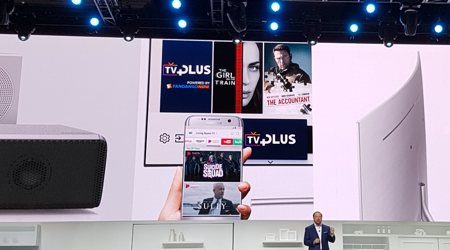 New TVs, home appliances and laptops all talking happily to each other, although not all of them will make it to Australian shores.

Samsung used its CES 2017 press launch to highlight a range of new products, as pretty much every vendor does, but it did so with the recurring theme of the overarching Samsung ecosystem, largely controlled by smartphones.

Samsung has already announced its CES 2017 smartphones, the very mid-range Galaxy A phones that we will see in Australia at some point this year, but it’s leveraging its smartphone positioning to enable additional functionality across a range of products, from smart apps for precise TV control through to an ultra HD Blu-Ray player that can stream disc content direct to a compatible smartphone. You’re not likely to get the full 4K experience on your smartphone, but it’s at least an interesting take on how we all consume media. 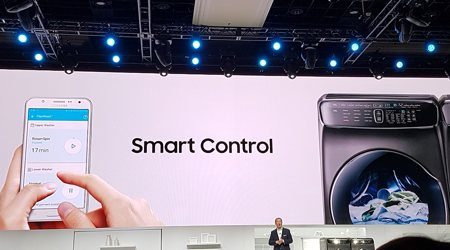 Like LG, Samsung has its own take on a smart fridge, launching its Family Hub 2.0 range of devices at the launch. These incorporate touchscreens for in-fridge viewing, reminders, jotted notes and new media streaming functionality as well as voice control via Samsung’s own voice platform.

Samsung wasted little time at its CES 2017 press conference dealing with the Note 7-shaped elephant in the room, kicking off matters by noting that 2016 was a “challenging year” for the company. Tim Baxter, president and COO of Samsung US, stated that Samsung expects to reveal more details about what happened with the Note 7 shortly. 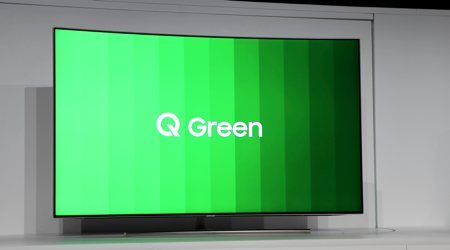 The star of the show for Samsung was its new range of QLED TVs. Samsung’s claim for its TV range is that its use of quantum dots in its TVs give it improved colour accuracy and contrast. Samsung also took a potshot at rival LG’s OLED technology, claiming that the expected lifespan of Samsung panels should exceed that of other manufacturers. 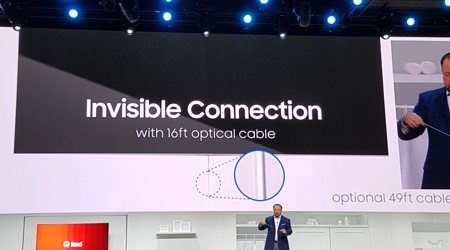 LG’s take with its W OLED TVs was for a super-thin panel, and while Samsung hasn’t retaliated with something even thinner, it did display a transparent and very hard to see single connection cable designed to make wall mounting and then connecting new devices seamless and easy. 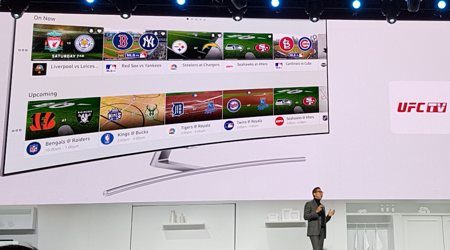 We can expect to see Samsung’s 2017 QLED TV range in Australia this year. It’s a fair bet that some of the features such as Samsung’s Sports section, which allows you to quickly search for relevant sports content that interests you and even send reminders to your Samsung smartphone, may be toned down a little or missing entirely when the new TVs launch in Australia.

Samsung also demonstrated a new soundbar with impressive integrated subwoofer as well as a standalone H7 wireless speaker that can handle music streaming sans smartphone according to the company. Those products may launch in Australia at a later date according to company representatives. 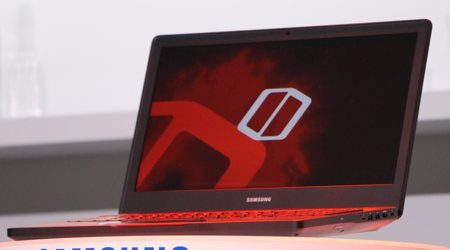 Samsung has sold laptops in Australia for years, including models such as the stylish Samsung Galaxy TabPro, but while it announced three interesting new laptops in the Chromebook Plus and Chromebook Pro, as well as a new gaming line in the Samsung Notebook Odyssey in 15 inch and 17inch sizes, we won’t be seeing those officially in Australia.

It seems everyone at CES is pushing gaming laptops hard with Lenovo announcing its own sub-brand and Dell pitching hard with its existing Alienware laptops. Alongside that, the Samsung Notebook Odyssey hits out with Intel Core i7 Kaby Lake processors, curved keys on the keyboard and a “supercharge” button for maximum performance, although it’s unclear if that’s a direct overclocking feature or not. They’re also designed to allow for upgrading of both the memory modules and the inbuilt SSDs, but if you’re keen, you’re going to have to import one.

Alex Kidman travelled to Las Vegas for CES 2017 as a guest of Dell.