LG explains why robots are too fat 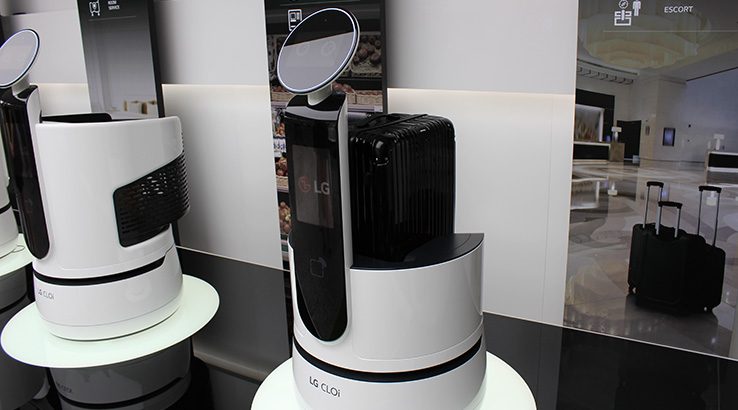 LG's Hyungjn Choi talks robots with personalities, how to keep your robots secure and where LG's headed next for its autonomous robots business.

I recently had the opportunity to travel to South Korea to look over LG's work in both the AI and robotics fields, including some detailed time with its LG CLOi Airport Guide Robot.

That's a design that LG has iterated on over time, and I had the chance to sit down for an interview (via a translator) with Hyungjn Choi, LG's Leader of Life support Robot Biz. Development & Product Planning Task.

That's a fancy title to say that he's in charge (in his own words) "of robot business development and product planning" at LG. Robots in industry are nothing new, but people-centric robots are a tough challenge. Mr Choi is quite clear that the first robot was the toughest.

"Technically speaking, the most difficult one is the first one that you can see when you arrive (at Seoul's Incheon International Airport), the Airport guide robot.

Because we have to deal with a spacious indoor area, the environment is very noisy. There are a lot of people travelling around. The robot needs to autonomously drive around and move around these high traffic areas. Also it needs to interpret and understand different and diverse pronunciations and ways to respond to customers' needs.

That was the most technologically challenging area, and in order to take on that challenge, we've specifically taken on airports.

But that doesn't mean that other robots were easy, technologically! So for example, the lawnmower robot is different from other lawnmower robots you might see. Our one moves around in a specific pattern, so it can move around in a zig zag motion, so even if your ground is bumpy, it can make a very calculated movement to ensure that every part of your lawn is well managed."

My first son is the airport robot guide."

Still, Choi isn't above playing favourites. When the question comes up as to his favourite robot, he's quick to answer.

"My first son is the airport robot guide. We had a lot of technological difficulty developing the robot. I have spent the longest period of time to develop it, so that's why I feel very attached to it."

LG's robots with faces all share the same animated eyes to give them personality, but this means that they're lacking in any other kind of humanoid features. There's something quite endearing about the CLOi Cleaning Robot that up until recently was sweeping the floor at Seoul's City Hall Station singing to itself, but so far, all they have is eyes.

For example, for home robots, the important part is how it can interact with customers and users."

According to Choi, they're actively working on the scenarios where adding more human features to their robots will make sense.

"We're definitely reviewing that idea. It will depend on the purpose and use of the specific robots that we're talking about. For example, for home robots, the important part is how it can interact with customers and users. In that regard we're reviewing the possibility of expanding the expressibility of humanoid robots.

But for professional use, or industrial use, depending on the purpose, we may want to simplify the expression of the robot."

The use of the word "robot" always brings with it connotations of autonomous use, which also broadly ties into LG's already stated ambitions in the AI space. I was curious to find out just how autonomous the already-deployed robots actually are, and what kind of network control exists as a backup.

"For most of our commercial robots we do have the control and monitoring functions connected to the network. In order to ensure the quality and control of the network we build our robots to be Wi-Fi and Bluetooth enabled.

At the same time we do have a 4G connection mode, so that if one side is down, we can continue to monitor and control the robot. Because the network is essential in monitoring and controlling the robot. So when we do hit the 5G era, we're looking into the possibilities for applying that to our robots." 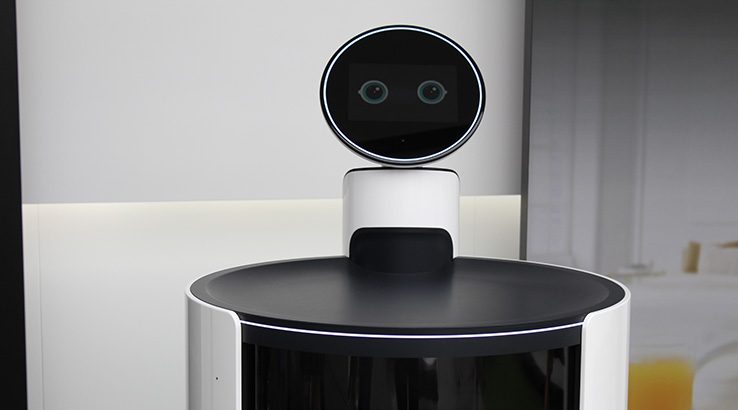 Without a network connection, if it goes down, it can move around by itself, and it has a self-operation mode."

While the NBN rolls along, there's a huge gulf in the quality of connections between South Korea – typically held to be in the top three connected countries worldwide – and Australia. A connected robot isn't going to be much good in an area with spotty Internet connections, so what happens then?

But if it's necessary and it looks like the network connection isn't going to be that stable, we can definitely have a safety manager onsite to make sure it can provide a consistent level of performance. Currently in the market we do have a case where a couple of robots are managed by an onsite manager in case of a low connection scenario." 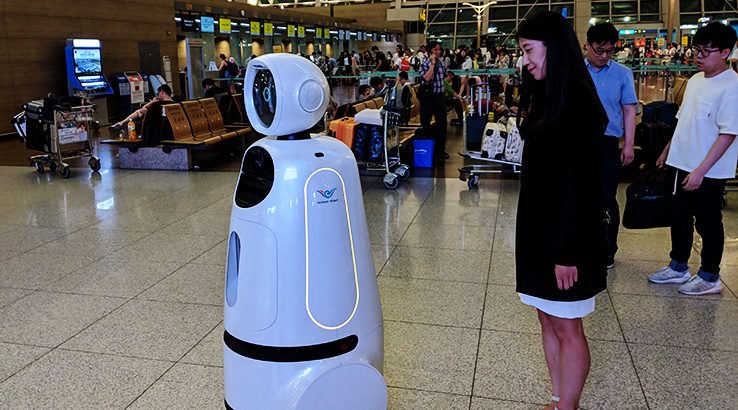 Any network connected robot is one that is open to interference, and that brings with it the spectre of hacking. Here LG is working with the companies that are deploying its robots to keep people safe from malicious usage according to Mr Choi.

"For communication and connection between the airport's private network and the robot, we do use 4G, but in an encrypted format, so it can be secure." 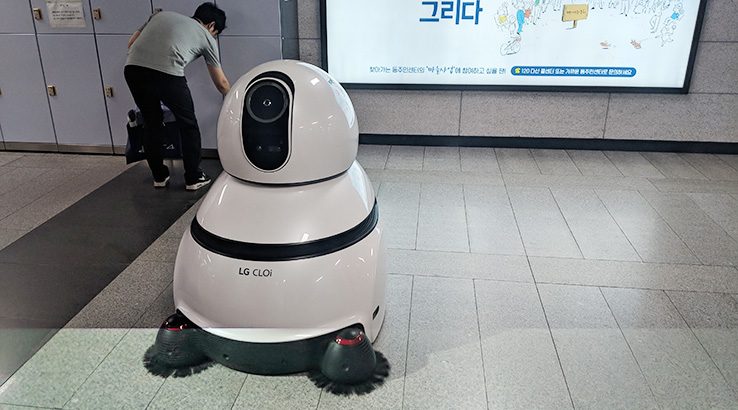 There's little doubt that the current CLOi Airport Guide Robot is eye catching, and no doubt a good advertisement for LG generally, but Choi is adamant that it's a growth market, although he's not willing to reveal quite how large he thinks it could be.

"We don't have any specific numbers. To talk about the Guide Robot, for example, in 2017 at CES we showcased robot for the first time. There are about 40-50 cases that are very interested in the guide robot, for example large shopping malls or international airports. So for high-end commercial facilities we definitely believe there is a need for robots."

With the Qualcomm Snapdragon 845, dual wide angle lenses and AI to make your photos pop, the LG G7 ThinQ is LG's greatest smartphone yet.

At CES 2018, LG showed off three delivery robots for bags, hotel room service and shopping, and while they're sitting (do robots sit?) to the right of me during the interview, they're also not moving much. That's because there's still work to be done there, including a weight-loss regime for these bulky robots before we'll see them in shops or hotels.

"There's the three robots (which LG showcased at CES 2018), and they're in the category of delivering items. The design is very fancy and it looks sophisticated, but in order to commercialise, we need to slim them down a little bit. The size needs to be a bit smaller in order for these robots to be applied to shopping malls or hotels. That will be our next major project."

Alex Kidman travelled to South Korea as a guest of LG Electronics.