LG pitches AI as the future of tech at CES 2018 for TVs, robots and washing machines 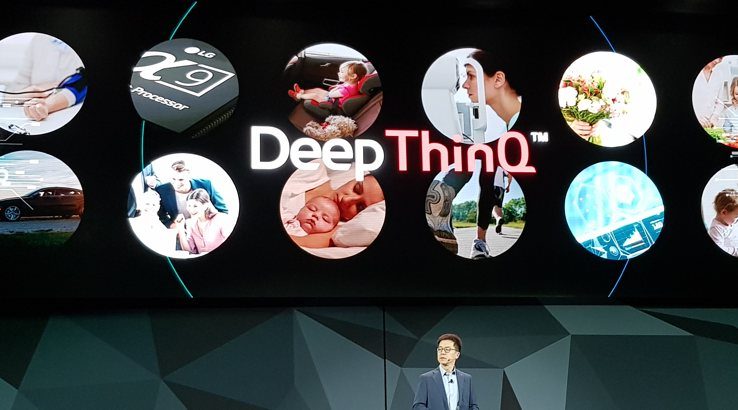 LG's gadgets this year will all feature LG's ThinQ AI for everything from driving controls to TV selections.

At its launch this morning at CES 2018, LG has unveiled its particular technology pich with a strong focus on AI, via branding that LG will call "ThinQ".

The core idea is that LG's appliances will use the ThinQ AI platform to learn your usage patterns. Thanks to the inclusion of Wi-Fi across their ranges, they'll talk to each other over time building up a profile of your usage patterns, whether you're a streaming TV junkie with an LG TV, or an owner of an LG washing machine and dryer with regular washing patterns.

LG also pitched that its ThinQ platform could be used by an intelligent car to check with your fridge to let you know if you're running low on groceries, or set home air conditioning to fire up at just the right time before you get home. While it's not clear at this point how much of the ThinQ gear will hit Australia, that latter could have quite an impact, given our own research that suggests that leaving the aircon on when you're out could add up to $758 to your quarterly power bill. 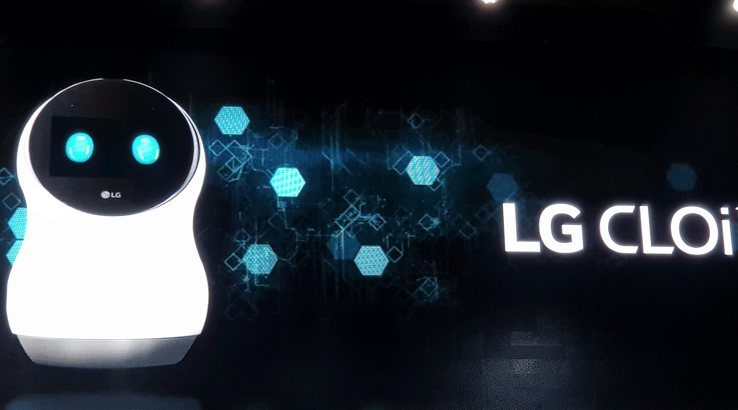 Every good AI needs a personality, and in LG's case, they're using the rather Wall-E-esque robot designs they first showed off at CES 2017, via an assistant robot called CLOi. Rather like Google Home or Amazon Echo, CLOi is a voice-driven assistant that LG claims also has personality and emotion, thanks to an LED display with eyes that emote as you make requests of it. That's if it's talking, mind you.

CLOi did rather blank out a couple of times, although that could well be the mass of Wi-Fi interference from an audience of thousands of journalists. Or maybe, as the host noted, she was just having a bad day. Robots of the future, it seems, will have personalities, including those of grumpy teenagers.

LG's ThinQ AI will be an open platform, according to LG's I.P. Park. LG will provide the "best AI for our customers, whether it comes from our own or an external partner's solution. The world has become too complex for any provider to insist on a single solution." he said. This covers LG's entire product range, which means that it'll sell AI-equipped washing machines alongside AI-equipped TVs and smart devices.

That also means that LG is integrating services, most notably Google's Assistant across a range of new devices, including its new range of AI OLED TV sets. 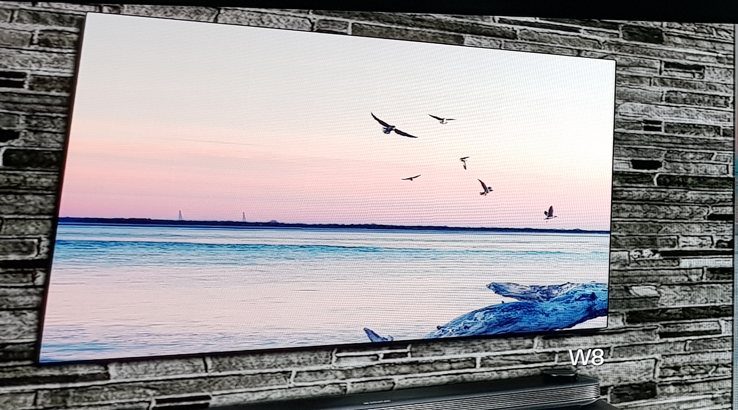 The new LG OLED TVs for 2018 will run on LG's new α9 processor with a claimed 35% improvement in CPU performance and similar improvements in GPU processing. The utility of that additional power should be seen in improved noise reduction, as well as the introduction of object-based image enhancement for improved sharpness.

With the integration of Google Assistant, as demonstrated on stage (and considerably less quirky than CLOi), LG will integrate everything from show information to pizza or Uber ordering, although those latter two features will remain US-only for the time being.

As with last year, LG used its launch to show off new concept robots, but where last year's robots were airport-centric, this year's are pitched at the hospitality and retail industry, with service robots for hotel room deliveries, luggage porting and even a concept robot shopping cart that can carry your groceries and scan them as you add them, potentially eliminating the need for checkouts, even self-service checkouts entirely. 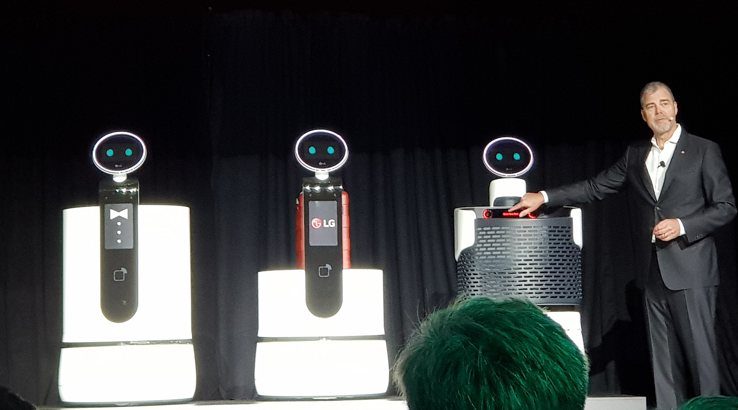 Whereas last year's airport robots were announced to be rolling out to Incheon airport in South Korea, LG didn't have any announcements about where they'll be first offering the new concept robots for real-world testing.

Alex Kidman travelled to CES 2018 as a guest of Samsung.