How to watch The Marvelous Mrs. Maisel season 4 online in Australia 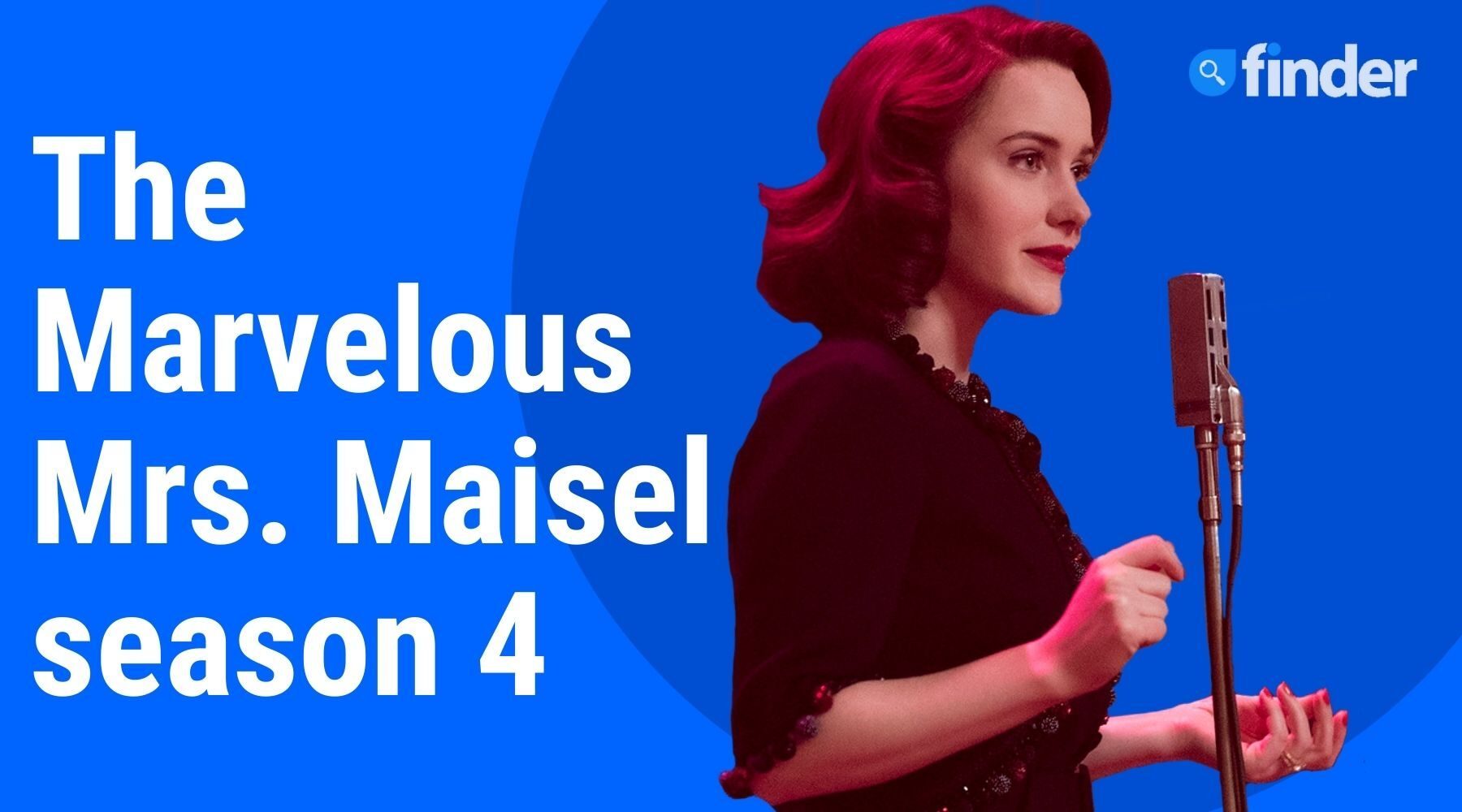 What do you do when you career takes a dive? You get back out there.

After a long wait – season 3 came out in December 2019 – Prime Video's period comedy hit The Marvelous Mrs. Maisel is making a fabulous comeback.

The highly-anticipated fourth season picks up just where the previous one left off, with Midge at a low point. Seeing her move pass this latest hurdle should be an absolute joy.

The downside? Episodes come out weekly this time around, so fans will have to tune in every Friday to catch up with Midge and company. It's a small price to pay to see Mrs. Maisel break fresh stand-up comedy boundaries in the bustling 60s.

When does The Marvelous Mrs. Maisel come out?

Season 4 of The Marvelous Mrs. Maisel premieres in Australia on Friday, 18 February with 2 episodes. Unlike previous seasons, episodes will come out weekly – 2 episodes per week over 4 weeks. Season 4 will consist of 8 episodes in total.

How to watch The Marvelous Mrs. Maisel season 4 online in Australia

Prime Video comes with a wide library of TV shows and movies, with something for everyone. Other highlights include superhero series The Boys, fantasy epic The Wheel of Time and Nicole Kidman drama Being the Ricardos.

Once your trial is up, subscriptions to Amazon Prime cost only $6.99/month. The service packs cost-effective perks like free or expedited shipping for select items, access to exclusive deals, free reading, free music and more.

As the new season of The Marvelous Mrs. Maisel kicks off, change is in the air. Quick refresh: when we last saw her, Midge was being unceremoniously fired as the opening act for Shy Baldwin's tour.

After a showcase at the legendary Apollo Theatre, Shy's manager let her go right on the tarmac before the plane took off for Europe. He felt like Midge's improvised set nearly outed Shy and decided to leave her behind, despite her contract. The same contract that Midge used as a collateral to convince ex father-in-law Moishe to sell her the apartment where she and Joel used to live.

"You should be a bigger man and let it go. Well, I'm a woman so f*ck that," Mrs. Maisel is heard saying in the trailer for season 4. That's pretty much her attitude moving forward. Devastated and angry after losing her biggest gig so far, Midge is done playing nice. She wants to do shows where she can speak her mind without anyone censoring her content. Unfortunately, finding the creative freedom she so craves will mean having to make a few compromises.

Her loved ones are facing challenges as well. Midge's manager Susie resorted to insurance fraud after she lost Midge's tour money due to her gambling problem. With Midge out of a job, she'll have to get the check from the insurance company quickly. Despite Sophie Lennon proving to be a handful, Susie still needs to sign more talent if she wants to flourish. Hopefully she'll have more luck with that in season 4.

Meanwhile, Midge's father Abe is navigating his new job as theatre critic for a newspaper, her mum Rose is launching a career as a matchmaker and former hubby Joel is busy running his nightclub – and spending quality time with his girlfriend.

The costumes and sets are just as glamorous as you remember, the performances are top-notch and the jokes are sensational. All in all, the new episodes are worth your undivided attention. Thank you and good night!