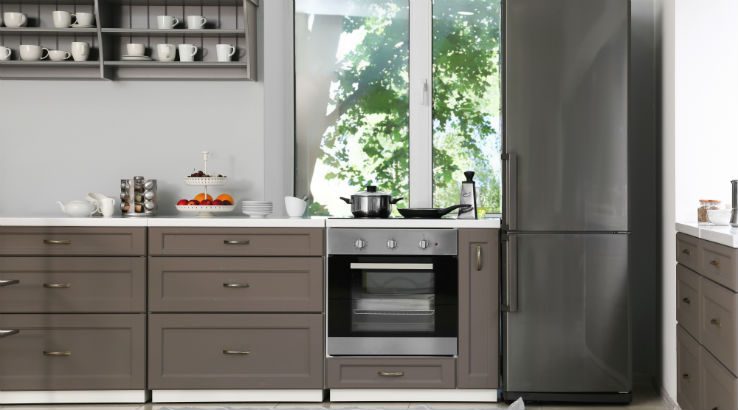 With a 5.5-star energy rating, this might just be the most eco-friendly fridge on the market.

Hisense has just announced the launch of its latest creation – the Hisense Black Steel 453L Bottom Mount Refrigerator. But this isn't just any refrigerator. This fridge is officially the most energy-efficient fridge in its class on the Australian market.

This latest Hisense fridge has achieved an impressive 5.5-star energy rating out of a possible 6 stars. It's a fridge that can help you cut back on your electricity bills and minimise your carbon footprint.

The Energy Star system is designed to give appliances, homes and even office buildings a star rating to determine their ability to compete with other products in their segment. A 5.5-star rating means that the new Hisense Black Steel ranks head-and-shoulders above other fridges around the 450L capacity, making it the most energy efficient in its class. There's only one other 5.5-star rated fridge on the entire market - the smaller 350L Liebherr Cnef 4315.

All that green comes in on budget, too. Unlike other green products that can cost a bit extra, this fridge will retail for just $1,699.00. And because of its energy efficiency, you can expect lower running costs, too.

A similar Hisense 453L fridge with a 4.5-star energy rating – a whole star less than the energy rating of the Black Steel – will use just under 300kWh per year (296kWh to be precise). Power costs a little different everywhere, but assuming your average price is $0.29/kWh, the less energy-efficient sibling from Hisense would run you around $86 per year to run. Hisense hasn't given us the total kWh the Black Steel uses per year, but you'll probably pay less than it costs to run its older products each year given the shiny new energy rating. 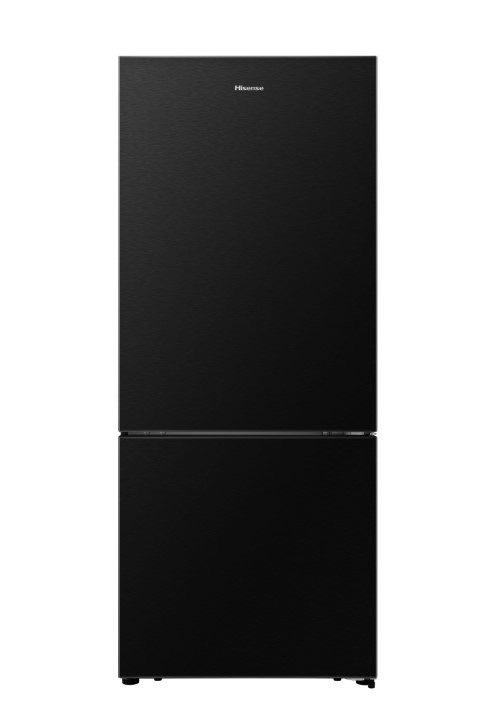 Andre Iannuzzi head of marketing at Hisense Australia said, "We are all increasingly concerned by rising household energy bills and the impact this has on our electricity use and on the environment. The good news is with reliable modern technology, refrigerators have never been more efficient."

"This is the most energy efficient refrigerator Hisense has ever engineered and we are very proud to be first launching in Australia," he added.

"The Black Steel 453L Bottom Mount Refrigerator demonstrates the role innovation and clever engineering can play in helping all of us be more eco-friendly without compromising on the size, functionality and convenience of a product."

Being green doesn't mean the fridge lacks bells or whistles, either. Along with something called vacuum insulation panels and an advanced Inverter Compressor Motor (anyone?), the fridge also uses ultra-efficient LED lighting inside and has nine interchangeable shelves for all your pots and saucepans. Those shelves are all kept around the same exact temperature as well thanks to something Hisense calls Multi Air Flow Cooling.

Plus, when you're going away for a while, you can turn on something called Holiday Power Saving Mode to make sure your stuff stays fresh while the doors stay shut.

The Black Steel from Hisense hits Australian stores from April 1 (no joke). You can shop Hisense at The Good Guys.

The 5 most expensive appliances to run in your home

Compare top mount fridges: How to find the right model for your kitchen

Find out about top mount fridges and…

Find out how to compare french door…

If you’re looking for a bottom-mount…

Wine fridge buying guide: How to buy the best fridge to store your wine collection

Find out how to compare wine coolers and…

FULL LIST: Which tech brands will Amazon Australia launch with?

Energy bill getting out of hand?

A complete guide to saving energy in and…