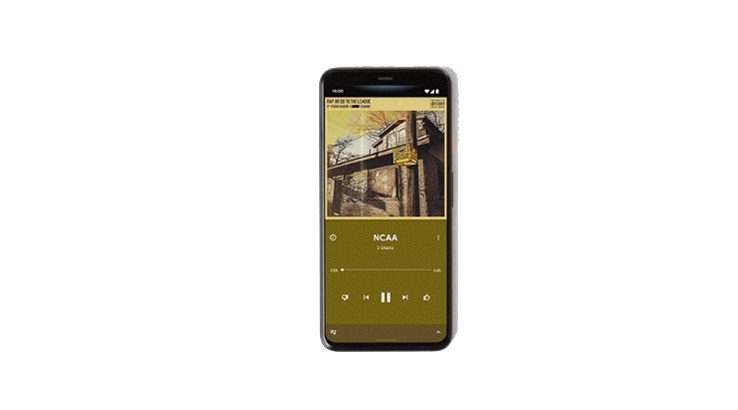 The world's worst kept secret in a phone will be heading down under quite soon.

It wasn't much of a secret that Google had a phone to launch, with just about every detail of the Google Pixel 4 and Google Pixel 4 XL leaking ahead of the launch in the early hours of the morning, Australian time.

It will also feature Google's first dual camera setup in a Pixel phone, with a secondary 16MP Telephoto lens to compliment the primary 12MP lens. Google's claim is that its improved Night Sight software working with the new lenses is capable of capturing astrophotography on a clear night, alongside a new "Live HDR+" feature that makes it possible to see what its inbuilt HDR processing will do to a finished photo before you actually take it.

As rumoured and leaked, it will also feature gesture control -- Google's fancy name for this is "Motion Sense" allowing you to unlock with your face, switch the display off when you're not looking at it and use simple gestures to skip tracks or silence the phone. Based on our experiences with the Google Nest Hub Max we're hopeful that Google can make a better case for motion gestures than competitors such as the LG G8s ThinQ.

While some early reports suggested that Australia might miss out on Motion Sense, Google Australia has confirmed with Finder that Motion Sense will launch when the Google Pixel 4 and Pixel 4 XL go on sale in Australia. Although oddly if you're in Japan, you'll miss out. No, I've no idea why either.

While the hardware leaked heavily, not all the software features were revealed ahead of launch. Google has heavily updated its inbuilt voice recorder with a focus on AI-led transcription and search features, making it potentially a good choice for students, journalists and anyone who hates typing out interviews or lectures. At launch, however, it will be limited to English language transcription only.

Google's also updating the inbuilt Google Assistant with the inclusion of multi-tasking and cross-app searching. We'll have to wait a while for those new features, with Google set to launch them in Australia "in Summer".

Google will sell the Google Pixel 4 and Google Pixel 4 XL in Australia from 24 October 2019, with pre-orders opening today. It ships in Australia in Clearly White, Just Black and a "limited edition" Oh So Orange finish. It's not clear how many units a "limited edition" has, so if you are keen on the more colourful Pixel 4, you're possibly better off not waiting for it.

The Google Pixel 4 and Google Pixel 4 XL will sell from the local Google online store, as well as JB Hi Fi, Harvey Norman & Officeworks, and on contract through Telstra, Optus and Vodafone. We're waiting to see local plan pricing for each carrier, so stay tuned.

The Nokia 1.3 is certainly cheap, but it…

It's an Impreza-based SUV, with AWD, a…

It cuts a few budget corners, but there's a…

realme's new flagship phone comes in at a…