zipMoney shows how far fintech could come with open data 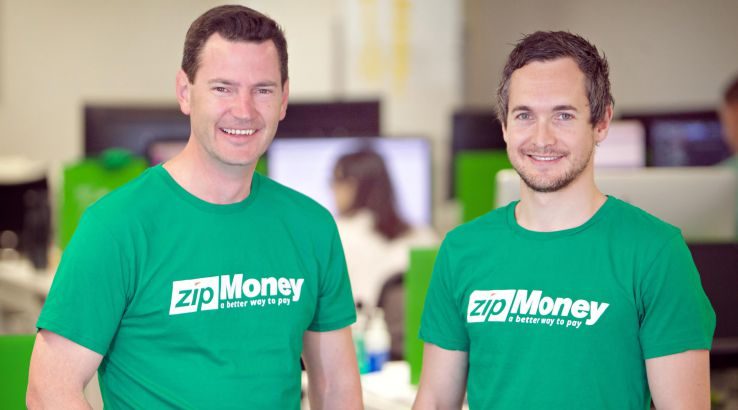 We speak to zipMoney CEO and co-founder Larry Diamond about the data that's helping it innovate.

Open data remains at the forefront of the Australian fintech industry's agenda, with the issue even being addressed in the recent parliamentary inquiry into the Big Four banks. While the big banks have said they are for data sharing, their hesitance due to security and privacy issues will likely push the D-Day further away from the suggested July 2018 deadline.

As the debate wears on, interest-free payments provider zipMoney's innovative platform demonstrates just how much things could change with open data.

"If you got to America and you sign up for PayPal credit, the data availability from credit files in America is very rich, whereas in Australia we still run a negative credit reporting environment," Larry Diamond, CEO and co-founder of zipMoney said.

"We were trying to work out how we can do this (zipMoney) with this seamless user experience where we can satisfy responsible lending in terms of asking certain questions, but then also mitigating the risk. And that's where we've been working on this engine that uses conventional credit data, but also non-conventional credit data, to make decisions."

This "non-conventional" credit data includes everything from device fingerprinting and social data to banking transactional data. The payments provider's recent partnership with Pocketbook also demonstrates its commitment to relying on rich data.

"They (Pocketbook) have been pulling bank data for about six years and they pull over 200,000 bank accounts. So they've got some of the best categorisation of banking data in Australia and I think the biggest non-financial bank data in Australia from its user base. So we work very closely with them on our data science to continuously work on the engine," Diamond said.

Interest-free payment platforms are not new, but providers such as zipMoney, Openpay and Afterpay are going about their platforms very differently to incumbents such as Latitude Financial and Flexi Group.

Diamond says zipMoney's use of conventional and non-conventional data has allowed us to get higher approval rates and lower loss rates.

"If you look at our loss rate it's probably at 1.3%, but we still recognise that we're not even close to $200 million. So it's still kind of seasoning, but guys like Flexi and Latitude might be at 3-4%. So there will be some seasoning, but we believe we're doing more diligence than them."

Some of zipMoney's competitors, namely Afterpay, have placed themselves outside of the credit landscape and see themselves as a retail product. However, Diamond believes that despite the differences between the platforms, it is all credit.

"My view is that we're all in this space, basically, focusing on trying to get a retail innovation solution for merchant and partners. And I think across all of us, the results are really good...But for the customer, at the end of the day, we do it as a credit solution."

Working with the banks

While the Big Four have tapped the brakes on open data, Diamond says its recent partnership with an unnamed Big Four lender came about because of their commitment to data integrity.

"I think the banking deal that we did two weeks ago is a sort of validation of that extensive data. That was really good for us to see that. They're like, 'You guys are doing some really cool stuff and we'd like to work with you.'"

While Diamond says zipMoney is "absolutely for" open banking, he feels the bank's rhetoric is definitely changing despite delays.

"I see that there's a natural momentum towards open banking. It will take a bit of time because there's red tape; it's the banking industry. What it will force though is the regulation of people accessing it and how they maintain the data."

"Consumers want this. So, you know, if I were to go in and hit export to get my data and put that into a tax app or a budgeting app, I'm entitled to do that."