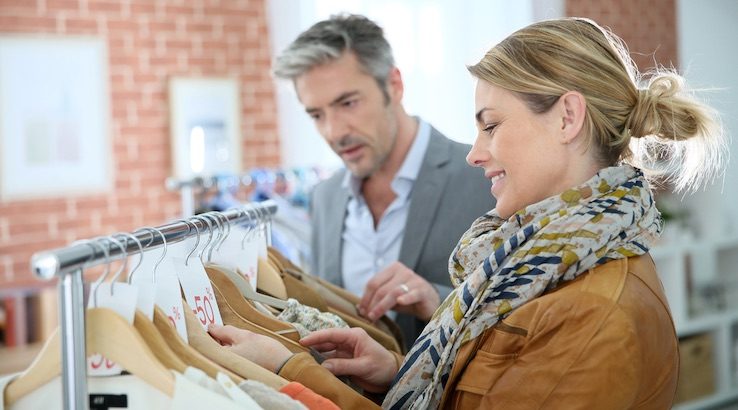 It's the latest technology to change how we shop and save, and has attracted the attention of regulators and the media, but the "buy now, pay later" sector still struggles with misconceptions about how it works, according to those in the industry.

With over 2 million customers now using a BNPL (or interest-free finance) platform, up from 400,000 in 2016, and 2 million transactions per month, the sector is quickly establishing itself as a legitimate alternative source of credit.

Provider revenue in the sector is predicted to reach $78 million in Q2 2018, according to an ASIC report into the industry released late last month. ASIC's report identified a number of risk factors with some providers, but concluded that the market was "diverse, evolving and growing rapidly".

There are still misconceptions over differences between providers and how the services are used that are being lost amongst the headlines, according to Zip co-founder and chief operating officer Peter Gray.

"There's a difference in how we stand alongside the credit cards or the other pay-later peers as they're being labelled. The ASIC review for us was awesome, in the fact that they named names, and they're now clearer on what are some of the fundamental differences between players. They acknowledge it's a relatively diverse segment," he told Finder.

An alternative to credit cards?

According to Gray, Zip was established to challenge existing credit providers and give customers greater choice. "We identified that the credit card model was fundamentally broken, and we had an opportunity to disrupt the credit card market by providing consumers with an unsecured line of credit in a digital environment for big transactions. I think we, as a mandate, wanted to give consumers better terms than were currently available, which means interest-free on every transaction," he said. "We also saw the lack of technology in the offerings that were in-market. No real-time decisioning, no online applications, etc. Things have changed over time, but that was fundamentally the value, or the opportunity that we saw."

The perception that all buy now pay later providers were therefore irresponsible with how they provide credit is incorrect, says Gray. "I think one of our bug bears is [the idea] that we're cutting corners on the underwriting side. It actually couldn't be further from the truth. The amount of data we're consuming at that point of application is far superior to any other credit provider in Australia. And that enables us to deliver real-time decisions with confidence, off the back of that huge amount of data that we consume."

"We're undertaking a credit and ID check on every single customer, we've introduced the banking verification step to our unregulated product, which is Zip Pay, which we would be required to do for every step. So we're underwriting with significant due diligence every single customer, and subsequently we decline a lot of customers."

Another misconception is that buy now pay later services are only used by younger customers for small, impulse purchases, according to Gray. "We think there's a perception out there that these products are solely used by millennials to purchase fast fashion and impulse purchases. Certainly with some of our competitors that's perhaps the case, but we have significantly broader utility than that. We've recently rolled out with Bunnings, our account concept has penetrated home improvement, health, travel, all sorts of verticals."

While 60% of BNPL users are 18 to 34, and 40% earn less than $40,000 per year, Gray believes the idea of them as irresponsible spenders isn't supported by the data. "We think millennials have got a bit of a bum rap, and that they're actually much more financially savvy than perhaps the common perception is. And what we've found is they really know the differences between a good deal and a bad deal. And to insinuate that they're signing up for this as a lender of last resort and not understanding that they're a good deal is false," he said. "The millennials and some of the users in the buy-now, pay-later space have no relationship with a bank. They have no trust, they have no recognition or affiliation with them."

Zip chief strategy officer Tommy Mermelshtayn believes buy now pay later providers have helped open the credit market to new customers. "One of the things that we do is we do variable loan sizes. So there could be a customer that has got a part-time job, or is just out of school, got their first job, they don't have a deep credit history, this is potentially their first credit product. And we want to start building a strong financial relationship with them, and we want to grow with them," he told Finder.

While providers such as Afterpay, Openpay and Oxipay earned at least 10% of their revenue from late fees, this figure was 2% or less for providers such as Brighte, Zip and Certegy. These discrepancies show the stark differences in business models between providers, which are often ignored in the reporting, according to Mermelshtayn. "In the media it's all from this view that these products are preying on customers that are on the verge of financial hardship. There are stories where certain customers might be overextending themselves, and this is the tip of the iceberg. That may or may not be true with other players, but it's clearly not true with how we operate in terms of the number of hardship requests we get and our late fees," he said.

"If you think about [late fees] as a proxy of whether [a customer] can afford it or not, then obviously if you're getting charged a late fee, it might not be suitable for you. So if it's one out of every four customers, there is a question whether that is the right product for you, or whether you can actually afford that product or that purchase."

While currently buy now pay later providers are not regulated under the National Credit Act, both Gray and Mermelshtayn believe all credit providers should be regulated and would support an ASIC decision along those lines. According to Mermelshtayn, there are regulatory measures that could be taken to protect customers, without stunting the growth of the sector. "We think there should be a minimum standard of due diligence that players adhere to. We do believe there are potential consumer harm around late fees, with the ways certain products are structured, and those should be capped."

"From an overall standpoint, we're quite keen to continue to grow as a business, to leverage new technologies, to be innovative, dynamic, growing the teams, growing our customer base and leveraging those things. And I think there's probably the right regulatory regime that needs to fit to encourage that type of growth. So there needs to be a safeguard, but it can't be overly burdensome or prescriptive. And I think also articulating that over the next couple of weeks will be critical."