Zip is looking to the future of consumer payments 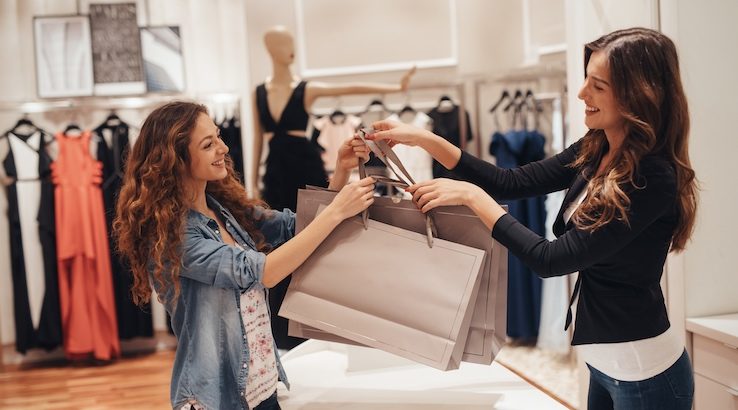 As with any potentially disruptive technology, the buy now pay later industry has endured its share of challenges in its journey to establish itself as a mainstream payment option.

Now, having successfully weathered the twin storms of an ASIC and Senate inquiry, it's relatively clear skies ahead for the sector as it looks to build on its recent growth.

The tip of the iceberg

According to a recent Roy Morgan survey, 1.59 million Australians used buy now pay later services in the 12 months to January 2019, and according to the ASIC report, the sector processes over 2 million transactions a month. Despite the impressive growth, there's still work to be done as buy now pay later providers look to take on the formidable credit card market.

While it's clear the sector has plenty of room to grow, Zip co-founder and COO Peter Gray says the figures are impressive for an industry in its relative infancy.

"Buy now pay later has essentially been around for two or three years, so the fact that almost half the population is aware of it and almost 10% have used it clearly shows the penetration and adoption of these products. ASIC obviously identified similar sorts of findings and that these products are here to stay, because of their simplicity and user friendly terms," he told Finder.

Wind in the sails

Millennials and generation Z account for 75.7% of all buy now pay later customers, according to Roy Morgan, but Gray believes this is encouraging for the future of the sector.

"What's interesting is what will happen as millennials get older and get more buying power, as they get into higher paying jobs and move through the life cycle. Given that they're early adopters of these products, that shows the huge potential that's still available as they continue to use them," says Gray.

While the younger generations make up the lion's share of users, Zip aims to appeal to customers of all ages. "The Zip product construct gives us a broader appeal in terms of addressable consumer and industry verticals. We're playing in home improvement categories, which might have a slightly older customer: someone who's probably more financially savvy and who might be making improvements to their home," he said.

"They may have access to and experience with other forms of credit, but are still choosing solutions like ours, because of the benefits and the terms."

Throwing caution to the wind

Having recently raised $42.8 million in capital funding, Zip is now looking to push ahead as a mainstream payment option and legitimate competitor to the credit card market.

"We really want to accelerate the growth of the company and the ways we can do that is by moving from this concept of buy now pay later to a true credit card disruptor. We can do that by penetrating everyday spend categories, such as groceries and fuel, improving the user experience in the way that consumers transact" says Gray.

"We will continue to partner with some of Australia's leading brands to give our customers more places to shop. Broadly speaking, our shorter term strategy is: more customers, more places, and more transactions."

Gray believes the key now is to explain to customers what they can get out of buy now pay later services. "I think we've done a pretty good job in the last 12 months of differentiating ourselves to retailers and consumers about our different operating model. We're slightly more responsible, we are doing the underwriting and the checks as part of our onboarding. What we need to do is continue to educate our consumers on how our products can be used, giving them more benefits and more reasons to use their account," he said.

Another factor in favour of buy now pay later providers is the issues currently facing the credit card industry. "The overall credit card market is really interesting because the number of cards in market is obviously declining and the millennial take-up of these products is lower. They have less affiliation with the credit card providers and no trust in terms of dealing with the big banks," says Gray.

"There's sort of a perfect storm of challenges for the traditional credit cards. The cost of operating a credit card program has increased, particularly with regard to loyalty and points, which has typically been a strong draw in terms of getting customers to use those products. The regulatory environments also make it harder for some of these guys to continue to play.

"So how do they deal with those challenges? How do they acquire the millennial cohorts as their traditional customers get older? We believe they've got a lot of work to do, and given that we're acquiring 50,000-60,000 customers a month: they'd be killing for that sort of acquisition."