Zcash has been vulnerable to a counterfeiting bug since its launch

That Zcash was never attacked is a testament to how obscure this problem was.

Thanks to an obscure and ultra-specific vulnerability, it's been possible to print an unlimited amount of Zcash all along. This vulnerability extended to Horizen, Komodo and others, but has now been fixed.

The bug was discovered on 1 March 2018 and fixed with the Sapling update on 28 October. During that time, only four people knew of its existence. From October to now, it was selectively disclosed.

Full public disclosure of the bug came on 5 February 2019, and now the whole world knows.

The bug took the form of a cryptographic error, which quite a few expert eyes skipped over before Gabizon caught it. And one of the reasons no one caught it sooner is because it looked like this: 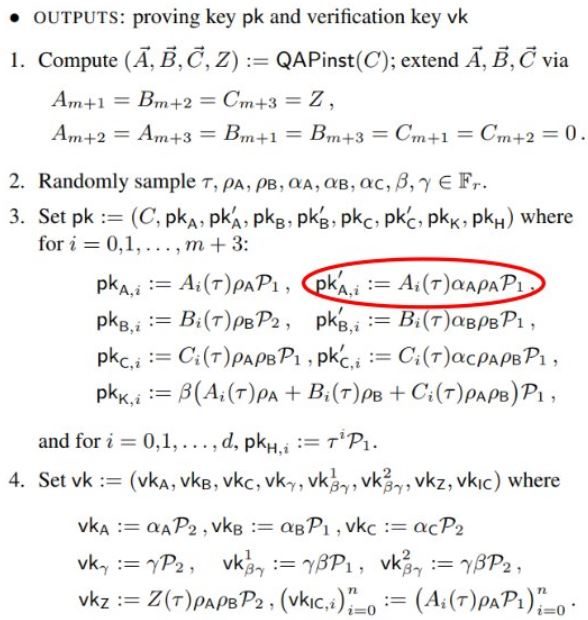 What the heck am I looking at?

Zcash's privacy system basically works by blending up a bunch of numbers into a smoothie. These smoothies are transactions. You can't tell which numbers went into it just by looking (transactions are private), but the blockchain can still taste the smoothie to confirm whether it has all the right ingredients (miners can still verify transactions).

What you're looking at here is a set of instructions that tells the blockchain what kinds of flavours it should be able to taste in this number smoothie. If it tastes any flavours that aren't on the list, it freaks out, assumes someone's poisoned the smoothie and vomits up that toxic transaction.

The mistake is that some unnecessary extra flavours were included on the "not poison" list as a holdover from earlier versions.

This is dangerous because it lets someone make fake smoothies, flavour them in just the right way, and then feed them to the blockchain. Ordinarily, it would taste completely wrong and be rejected by the blockchain, but with the help of this mistake, they could pass the taste test.

The complete recipe book is the Zcash MPC Ceremony Transcript. It was publicly available when the vulnerability was discovered, but it was taken offline when the bug was discovered to prevent anyone from accessing it.

To help allay suspicion, the Zcash team explained its removal with a cover story along the lines of "It's gone? That's weird. Must be some random hosting issue."

Two suggestions were floated when the vulnerability was discovered. The first was an emergency update, while the second was a slower, more careful and more subtle update.

The team opted for the latter on the following grounds:

It proved to be a good choice. Zcash was patched up with the Sapling update in October, at which point Horizen and Komodo were individually informed. The entire thing was so cloak and dagger that even Zcash's director of product security didn't know about the vulnerability until after it was fixed.

And mirroring the paradox of privacy cryptocurrencies on public blockchains, the Zcash team has simultaneously been completely secretive and entirely transparent about this issue. 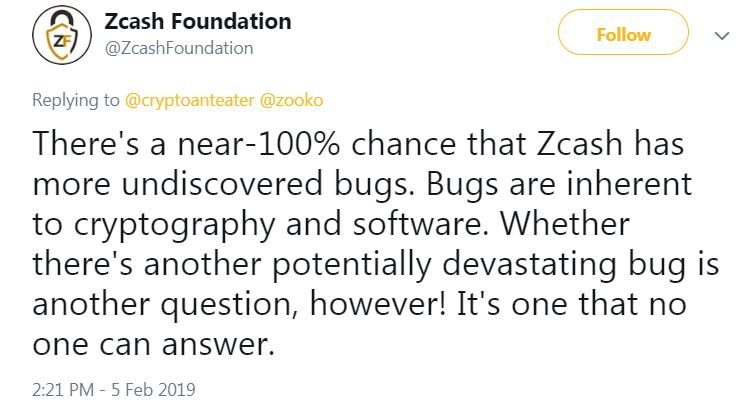