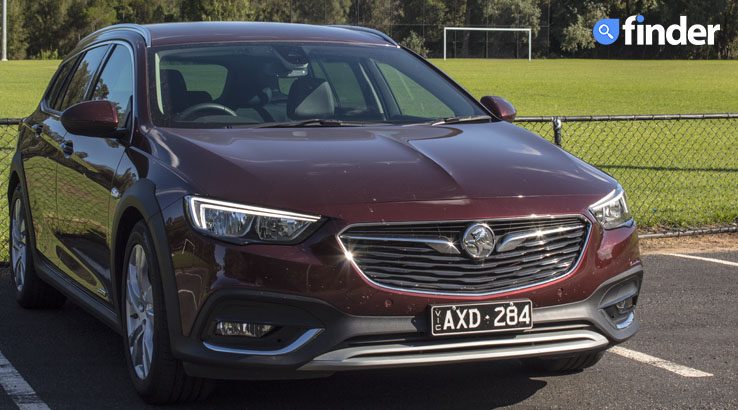 It's fair to say that things haven't gone to plan for Holden since the introduction of their German-made ZB Commodore. In March 2015, Holden shifted 2,436 Commodores to the adoring Australian public. But four years later, in March 2019, it's a different story with only 423 driving off the showroom floor.

We hopped in the ZB Commodore Calais Tourer to see if, priced at $45,990, Australians should be considering the fifth-generation Commodore if they are in the market for a new vehicle.

Now, I'll be the first to admit that the ZB Commodore doesn't have the signature styling or profile of the historic Commodores. It is smaller and lacks the same, aggressive stance that those of old did. If you look at it objectively, putting the fact that it wears a Holden badge to one side, it isn't a bad looking car.

It's functional too. If you are buying a wagon, I'd hope that you are purchasing it for storage space. The Calais Tourer has ample boot capacity, with a grand total of 560 litres of space to the top of the seats and 793 litres to the roof with the rear seats up and 1,665 with them down. A hands-free power tailgate means that you can access the boot with your hands full. There are also seat-release latches within the boot that will automatically and instantly fold the seats down – handy for the times you start loading the car only to realise you will need the extra space later. A cargo cover also comes as standard as does a 12V socket in case some of your cargo needs power.

When you get behind the wheel, things aren't all that dissimilar to the VF Calais that the ZB is replacing. You get heated leather seats and touch-points, push button start, telescopic steering column adjustment and easy-to-use, logically laid out control buttons. Rounding out the interior is an eight-inch touchscreen infotainment system, which is also clear, uncomplicated and features Apple CarPlay and Android Auto functionality. Holden's voice assistant works well, calling who you ask it to, not who it feels like phoning. 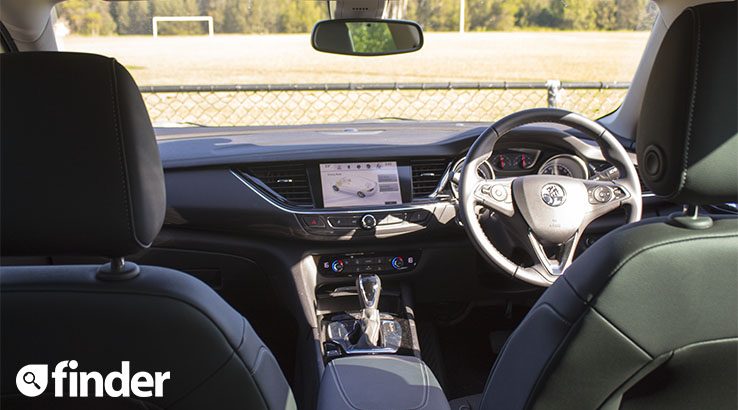 There is also the fact that when you get past the fact that it isn't an Aussie born and bred Holden, it actually is engaging to drive. Its 3.6L V6 petrol engine, producing 235kW and 381Nm is mated to a 9-speed automatic. And while Australia's politicians are arguing about electric-vehicle targets, this high capacity engine keeps its cylinder head down and goes about its business well, although it does get a bit bogged down if you put your foot through it.

Power is transferred to the road through all four wheels – another point of contention for the Holden faithful. If you are purchasing a Calais Tourer though, chances are you aren't going to want to go around every corner sideways and the AWD system deployed by Holden is quite good for real-world driving.

Using something called "twinster" technology, the Holden Calais Tourer's adaptive AWD system reads the road inputs up to 100 times per second and is able to distribute power between the front and rear tyres for optimal power distribution.

Holden states that the expected combined fuel economy is 9.1L, but we saw a low of 10.5L per 100kms.

As with the Acadia, Holden hasn't just shipped a model from overseas and called it a day. With over 200,000kms of local testing conducted, engineers made changes and tweaks. And it shows. While the Calais Tourer we drove wasn't among the smoothest riding vehicles we have tested, we wouldn't have a problem hopping in it and traveling long distances.

If you are going to be laying down the miles in the Tourer, it is worth noting that there is a space-saver spare tyre.

The 5-star ANCAP rated Tourer includes safety technology like lane-keep assist, making sure you don't drift out of your lane while you're scrambling for the chips you dropped down the side of your seat on said trip (don't actually do this, get them later). There is also autonomous emergency braking with pedestrian detection, a 360-degree camera, rear cross-traffic alert, blind-spot monitoring and adaptive cruise control.

Further to the safety tech above is the advanced park assist feature, which will basically parallel park for you – a great addition for city driving.

There is also a wireless charging bay, tucked away in the centre console to keep your battery topped up. I can appreciate the positioning of this feature too. Secured out of sight, drivers aren't going to be able to check their phones every five seconds. 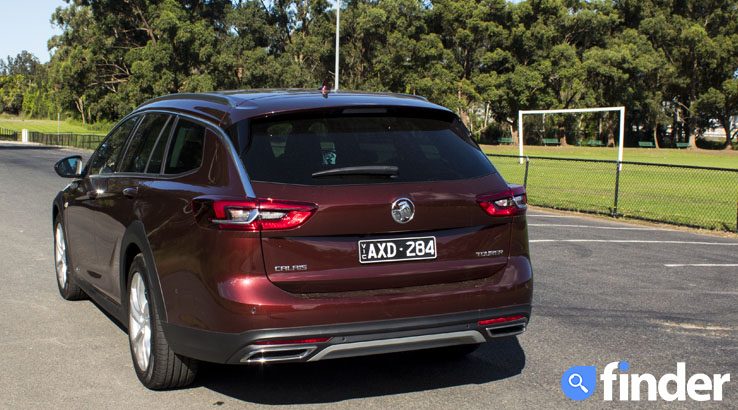 Legroom is generous for rear passengers who have two fast charge USB points to connect devices to as well as two cup holders and some small storage bins in the doors. ISOFIX mounting points are also included so you can safely fasten child seats.

You can find the capped price servicing costs and intervals below.

If you're a Holden tragic and are able to look past the fact that they are no longer Australian made, you are getting a good, refined, German vehicle for the price. The Calais Tourer is functional and easy to live with, which is what you are looking for if you are buying a wagon.

You'll also get a five-year uncapped warranty on all new Holdens, such is their confidence in them.

If you're looking for a five seater, with plenty of space, at least give the Commodore a test drive.